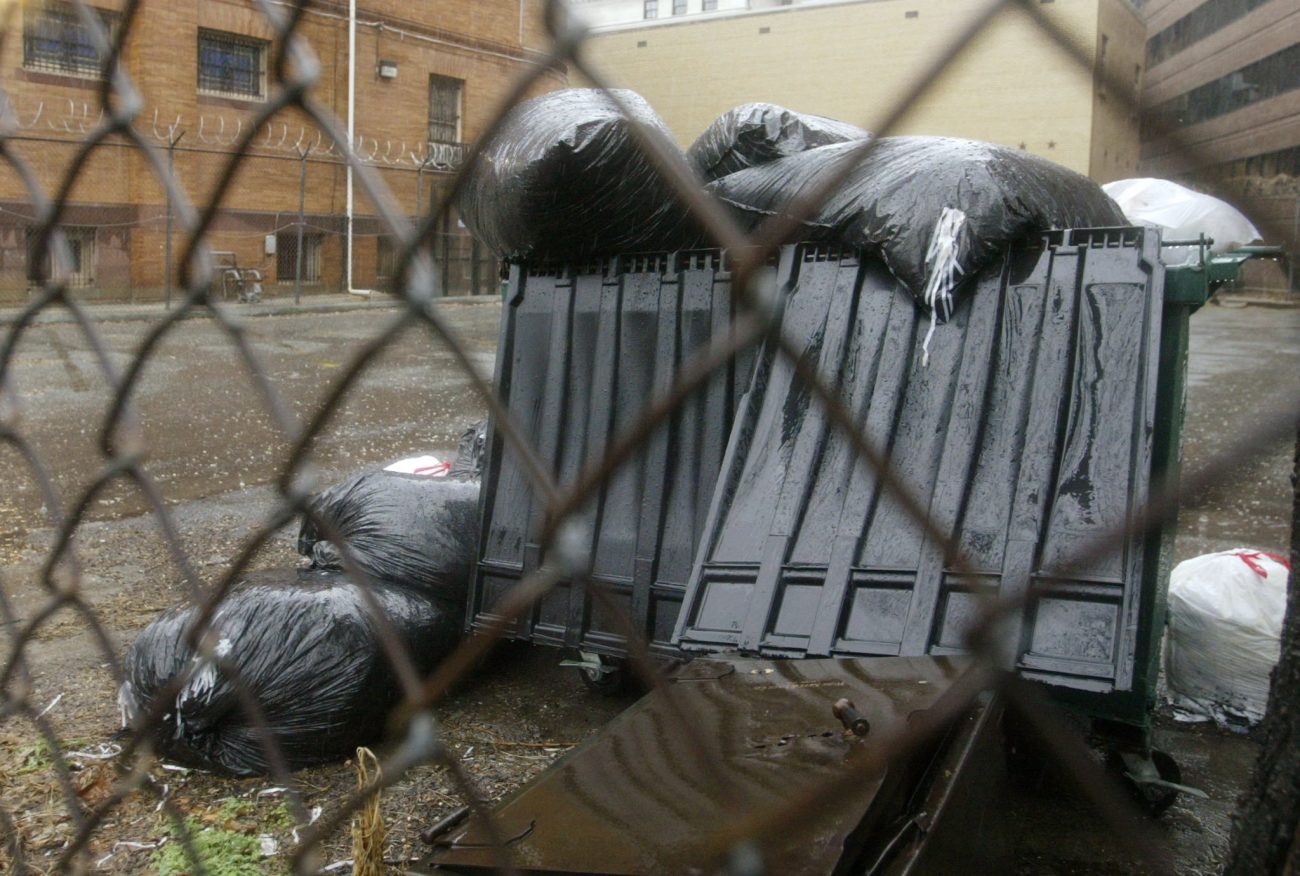 A dumpster is seen in this illustration photo. An 18-year-old mother was charged with attempted first-degree murder Jan. 10, 2022, after authorities in Hobbs, N.M., said she left her newborn child alive in a dumpster. (CNS photo/Peter Jones, Reuters)

In 20 years of community organizing, resulting in more than 300 cases of newborns saved from infant abandonment, Floridian Nick Silverio has never actually witnessed a criminal child abandonment in progress.

Until, that is, a group of people looking through a dumpster in New Mexico Jan. 7 discovered a newborn infant boy in Hobbs near the Texas border still alive and reportedly wrapped in a dirty blanket with his umbilical cord still attached.

Surveillance video taken outside near the dumpster and recently aired on national news led police to the arrest of a teen mother, showing the moments Alexis Avila, 18, allegedly tossed a black garbage bag into the dumpster.

Police have charged the woman, who has confessed to the crime, with attempted murder and child abuse.

Avila reportedly told police she gave birth to the boy in her parents’ bathroom earlier in the day and panicked. She allegedly stuffed the baby inside two plastic bags, one with other trash, and put him in the dumpster.

“She got out of the car very slowly and threw the baby in like you would throw out the trash — we have never seen that happen (on video),” said Silverio, a former information technology business owner who is the founder of A Safe Haven For Newborns near Miami.

A network of volunteers, hospitals and fire departments in Florida works to save infants from the dangers of abandonment and an almost certain death. A Safe Haven For Newborns operates a 24/7 hotline that connects mothers in crisis around the U.S. with safe and legal options for placing their children in an adoptive home.

Many state laws allow mothers or fathers to take an unharmed newborn up to seven days old to a designated safe haven drop-off location such as a local hospital instead of leaving them somewhere else or doing something they will later regret.

“It was horrific, it breaks your heart to see the callousness of someone abandon a life and destroying her own — her life is over now basically,” Silverio said of the New Mexico incident.

If the teen had known about a safe haven, “would she have exercised that option?” he wondered.

If she did know of it, hopefully she would have sought help, he added. “I don’t know what gets into the mind of someone like that; it seems they are not connected to society and do they know that there are options for such a situation.”

“I’ve talked to different people in the last few days who’ve said, ‘That’s terrible’ and ‘What a horrible person,'” he told Catholic News Service, “but the idea is to take something negative and say, ‘How are we going to fix this and what are going to do about it?'”

Silverio points out that in his home state of Florida, a strong safe-haven network of community agencies, state law enforcement, fire and rescue personnel and hospitals are ready to step in and prevent child abandonment. There hasn’t been a single illegal child abandonment in the past two years, he said.

Like other states, New Mexico has a safe haven law, which allows parents to leave a baby younger than 90 days at a safe location without criminal consequences.

State legislatures around the nation began to pass these laws in the early 2000s in response to reports of gruesome baby killings and abandonments, which received copious media attention.

Avila, the New Mexico mother, reportedly told detectives that she was not aware that she was pregnant until Jan. 6 when she sought medical attention for abdominal pain and the next day unexpectedly gave birth.

“It is not just teenagers, we have had (hotline) calls from women as old as 41,” said Silverio, who is a member of Christ the King Parish in Perrine, Florida, as well as the Knights of Columbus and the Order of St. Lazarus of Jerusalem, known as the Lazarists.

Following his wife’s death in 2000, Silverio saw a magazine article about child abandonment worldwide and discerned it was God suggesting a new purpose for the remainder of his life.

In keeping with his IT roots, Silverio said A Safe Haven for Newborns has a strong presence on social media where teen mothers are likely to find them.

A successful intervention means not only that a child’s life is saved, allowing the child grow to adulthood, but a parent also is saved from criminal prosecution and a lifetime of guilt, while the hopes and dreams of parents waiting to adopt also are fulfilled.

“It is a huge problem for the (New Mexico) woman, who will be charged with a serious crime and (be) incarcerated and stigmatized for the rest of her life, and the child the same: He will have to live for a lifetime with the knowledge of being thrown into a dumpster.”

“We are reaching out in every way we can but would we have reached (the New Mexico mother)? I don’t know,” Silverio said, “but we need to keep on trying.”

“When a baby is left with a safe haven,” he added, “they grow up and discover there are mothers who loved them enough to provide a family for them.”

Learn more about A Safe Haven for Newborns and its confidential, 24/7 multilingual referral helpline.