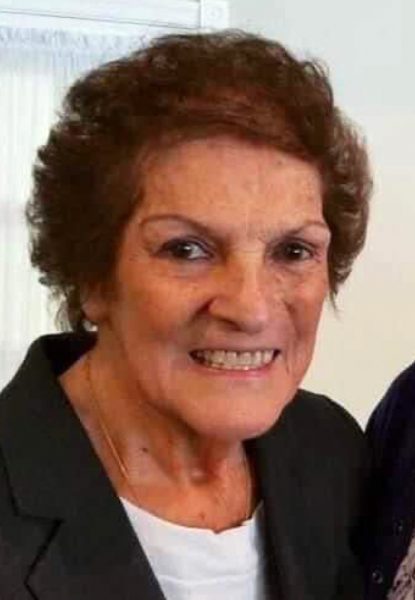 Before the luxury of Internet and cell phones, sports media relied on an ancient device called a “landline.” Concepts such as “Google” and “text messaging” were about as realistic as an episode of ‘60’s television cult-classic “Star Trek.”

Back then, if reporters needed immediate information while facing something called a “deadline,” they dialed the phone and risked waking up an entire household to ascertain “pivotal information” such as final scores, game details, individual statistics and maybe – for the most courageous scribes – a direct quote.

If there was one local person who went out of her way to provide anything to assuage a reporter’s angst, it was Pat Biello. You could call her during the day at John W. Hallahan High School, where she spent nearly half a century as an athletic director, basketball coach and physical education/health teacher. If not at Hallahan, you could call her at home and leave a voice message on this cool new invention, an “answering machine.”

If really, really stuck, you could call her after she got home from school, usually sometime around 10:30 or 11 at night.

When it came to Hallahan athletes – or any young athlete, actually – Pat Biello knew no bounds of cooperation. She was indeed a champion of youth.

Never married and still reeling from the death of her beloved younger sister Peg seven months earlier, Ms. Biello left behind two brothers, one sister, 12 nieces and nephews, 24 great-nieces and great-nephews, hundreds of friends and countless former high school students who collectively recalled her as a truly outstanding human being.

“My aunt was very modest, and since her death we have learned truly how many lives in the Philadelphia area that she touched,” said niece Judy Biello. “She was bigger than life and cared for everybody. She was a phenomenal coach and mentor to women and ahead of her time.

“We were blessed. It’s a huge loss to her immediate family and her extended family.”

One of Ms. Biello’s longtime colleagues, Pat Morris, was a contemporary fixture at Little Flower, where she taught for 45 years and served as athletic director from 1986 through 1996.

“Pat believed in doing ‘little things’ without looking for rewards or recognition,” said Morris. “She always promoted girls’ sports back before it was in vogue. She recognized the good in each of her Hallahan girls, and her family and friends were very important.

“Pat was amazing and inspirational. Most of all, she was someone I was fortunate to call my friend. The Hallahan community truly lost the heart and soul of their family.”

A former player at Little Flower who graduated in 1976, Buchter emulated Ms. Biello’s approach to student-athletes during her successful career as a well-respected basketball coach at Little Flower that ended last year.

“Pat Biello was a great lady,” said Buchter. “She was a spokeswoman for girls’ sports.”

“Pat still came to Hallahan once a week for ‘hot dog day’ and ran the sophomore spirit day event every year,” said Gallagher. “The event was a combination of sport and games at the softball fields. She loved being around the students and they loved having her around.

For many years until its closing in 2021, Hallahan named its athlete of the year award after Ms. Biello. 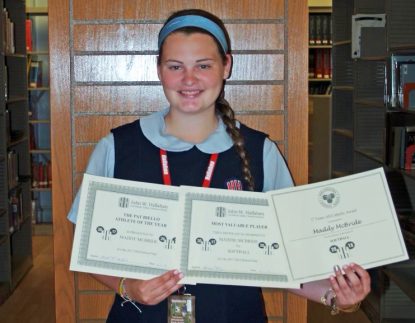 The 2018 recipient, All-Catholic softball pitcher Maddy McBride, established herself as a big-game pitcher during her four-year scholastic tenure, particularly late in the regular season and in the playoffs.

McBride cited Ms. Biello as one of the team’s sparks.

“Pat Biello had a significant impact on so many young women at Hallahan,” said McBride. “I remember when I first met her my freshman year during softball season. She was so excited about how well we were doing in the PCL. Ms. Biello would give the team positive words of encouragement before big games. She really helped us win big games, because we always seemed confident and calm after talking with her.

“When it came time for playoffs, Ms. Biello would be sure to come to our games and also bring the sisters who worked at Hallahan with her. It was comforting to have them there.” 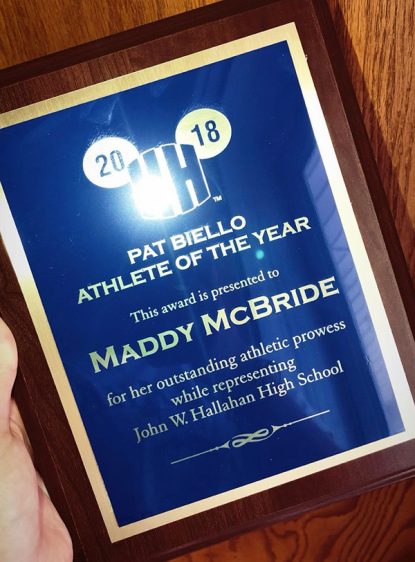 Receiving the Pat Biello Athlete of the Year Award as a senior, said McBride, furnished a simultaneous sense of humility and pride.

“It meant a lot to me to receive an award named after such an outstanding person,” said McBride. “It is something I’ll never forget. Ms. Biello made an impact on youth and was always such a positive person to be around.”

PREVIOUS: Catholic athletes give thanks for the memories this year

NEXT: Long road to college decision pays off for Wood lineman