Missionaries of Charity forced to close orphanage in India 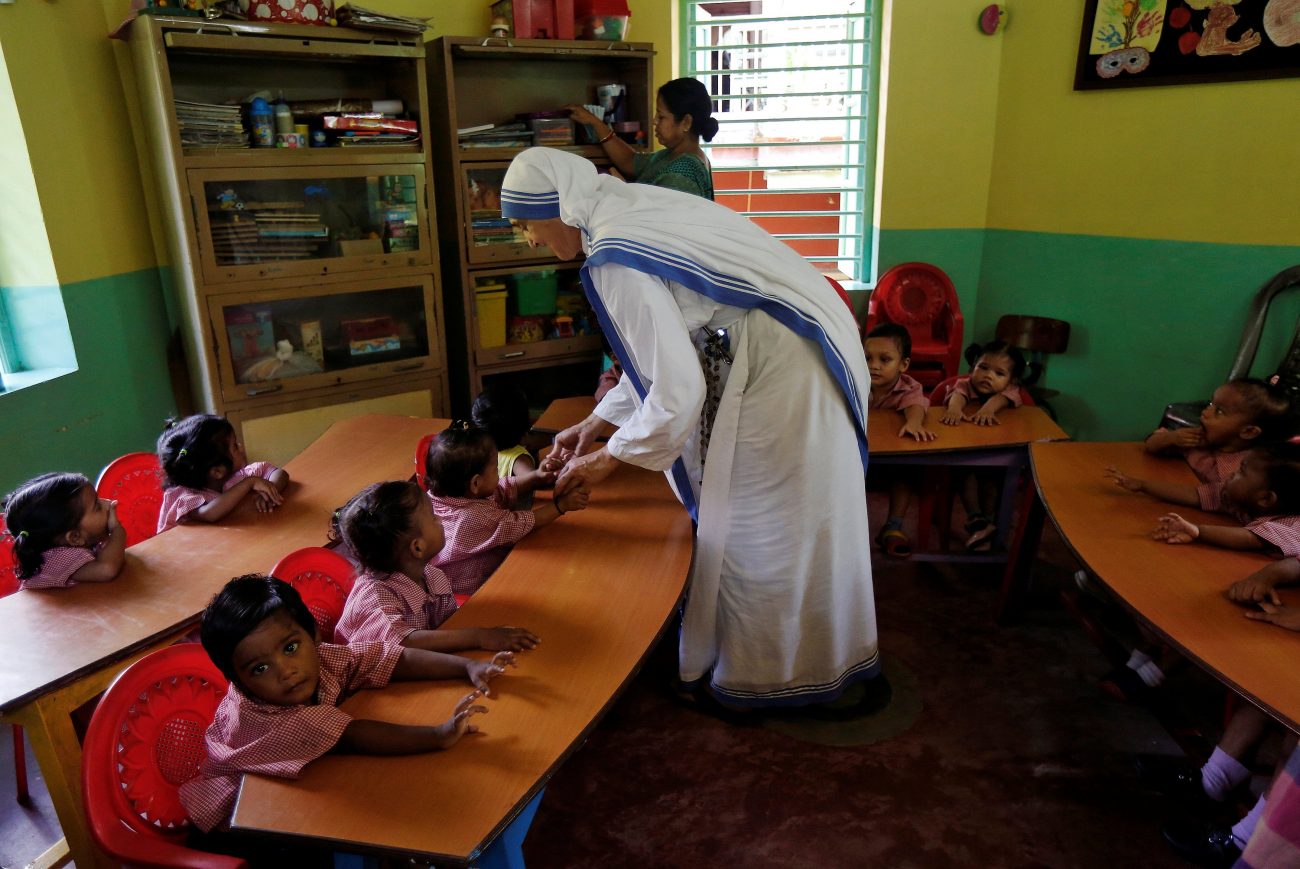 A member of the Missionaries of Charity interacts with the children of a kindergarten inside the Nirmala Shishu Bhavan, a home for orphaned, destitute and abandoned children in Kolkata, India, Aug. 30, 2016. The congregation has been forced to shut an orphanage in Uttar Pradesh state, after its lease expired. (CNS photo/Rupak De Chowdhuri, Reuters)

NEW DELHI (CNS) — The Missionaries of Charity congregation has been forced to shut Nirmala Shishu Bhawan, a home for orphaned, destitute and abandoned children in Uttar Pradesh state, after its lease expired. The Defence Estates Office demanded $250,000 from the nuns for trespassing.

The closure came on the heels of the federal government’s refusal to renew the congregation’s Foreign Contribution Regulation Act registration for foreign donations to carry out its charitable works across the country.

Ucanews.com reported India’s defense establishment claimed the Uttar Pradesh home was built on its land, for which the lease had expired in 2019. It claimed the Missionaries of Charity were trespassers and would have to pay penalty charges or face eviction.

Sister Prema Pierick, the congregation’s superior general, felt it prudent to surrender to army authorities and handed over peaceful possession of the home to the Defence Estates Office Jan. 3, Ucanews.com reported.

The 11 remaining children, most of whom were severely handicapped, were relocated to other Shishu Bhawan homes, said Chhotebhai, convener of the Indian Catholic Forum who has been closely associated with the orphanage since its inception.

“It is unfortunate that an institution that served the abandoned and voiceless in the society is shut down instead of the land lease being extended,” he told ucanews.com Jan. 6.

In a note to media, the Indian Catholic Forum questioned the Defence Estates Office for demanding such a fine for alleged trespassing and wondered why the Missionaries of Charity did not explore any legal remedies before handing over the land to the local authorities.

“These questions will now remain unanswered. It certainly doesn’t paint the army or DEO in a good light. Did it deliberately choose a soft target knowing that it did not have the stomach for a fight? This selective targeting also seems to have the malodor of a communal bias. Is this how the nation repays the truedeshbhakts (patriots),” it said in the media note.

On Christmas, the Indian Home Ministry rejected the renewal of the congregation’s license to receive funding from abroad. The ministry’s Dec. 27 statement said the congregation could not meet “the eligibility conditions,” giving no further details.

In a statement issued on the same day, Sister Pierick said: “We have been informed that our FCRA renewal application has not been approved. Therefore, as a measure to ensure there is no lapse, we have asked our centers not to operate any of the FC (foreign contributions) accounts until the matter is resolved.”

The congregation is running short of funds and has sought public support to carry on with its charitable works.

NEXT: Pope appeals for peace in Kazakhstan; reflects on prayer