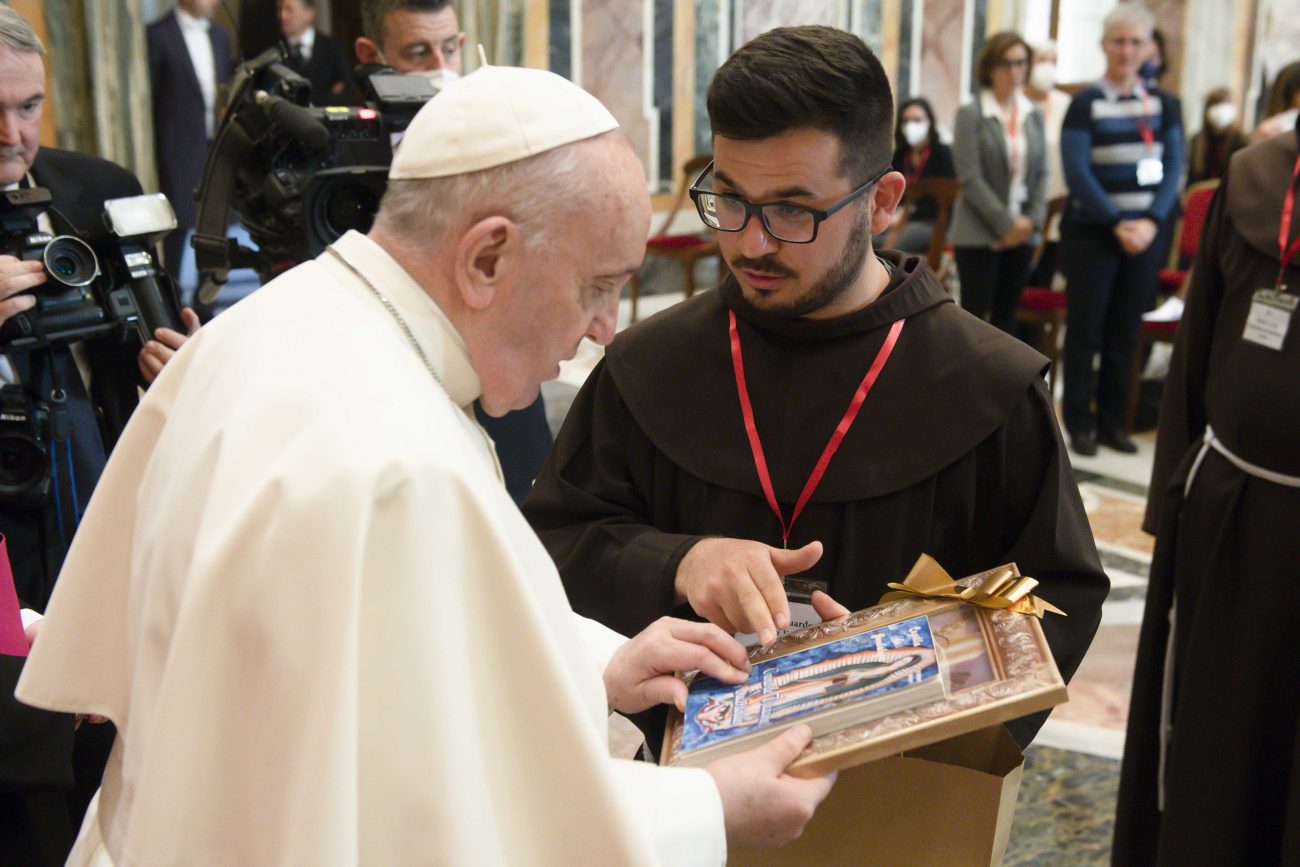 VATICAN CITY (CNS) — In a time when social networks can tend to divide people, Christian media must instead work to unite men and women, Pope Francis said.

Meeting with a delegation from the Franciscan Custody of the Holy Land in Rome to commemorate the 100th anniversary of their bimonthly magazine, “Terrasanta,” the pope encouraged the group to continue to highlight stories of genuine brotherhood, especially, “the fraternity between Christians of churches and confessions that are unfortunately still separated, but which in the Holy Land are often already close to unity.”

“Communication, in the time of social networks, must help to build community, or better still, fraternity,” he said.

Founded in Jerusalem in 1921, the magazine is published in six languages — Italian, English, French, Portuguese, Spanish and Arabic. Although it is now published in Milan, the magazine continues to report on the church, current and historical events, archaeological findings as well as people and cultures in the Holy Land.

Pope Francis began his address to the 44-member delegation — led by Franciscan Father Francesco Patton, custos of the Holy Land — by excusing himself for remaining seated due to leg pain.

“Excuse me if I remain seated, but my leg hurts today. It hurts, it hurts when I stand. This way it’s better for me,” he said.

The pope has suffered for several years from sciatica which, according to the Mayo Clinic, can cause sharp pain that radiates along the path of the sciatic nerve, which branches from the lower back through the hips and down each leg.

In his talk, the pope congratulated the delegation on the centenary, and praised the group’s work in making known the Holy Land, a place that is “the historical and geographical environment in which the word of God was revealed and incarnated in Jesus of Nazareth, for us and for our salvation.”

The magazine, the pope said, also plays a vital role in informing the world about “the life of the Christians of the various churches and denominations, but also that of Jews and Muslims, to attempt to build a fraternal society in a context as complex and difficult as that of the Middle East.”

He also praised their efforts in reporting from areas of conflict in the Middle East, including Syria, Lebanon, Palestine and Gaza.

“I know that you try to present stories of goodness, those of active resistance to the evil of war, those of reconciliation, those of the restoration of dignity to the children robbed of their childhood, those of refugees with their tragedies but also with their dreams and their hopes,” the pope said.

Pope Francis encouraged the members of “Terrasanta” to continue their work which he said enriched the faith of many, especially “those who do not have the opportunity of making a pilgrimage to the holy places.

“This is valuable for believers throughout the world and, at the same time, supports the Christians who live in the land of Jesus,” the pope said. “And I want to take advantage of this opportunity to express my closeness to them. I always remember them, also in prayer. Please, when you return home, convey my greeting and my blessing to the families and Christian communities of the Holy Land.” 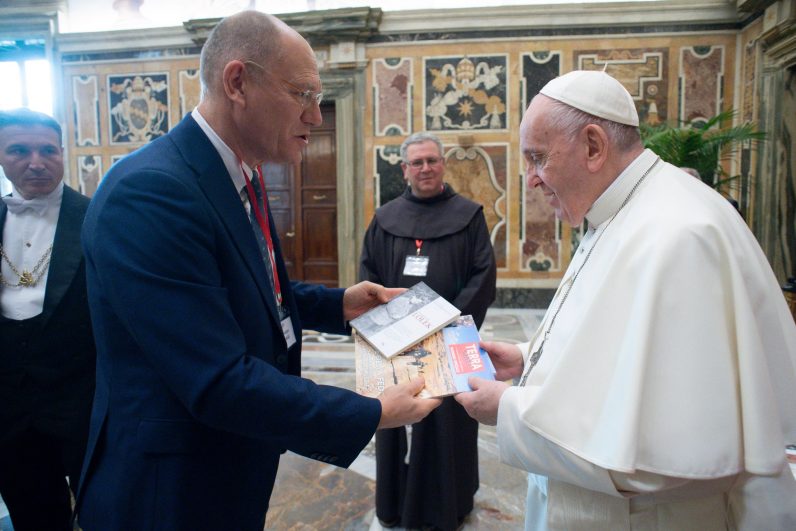