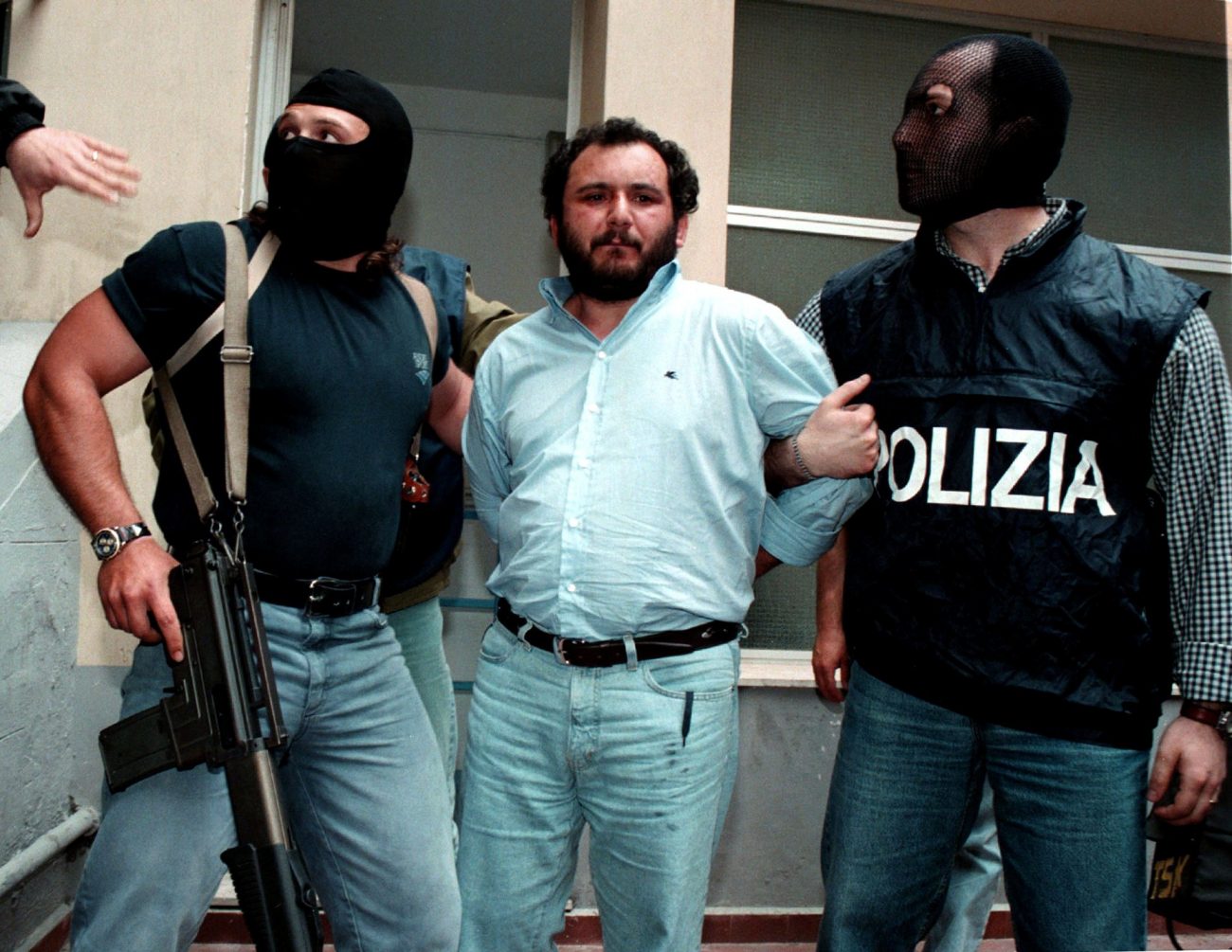 Anti-Mafia police, wearing masks to hide their identity, escort top Mafia fugitive Giovani Brusca as he leaves Palermo's police headquarters to be taken to a maximum security prison, in Palermo, Italy, in this May 21, 1996, file photo. The southern Italian diocese of Mazara del Vallo, where the Mafia has a significant presence, announced a temporary suspension on the naming of godparents for baptism and confirmation beginning Jan. 1, 2022. (CNS photo/Tony Gentile, Reuters)

A second diocese in Sicily, where the Mafia has had a significant presence for decades, announced a temporary ban on the naming of godparents for baptisms and confirmations.

In a decree that went into effect Jan. 1, Bishop Domenico Mogavero of Mazara del Vallo said the ban would be in effect “ad experimentum” (on an experimental basis) until the end of 2024.

“The office of godparent in the two sacraments of baptism and confirmation has lost its original meaning, limiting itself to a purely formal liturgical presence that is not followed by the accompaniment of the baptized and the confirmed on the path of human and spiritual growth,” the bishop wrote.

Rather than having godparents or sponsors, he said, those being baptized, confirmed or welcomed into the church as adults will be joined by their parents or the person who prepared them for the sacrament.

In October, the Diocese of Catania introduced a similar three-year ban due to the use of godparents as means to strengthen family bonds, particularly within local Mafia families, rather than as an aide in the spiritual development of those who are baptized or confirmed.

Mazara del Vallo was once the home of the late Sicilian mob boss Mariano Agate, who led several Mafia families in the region.

It was also where mob boss Gaetano Riina — head of the Corleone, Sicily, clan which inspired the last name of the fictional mafia family depicted in Francis Ford Coppola’s “The Godfather” — was arrested in 2011.

Throughout his papacy, Pope Francis has strongly criticized the Mafia and its use of popular religiosity and violence to exploit the poor and the suffering. During a 2014 visit to Calabria, the pope said members of the Mafia “are not in communion with God; they are excommunicated.”

In May, the Dicastery for Promoting Integral Human Development also announced the formation of a working group that would aid bishops in the excommunication of those involved in organized crime.

PREVIOUS: Dublin archbishop: ‘Radical change is coming in the church’