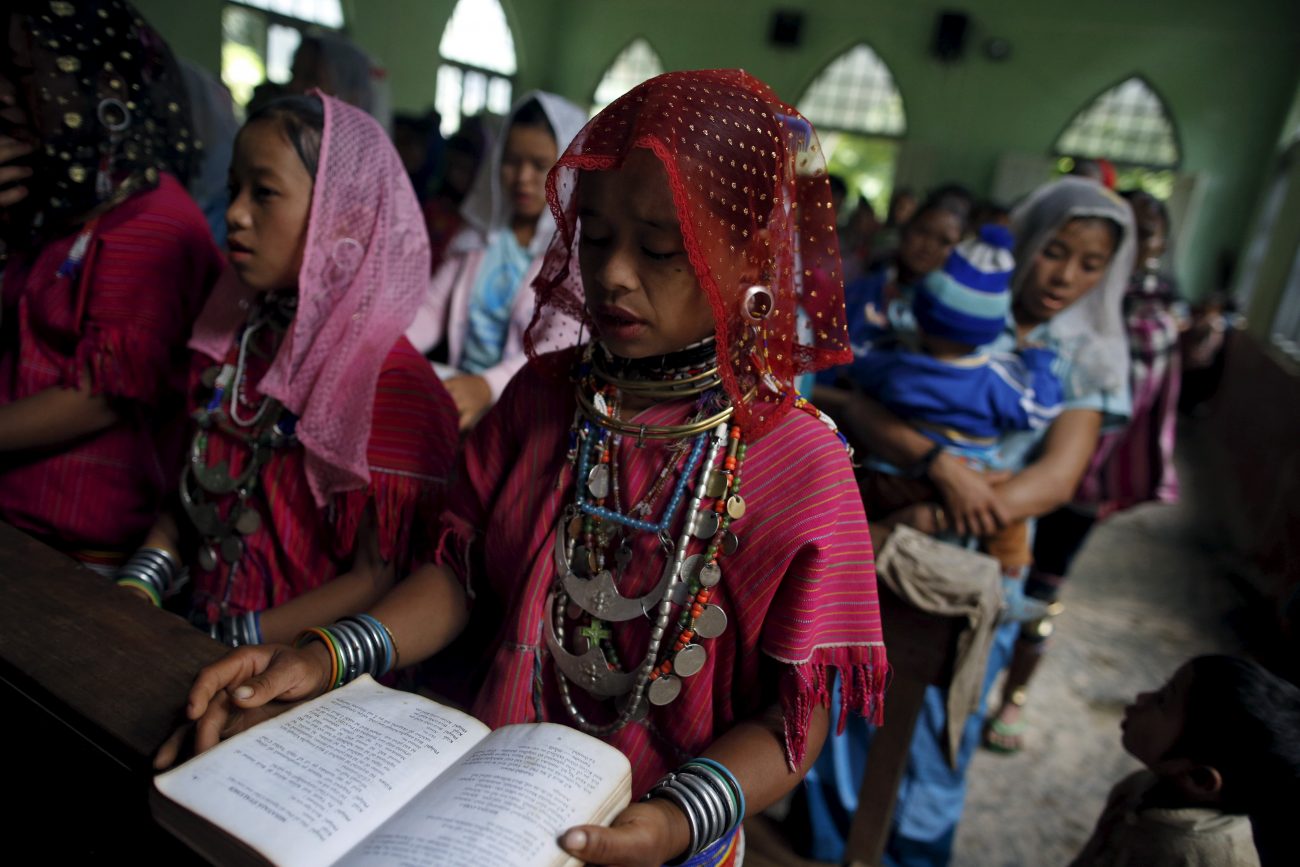 People in the Kayah state of Myanmar attend Catholic Mass in the Htaykho village in this 2015 file photo. (CNS photo/Soe Zeya Tun, Reuters)

VATICAN CITY (CNS) — In situations of extreme poverty, war or civil tensions, 22 Catholic church workers were murdered in 2021, according to Fides, the news agency of the Congregation for the Evangelization of Peoples.

Presenting its annual list of missionaries killed during the year Dec. 30, the news agency explained, “We use the term ‘missionary’ for all the baptized, aware that ‘in virtue of their baptism, all the members of the People of God have become missionary disciples.'”

None of the 13 priests, one religious brother, two religious sisters and six laypeople “carried out striking feats or actions,” Fides said, but they gave witness to their faith “in impoverished, degraded social contexts, where violence is the rule of life, the authority of the state was lacking or weakened by corruption and compromises and in the total lack of respect for life and for every human right.”

“From Africa to America, from Asia to Europe, they shared daily life with their brothers and sisters, with its risks and fears, its violence and its deprivations, bringing in the small daily gestures Christian witness as a seed of hope,” Fides said.

The 22 include Nigerian Father John Gbakaan Yaji of the Diocese of Minna, who was killed Jan. 15 by armed men who attacked his car; his body was found near the road, tied to a tree, Fides said.

And French Father Olivier Maire, provincial superior of the Montfort Missionaries, who was killed Aug. 9 in the provincial house of Saint Laurent sur Sèvre, in France, by a Rwandan migrant he had offered housing to.

The women on the Fides’ list are Sacred Heart Sisters Mary Daniel Abud and Regina Roba, who were killed in August, along with several other people, when their chartered bus was attacked on the road between Juba and Nimule, South Sudan.

In publishing the list, Fides said it was not looking only at church workers killed in traditional mission territories and it was not proclaiming any of them as “martyrs” in the technical sense of having been killed out of hatred for their faith.

While not included in the count, the Fides report also paid tribute to the 35 “innocent civilians, all of whom were Catholic,” who died Dec. 24, reportedly at the hands of the Myanmar military in Mo So village in Kayah state as they were fleeing fighting in the area. The victims, including elderly women and children, were shot and then their bodies were burned.

“The fact that the bodies of those killed, burned, and mutilated were found on Christmas Day makes this appalling tragedy even more poignant and sickening,” said Cardinal Charles Maung Bo of Yangon. “As the rest of the world celebrated the birth of Christ with joy, the people of Mo So village suffered death, shock and destruction.”

NEXT: Dublin archbishop: ‘Radical change is coming in the church’