Rice Bowl ‘alive and well,’ and helping millions around the world 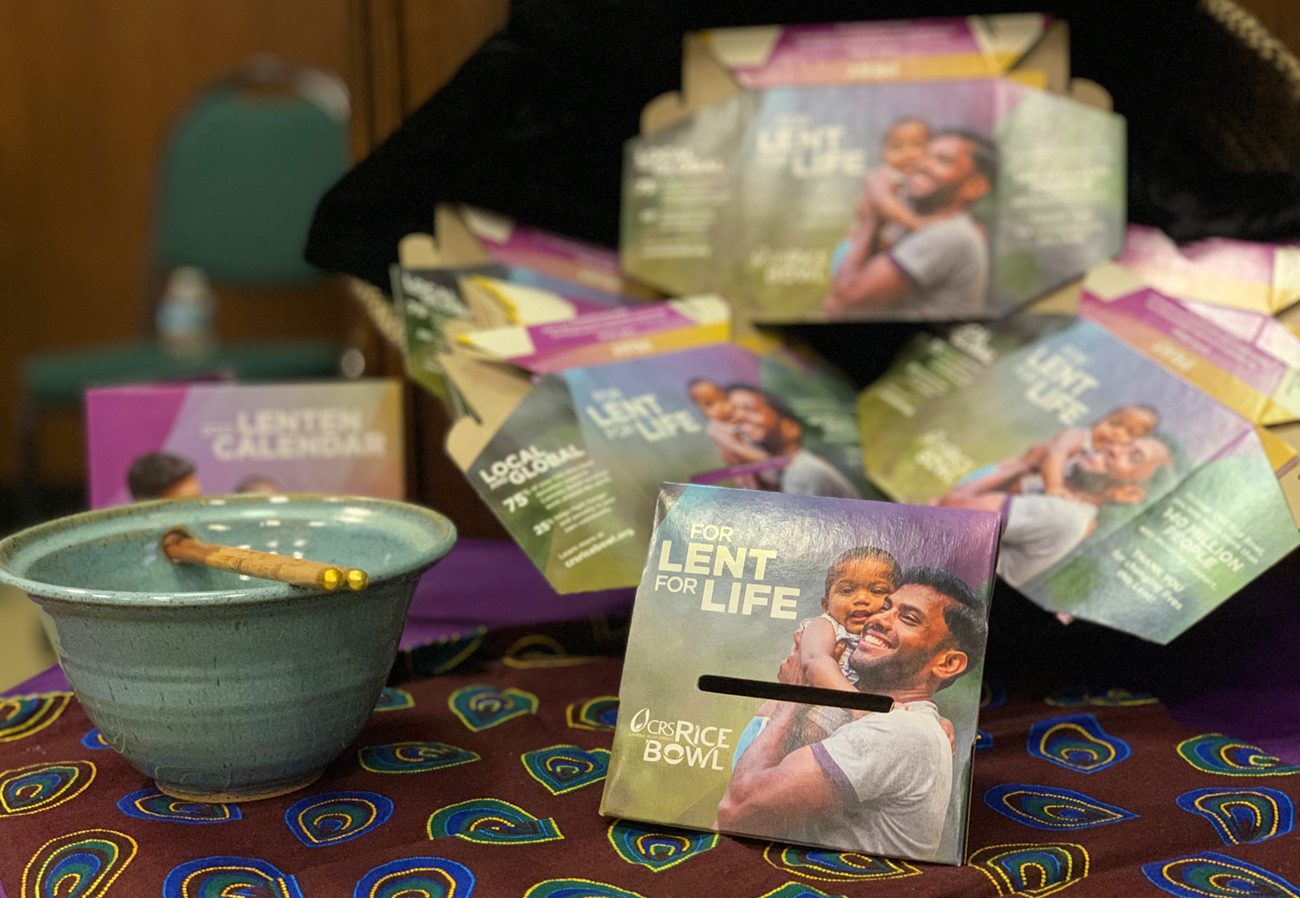 Rice Bowl containers are displayed at a Feb. 18 press conference and prayer service marking the 47th annual launch of the Catholic Relief Services Lenten donation campaign, which combines prayer, fasting and almsgiving to benefit some 140 million globally, including thousands in the Philadelphia area. (Gina Christian)

A beloved Lenten tradition is “alive and well” — and helping more people than ever, said Philadelphia Auxiliary Bishop John McIntyre.

At a Feb. 18 press conference and prayer service, Bishop McIntyre blessed hundreds of cardboard Rice Bowl containers, marking the archdiocesan start of an annual campaign by Catholic Relief Services (CRS) that enables faithful to “live out Lent,” he said.

Now in its 47th year, the Rice Bowl initiative combines prayer, fasting and almsgiving to help those in need both in the U.S. and abroad. During Lent, participants contribute money saved through fasting or preparing meatless meals similar to those eaten in impoverished nations.

Of each year’s collection, 75% goes to support humanitarian response and development programs that CRS – the official relief and development agency of the U.S. Conference of Catholic Bishops — operates in more than 100 countries, benefiting some 140 million people.

The change collected in the cardboard Rice Bowl containers has added up considerably over the years. Since its inception in 1975 and adoption a year later by the Catholic Church in the U.S., the program has raised more than $250 million. Some $62.5 million of the total has funded U.S. diocesan ministries and $187.5 million has assisted CRS’s international response.

In 2021, the Philadelphia Archdiocese’s collection topped $360,000, an increase of nearly 65%. Approximately $271,254 supported CRS’s global humanitarian efforts, while the remaining 25%, or $90,148, were directed to NDS to help purchase “over 150,000 pounds of food,” said that agency’s executive director Lizanne Hagedorn. 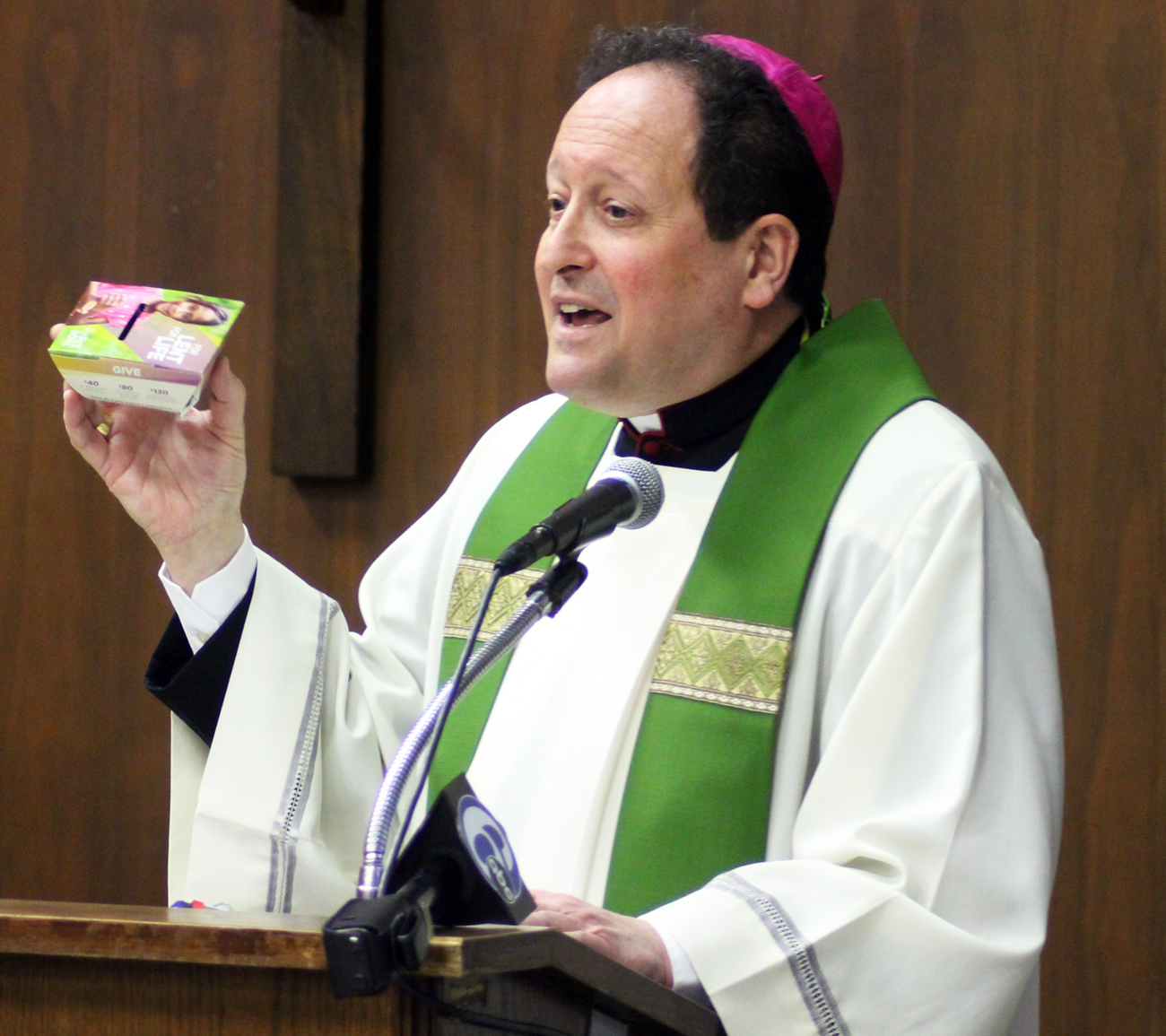 “Vegetables, grains and protein items such as tuna, chicken and beans have been … part of the continuous flow of food to (our) pantries,” she said.

At the site’s food cupboard, “lines start at 8 a.m., before we’re even there, and go around the block,” she said, noting that NDS has been “instrumental in providing food” for a broad swath of the southwestern Philadelphia area over the past 18 years.

The agency has also responded to evolving food-insecurity crises, such as the COVID-19 pandemic and recent influxes of Afghan refugees who are being resettled by archdiocesan Catholic Social Services, she said.

At the same time, “Rice Bowl has always been so much more than a collection,” said Anne Ayella, CRS director for the Philadelphia Archdiocese. “It’s really a faith-formation program during Lent that helps us to get to know out global brothers and sisters and make a difference where we can.”

This year, the campaign focuses on three families from Bangladesh, Guatemala and Rwanda, sharing their struggles with “water scarcity, poverty, climate change” and other threats to food security, said Ayella.

The Rice Bowl’s accompanying Lenten calendar, meatless recipes and online videos “walk us through the 40 days of Lent, where we can really meet people and learn about their world and their lives,” she said.

Rice Bowl is a way of “drawing closer to God,” said Bishop McIntyre – and whether around the corner or across the world, those who benefit from the campaign are positively impacted.

“I want you to know that the moneys collected are being put to good use,” said DeCarlo-Coles. “They are reaching to community and … we are forever grateful.”

PREVIOUS: Scholarships enable students to foster the ‘Spirit of America’

NEXT: Memorial for active military blessed at Our Lady of Mt. Carmel Church