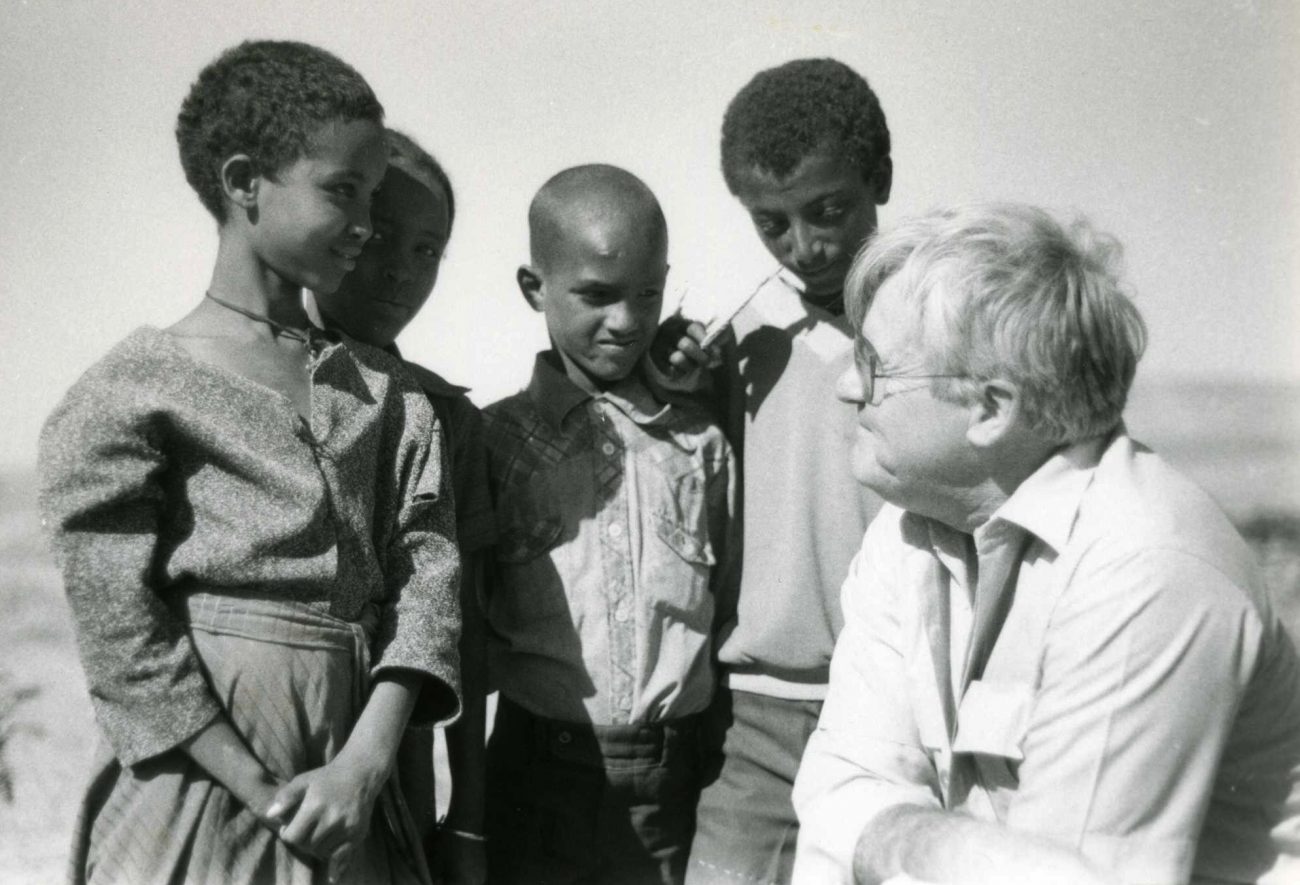 A nationwide Lenten tradition traces its roots to the Philadelphia area – and to a priest who wanted to make the family dining room table an “altar” of sacrifice and service.

Now in its 46th year, Catholic Relief Services’ (CRS) Rice Bowl initiative combines prayer, fasting and almsgiving to help those in need both in the U.S. and abroad. During Lent participants donate to the campaign by contributing money they save through fasting or preparing meatless meals like those eaten in impoverished nations.

The change collected in the cardboard Rice Bowl containers has added up considerably over the years. Since its inception in 1975 and adoption a year later by the Catholic Church in the U.S., the program has raised more than $250 million. Some $62.5 million of the total has funded U.S. diocesan ministries and $187.5 million has assisted CRS’s international response.

Spiritual reflections and first-person stories of Rice Bowl beneficiaries round out the program, fostering encounters with the divine and with people from other cultures.

And that was exactly the point from the very start, said Msgr. Robert Coll, who created Rice Bowl while he was pastor of St. Thomas More Parish in Allentown.

“The idea was simple,” said Msgr. Coll, an Allentown Diocese priest now retired and living in Florida. “I have food, my brother has no food, so I will give him some of my food.” 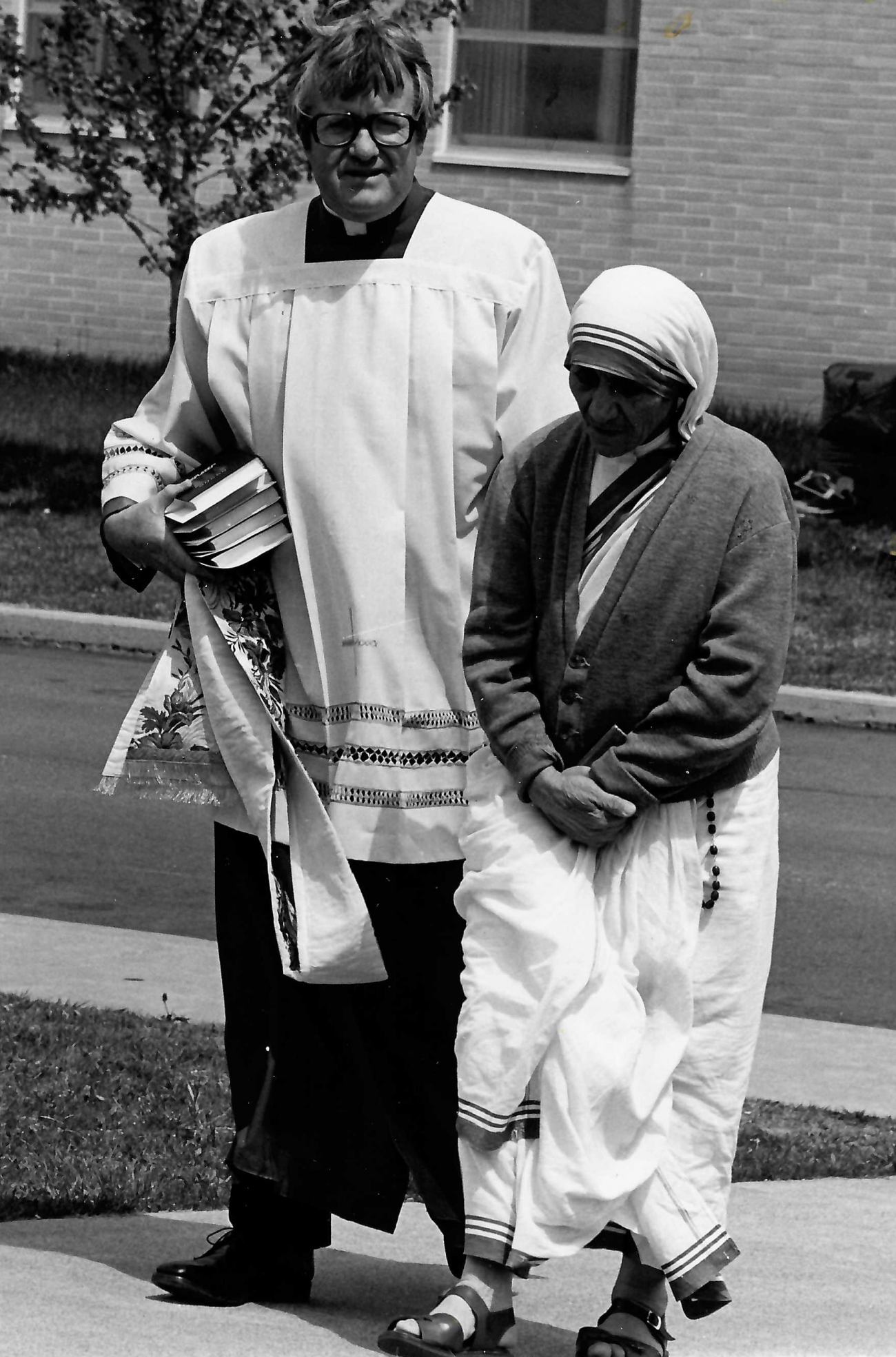 In this undated photo, Msgr. Robert Coll, creator of the Rice Bowl initiative, walks with St. Teresa of Calcutta, whom he met through his work with Catholic Relief Services. (Photo courtesy of Al and Camille St. Pierre)

Specifically, Msgr. Coll encouraged his parishioners to “eat a truncated meal, maybe soup and a sandwich, and take the difference between that and what you would have spent as a kind of symbolic” form of aid, he said.

Donations would then be “taken to church and deposited” separately from the general collection, he added.

From its earliest days, the outreach was an ecumenical one, born of hearing “tremendous reports of suffering from Africa, especially sub-Saharan Africa” during the early 1970s, said Msgr. Coll.

The horrors of the recent Vietnam War had also left parishioners “wanting to do something, rather than bomb something,” he added. “It was a moment in time, divinely inspired.”

“We had the whole city of Allentown involved, about 13 Protestant churches and one Jewish congregation, and then about 10 Catholic parishes,” he said.

Word spread beyond the Allentown Diocese, which had been partitioned from the Philadelphia Archdiocese only a decade prior in 1961, thereby incardinating Msgr. Coll – a graduate of St. Cyril of Alexandria School in Lansdowne – into the new territory. He soon received an inquiry from then Msgr. (and later Cardinal) John P. Foley, editor of the Catholic Standard and Times (the print predecessor of CatholicPhilly.com).

“While our little group was designing this project in the basement of the world, the Archdiocese of Philadelphia was planning its Eucharistic Congress,” said Msgr. Coll. “So Jack called me and said, ‘What’s going on?’”

Msgr. Foley was prompted by more than his award-winning journalistic sense: he was also a member of the board of governors for the 1976 congress, and the theme for international gathering (the 41st of its kind) was “The Eucharist and the Hungers of the Human Family.”

With the blessing of Pope Paul VI, the congress sought to examine both physical and spiritual hungers – and Msgr. Foley believed the Rice Bowl initiative “would dovetail perfectly” with such an undertaking, said Msgr. Coll.

Meetings with Philadelphia Cardinal John Krol and CRS soon followed, and by 1976, at least 118 U.S. dioceses had raised more than $5.1 million thanks to Msgr. Coll’s basic concept.

The little bowl also took Msgr. Coll to some of the very places his outreach had been launched to help. Through his new work with CRS, he traveled to Ethiopia, Yemen, Lebanon and Poland, while meeting St. Teresa of Calcutta and bringing relief supplies to several of her Beirut-based Missionaries of Charity sisters, whom he found sheltering “in a bombed-out building” during Lebanon’s long-running civil war.

Ministering firsthand to victims of hunger and violence only confirmed what had been in his heart from Rice Bowl’s beginnings, he said.

In fact, the name “Operation Rice Bowl” was itself chosen in part for its abbreviation as “O.R.B.,” evoking the Latin word orb, or “world,” said Msgr. Coll, noting that caring for others is central to the Gospel message.

“You do not find love — but love first, and then you will find love,” he said. “That’s one of the themes of Rice Bowl. Who is thy brother?”

NEXT: Lent a ‘beautiful time’ of ‘grace and blessing,’ says archbishop