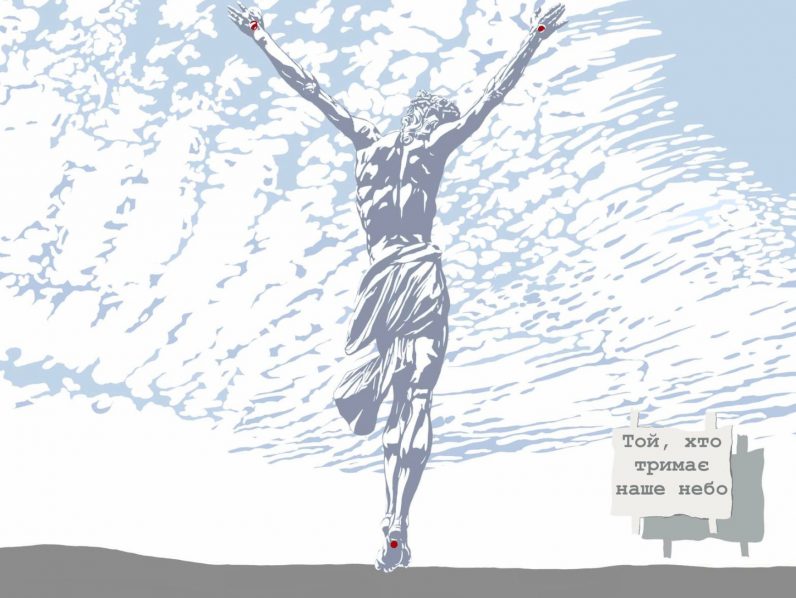 “He, who shields our sky” by Albina Yaloza Kyiv, Ukraine

An extensive prayer vigil for peace in Ukraine will be celebrated Saturday evening, March 5 at the Ukrainian Catholic Cathedral of the Immaculate Conception in Philadelphia.

Everyone in the Philadelphia region is encouraged to participate and join together in prayer.

The evening will be streamed live beginning at 4:30 p.m. on Facebook.

Presiding at the vigil, which features prayers and talks for more than four hours, will be Archbishop Borys Gudziak of the Ukrainian Archeparchy and metropolitan archbishop for all Ukrainian Catholics in the United States, and Archbishop Nelson Perez, archbishop of Philadelphia.

The prelates “encourage all people of goodwill to show solidarity for the people of Ukraine and Ukrainians in the United States by joining in this prayerful initiative in-person or remotely,” according to a media advisory issued March 4 by the Philadelphia Archdiocese and the Ukrainian Archeparchy.

The schedule for the vigil is as follows: 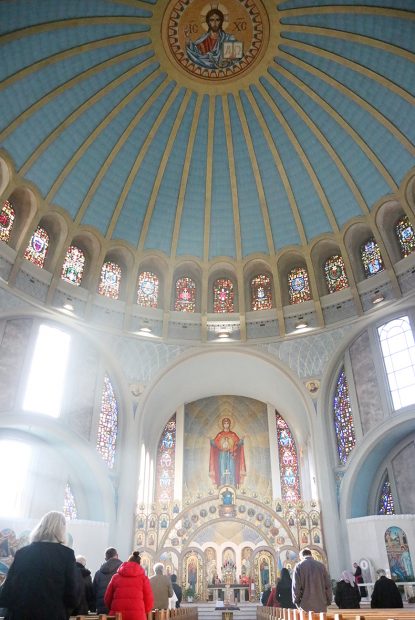 The Ukrainian Catholic Cathedral of the Immaculate Conception, Philadelphia, will host a prayer vigil for peace in Ukraine, to which all are invited, on Saturday, March 5 beginning at 4:30 p.m. (Photo by Sarah Webb)

The sacrament of penance and spiritual counseling with priests of both the Byzantine Ukrainian and Latin rites will be available throughout vigil.

The Cathedral of the Immaculate Conception is located at 830 North Franklin Street in Philadelphia’s Northern Liberties neighborhood.

Learn more about the cathedral here.

According to the advisory, the Ukrainian Greek Catholic Church has launched a virtual Ukrainian Catholic Crisis Media Center to centralize information about the church’s initiatives in facing the Russian invasion of Ukraine which began Feb. 24.

Each day, the webpage at UCCMC.org is updated with a video message from Major Archbishop Sviatoslav Shevchuk of Kyiv-Halych, who is currently in Ukraine.