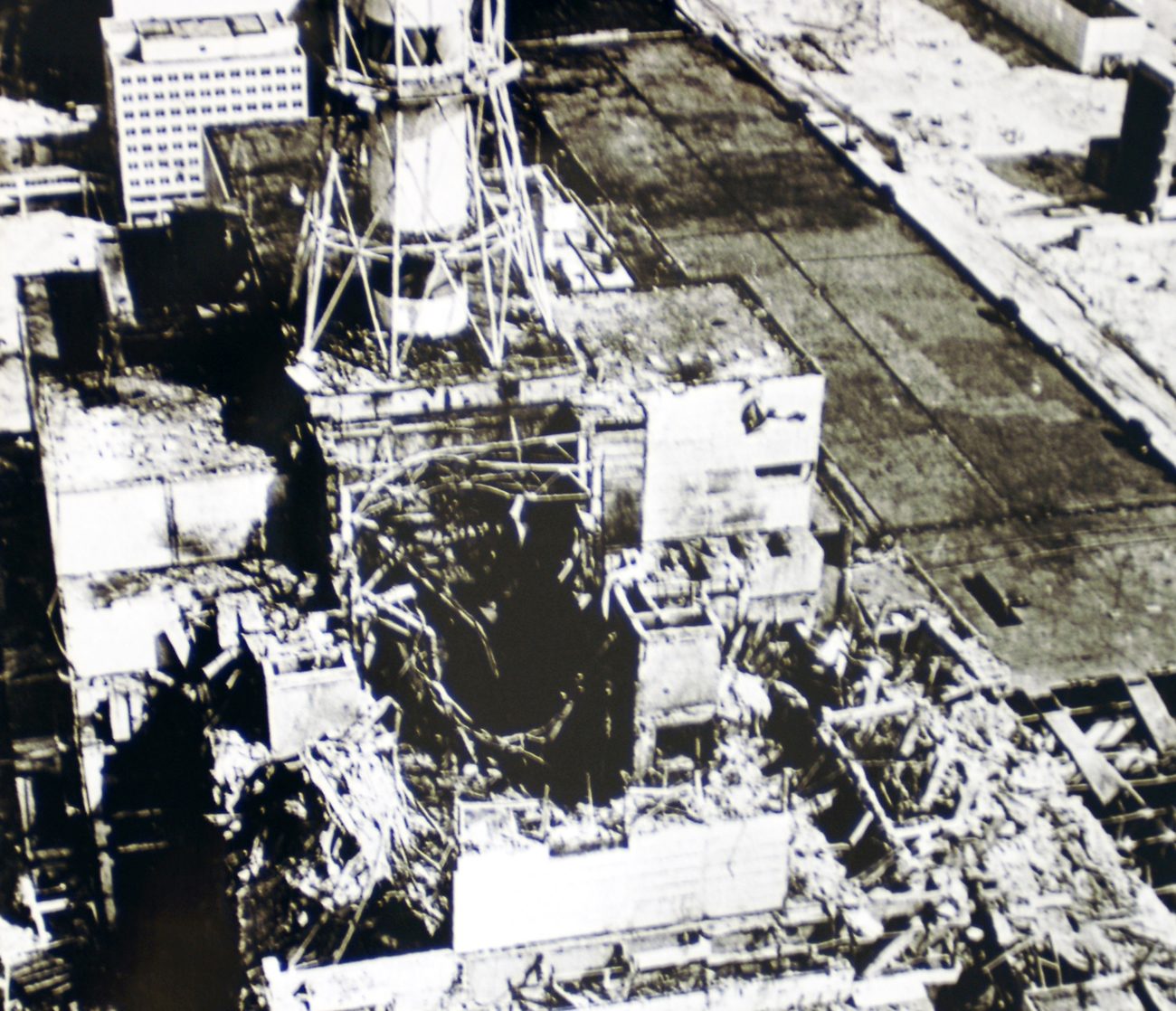 The destroyed reactor of the former Chernobyl nuclear power plant is seen from a helicopter in this 1986 photo. Humanitarian Adi Roche warns that current warfare in Ukraine could release toxic radioactive materials still buried at the site, causing widespread damage. (Ukrainian Society for Friendship and Cultural Relations with Foreign Countries/Wikimedia Commons)

A longtime humanitarian leader warned that “the tragedy of the Chernobyl disaster could be re-released upon the world” now that Russian forces are in control of the decommissioned Soviet-era nuclear power plant, located some 60 miles north of Kyiv.

Adi Roche, founder of the charity Chernobyl Children International (CCI), said in a Feb. 24 statement that war-related damage to the site’s buried nuclear waste “could once again have deadly radioactive contamination released, which would spread everywhere, like a great and uncontrollable monster.”

The Ireland-based CCI provides ongoing humanitarian assistance throughout the Chernobyl regions, the site of the worst disaster in nuclear history after a 1986 power plant accident released radiation 200 times greater than the atomic bombs on Hiroshima and Nagasaki.

With the half-life of the most dangerous radioactive elements as long as 24,400 years, the effects of such radiation continue to manifest themselves in contaminated land, genetic defects and poverty, all of which CCI works to alleviate.

Invoking the Hague Conventions on the conduct of war, Roche implored “in the name of humanity, in the name of the children” for an end to the war and a declaration of the 1,600-square-mile Chernobyl Exclusion Zone as “a ‘Safe No War Zone.’”

“I appeal on behalf of all humanity, but mostly on behalf of the citizens of Ukraine, Belarus, and Russia, and indeed on behalf of the citizens of Europe, to the warring armies, under the Hague Conventions, that the highly contaminated area around the Chernobyl Nuclear Power Station, with its thousands of tons and gallons of highly radioactive material, not be targeted, or used as areas of shelling, bombardment, and ground fighting,” said Roche in the statement.

The zone contains “vast silos of nuclear waste and water, which are highly dangerous and volatile,” she noted, and with “hundreds of shallow ‘nuclear graves’” holding contaminated items, “should a bomb, missile or shot-down plane crash into this area, the consequences could be disastrous.”

Along with the Feb. 24 statement, CCI has created a petition asking Ireland’s government “to immediately lobby at the UN” for a declaration of both a “no war zone” and a “no fly zone” for the “very vulnerable” exclusion zone.