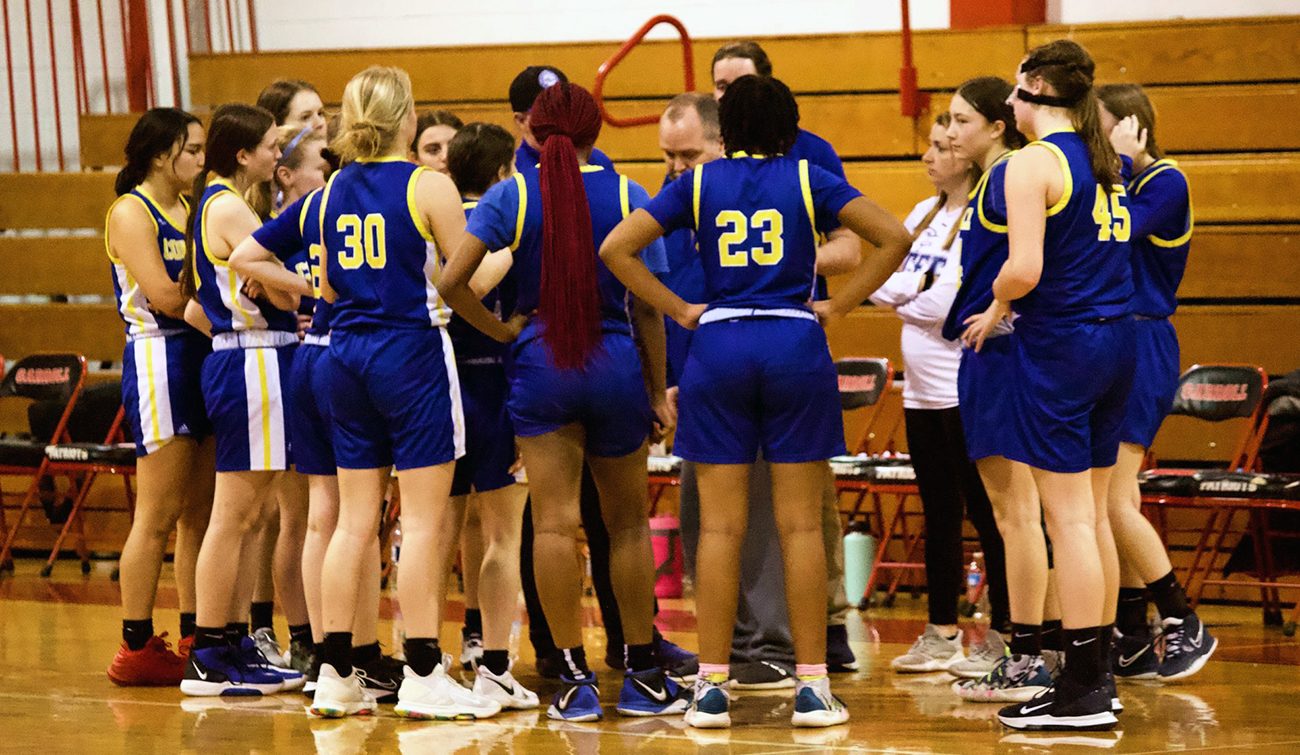 The problem with just looking at a final score is that sometimes, it does not accurately assess a losing team’s overall performance.

The Eagles stayed close, fell behind by 16, and then cut the deficit to 10 before struggling in the fourth quarter.

So ends a season during which the Eagles finished 13-11 overall after having gone 5-5 in an extremely competitive Philadelphia Catholic League.

“I am proud with what we were able to accomplish together,” said sophomore Saniyah Spell. “With our determination, we know what we have to focus on and work towards for next season.

“In a lot of moments we beat ourselves, which resulted in close games or losses. Cleaning up turnovers and maintaining a reasonable pace during the entire game would work well in our favor, and could be a potential game changer in the future.”

Perhaps thought by some as an afterthought by PIAA adversaries, C-E defeated York Catholic and Western Wayne before facing a Neumann-Goretti squad that is among the hottest teams in the area. The Eagles, however, showed how much they’ve improved since losing to the Saints, 80-44, on Feb. 7.

“Our approach this time was to force kick outs by (N-G standout senior Mihjae) Hayes by committing to three back in the lane before they reach the arc,” said Conwell-Egan coach Chris Brennan. “We also had a heightened awareness of (senior (D’Ayzha) Atkinson, who is one of the best rebounders I’ve seen.”

Atkinson finished with 14 points and 15 rebounds.

Brennan cited a key component that was missing in the teams’ first bout.

“Last time we were without our key ball handler, Kyliyah ‘Key’ Carmichael, who tends to steady the ship for us,” said Brennan. “She was the difference in terms of handling their pressure and allowing us to run sets on the half court.”

After the Eagles cut a 16-point deficit to 10 in the third quarter, foul trouble allowed N-G to take advantage of an altered lineup.

Despite efforts by freshman Lily Milewski (11 points, seven rebounds), sophomore Brianna McFadden (10 points), sophomore Mya Aizen (seven points, five rebounds), and the aforementioned Spell (nine points), the Eagles were unable to move to the next round.

“We simply lost our composure and their lead extended,” said Brennan. “We never recovered.”

Conwell-Egan was the only team in the Catholic League that did not have a single senior on the roster. So many underclassmen receiving copious playing time should provide significant dividends next season.

“We saw varying degrees of growth across the board,” said Brennan. “Collectively, we absolutely grew from November to March. Some specific games along the way, I would say that we took steps backwards, but that’s somewhat expected in this incredibly unforgiving league that we are honored and privileged to play in.”

Conwell-Egan’s players are already looking forward to next winter.

“Our season started in July with summer league play and practices,” said junior Katey Brennan. “Coach Brennan held off-season workouts that brought us together, so that by the time the season began, we were like a family.

“When Coach came to the program four years ago, he had four wins. Because of his dedication, we made history by not only qualifying for the state playoffs, but making it to the quarterfinals. The support from the student body was unprecedented for Conwell-Egan girls’ basketball and made the season even more memorable. We aren’t losing any seniors, so we are setting our goals even higher for next season.”

PREVIOUS: 50 years ago, Mighty Macs learned to live their faith on life’s courts