Outreach workers ‘break stigma, bring hope’ to those in addiction 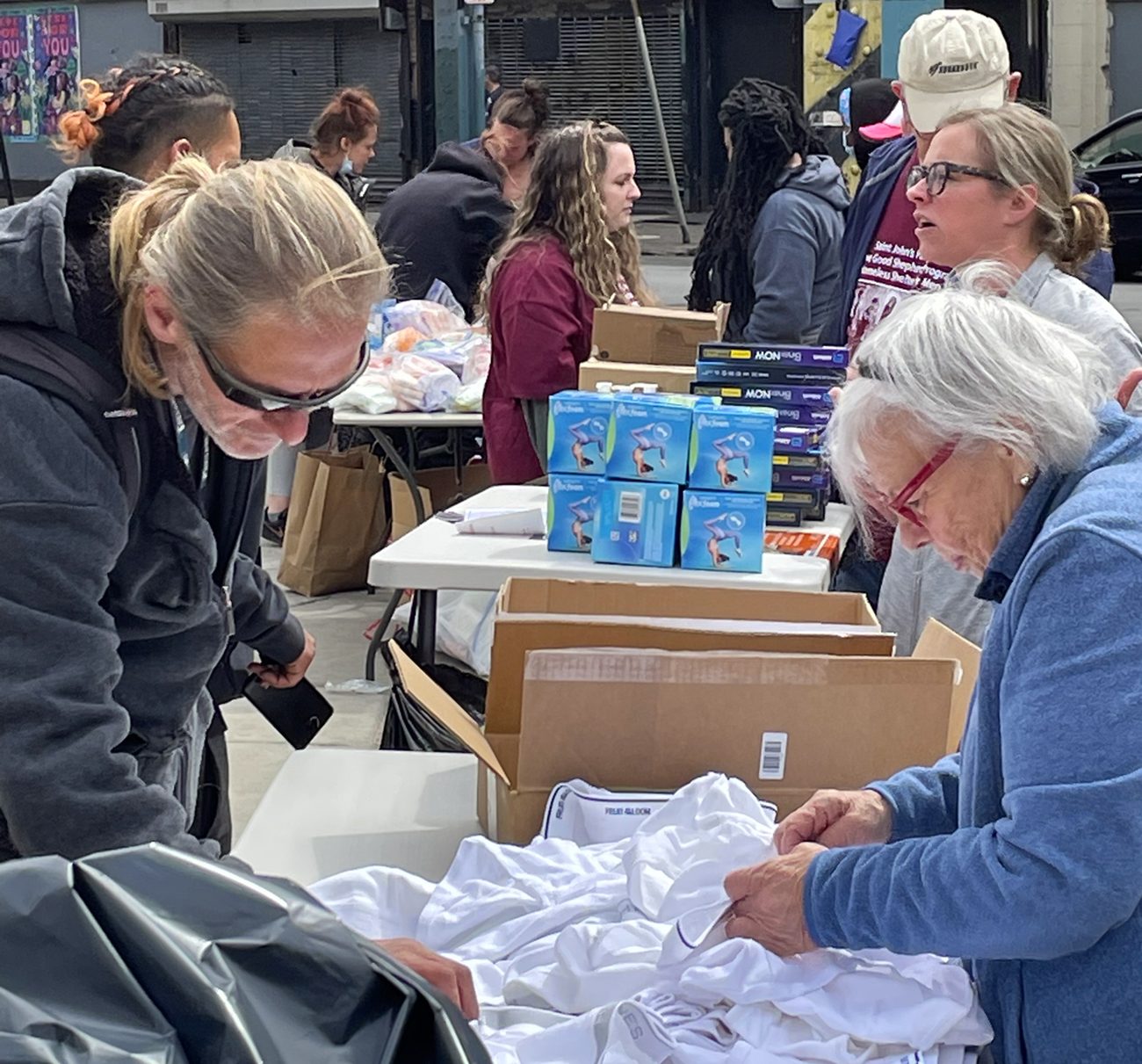 Staff and volunteers from archdiocesan Catholic Social Services helped distribute food and clothing as part of "Break the Stigma, Bring the Hope," an April 23 humanitarian outreach to those struggling with addiction and homelessness in Philadelphia's Kensington section. (Amy Stoner)

Staff from archdiocesan Catholic Social Services (CSS) took their mission to the streets this past weekend, joining dozens of fellow outreach workers to help those struggling with addiction and homelessness.

On April 23, a number of CSS employees participated in “Break the Stigma, Bring the Hope,” a multifaceted humanitarian effort held at McPherson Square Park in the Philadelphia’s Kensington section.

In recent years, the location has gained international attention as a “ground zero” of the nation’s opioid epidemic, which claimed an estimated 1,250 lives in Philadelphia during 2021.

Saturday’s event was organized by Save Our Neighborhood, founded by Kensington resident Michael Lang, and by the Chester-based Shevlin Foundation.

Lang, a member of Holy Name of Jesus Parish in Fishtown, lost his own son to addiction in 2019, and since then has been transforming his grief into advocacy for those battling substance abuse.

Despite increased awareness of the issue, addiction is “still stigmatized,” even as the problem continues to grow in scope and complexity, said Lang.

“It’s like a (sinking) ship; you don’t know what hole to put your finger in, but there are a lot of holes,” he said, stressing the need to affirm the dignity of those in addiction.

The CSS team also looked to comfort souls, as well as bodies, said Amy Stoner, director of the agency’s community-based and homelessness services.

“I had a prayer bowl (so that) people could write their intentions,” said Stoner. “At one point, a man asked me, since he couldn’t hold the pen, if I would write for him, ‘Our Father, pray for me.’”

Amid the ravages of addiction and homelessness, the outreach provided both volunteers and guests with a chance for an authentic encounter with one another, said SJH program director Barry Martin.

“On the one hand, inside you just hurt along with them,” he said. “But on the other hand, you have a sense of joy; you’re laughing with them and joking with them. I was having a good time, and so were they.”

“You bring hope and light for that moment,” said Christine Shevlin Rizzo, executive director of the Shevlin Foundation and a member of St. Pius X Parish in Broomall.

“It’s so dark there,” she said, noting that a murder had taken place in McPherson Square Park just hours before Saturday’s event.

But outreach participants “decided to take a risk,” she said. “We were precisely where the church needs to be.”

“I encountered Jesus,” she said.

NEXT: Pinwheel garden blooms with hope in preventing child abuse