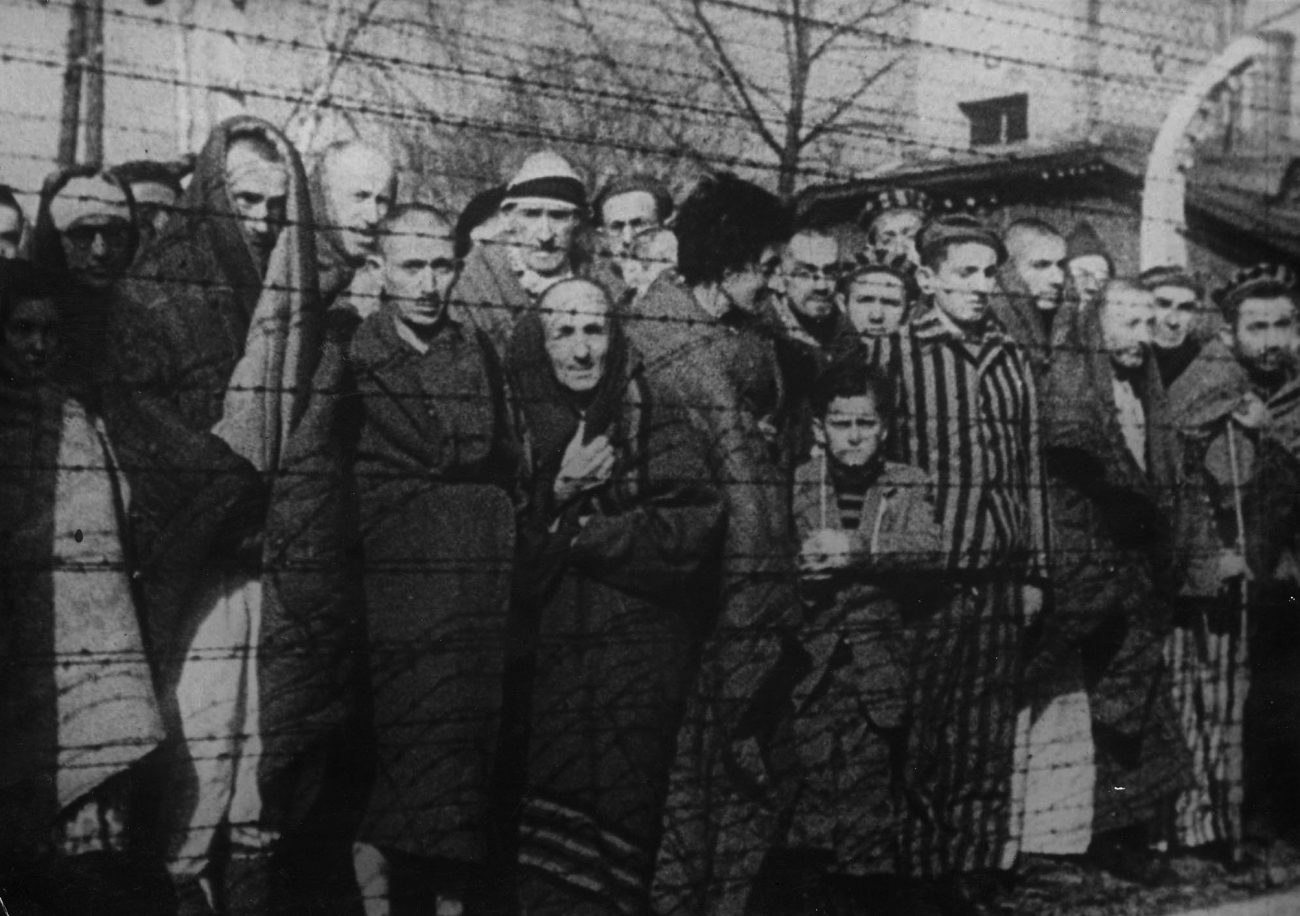 Men, women and children are seen behind barbed wire after the liberation of the Nazi death camp Auschwitz-Birkenau in 1945 in Oswiecim, Poland. Historians estimate that the Nazis sent at least 1.3 million people to Auschwitz between 1940-45, and it is believed that some 1.1 million of those perished there. Auschwitz was liberated by the Russian Army Jan. 27, 1945. (CNS photo/Yad Vashem Archives via Reuters) See HOLOCAUST-LINDEN-SURVIVE Jan. 21, 2020.

Holocaust Remembrance Day is a time to examine anti-Jewish attitudes throughout Christian history, while speaking out and seeking dialogue, said a Saint Joseph’s University (SJU) scholar.

Amid the observance, which this year falls on April 28, “it is good to recall … key questions from the 1988 Vatican document ‘We Remember: A Reflection on the Shoah (Holocaust),’” said Professor Philip Cunningham, co-director along with fellow Professor Adam Gregerman of SJU’s Institute for Jewish-Catholic Relations (IJCR).

Also known as Yom Hashoah (or Yom HaShoah), Holocaust Remembrance Day corresponds to the dates of the Warsaw Ghetto Uprising, an April-May 1943 armed resistance by Jews to the Nazi regime.

Ghettos, segregated sectors within the Polish capital and in several other Nazi-occupied cities, were created as part of a systematic program to annihilate the European Jewish population, six million of whom were ultimately slaughtered in the Shoah, the preferred Hebrew term for the Holocaust.

In the Warsaw ghetto alone, some 300,000 Jews were murdered or deported to extermination or forced labor camps. Prior to the armed resistance, another 83,000 had already died of starvation and disease. Seven thousand were killed in the uprising itself, while an additional 7,000 were deported to the Treblinka killing center, where most were gassed upon arrival.

An estimated six million Jews in total were killed by the Nazi regime, prompting the Vatican’s Commission for Religious Relations with the Jews (which prepared “We Remember” at Pope John Paul II’s request) to ask “whether the Nazi persecution of the Jews was not made easier by the anti-Jewish prejudices embedded in some Christian minds and hearts.”

In particular, the commission pondered if “anti-Jewish sentiment among Christians (made) them less sensitive, or even indifferent, to the persecution launched against the Jews by National Socialism when it reached power.”

(Listen to a CatholicPhilly.com podcast with Philip Cunningham and Adam Gregerman of the Institute for Jewish-Catholic Relations at Saint Joseph’s University.)

Shortly after the document’s release, “these questions were amplified in a speech … by Cardinal Edward Idris Cassidy, who oversaw the composition of ‘We Remember,’” said Cunningham.

Cardinal Cassidy declared “there can be no denial of the fact that from the time of Emperor Constantine on, Jews were isolated and discriminated against in the Christian world,” and subjected to “expulsions and forced conversions.”

The cardinal also pointed out that “literature propagated stereotypes,” while “preaching accused the Jews of every age of deicide,” or the killing of God in the crucifixion of Christ.

“This long history of teaching contempt for Jews and Judaism was surely on St. John Paul II’s mind when in 2000 he prayed in St. Peter’s Basilica and later at the Western Wall in Jerusalem for God’s forgiveness for the sins committed against the Jewish people,” said Cunningham.

In atonement for the church’s antisemitism, Pope John Paul II ended his prayer at the Western Wall “by saying ‘we wish to commit ourselves to genuine brotherhood with the people of the Covenant,’” said Cunningham.

Catholic faithful can “enact (St.) John Paul II’s pledge by speaking out against anti-Semitic words and actions whenever they might be encountered,” he said.

In addition, said Cunningham, they can “(follow) the example of Pope Francis and his longtime friend Rabbi Abraham Skorka” and “pursue opportunities to be enriched by the spiritual treasures of the Jewish tradition through interreligious dialogue.”

NEXT: NE Phila. parishioners celebrate 100 years of ‘giving their hearts’ to community