STREAM Expo showcases ‘everything we learn,’ including faith 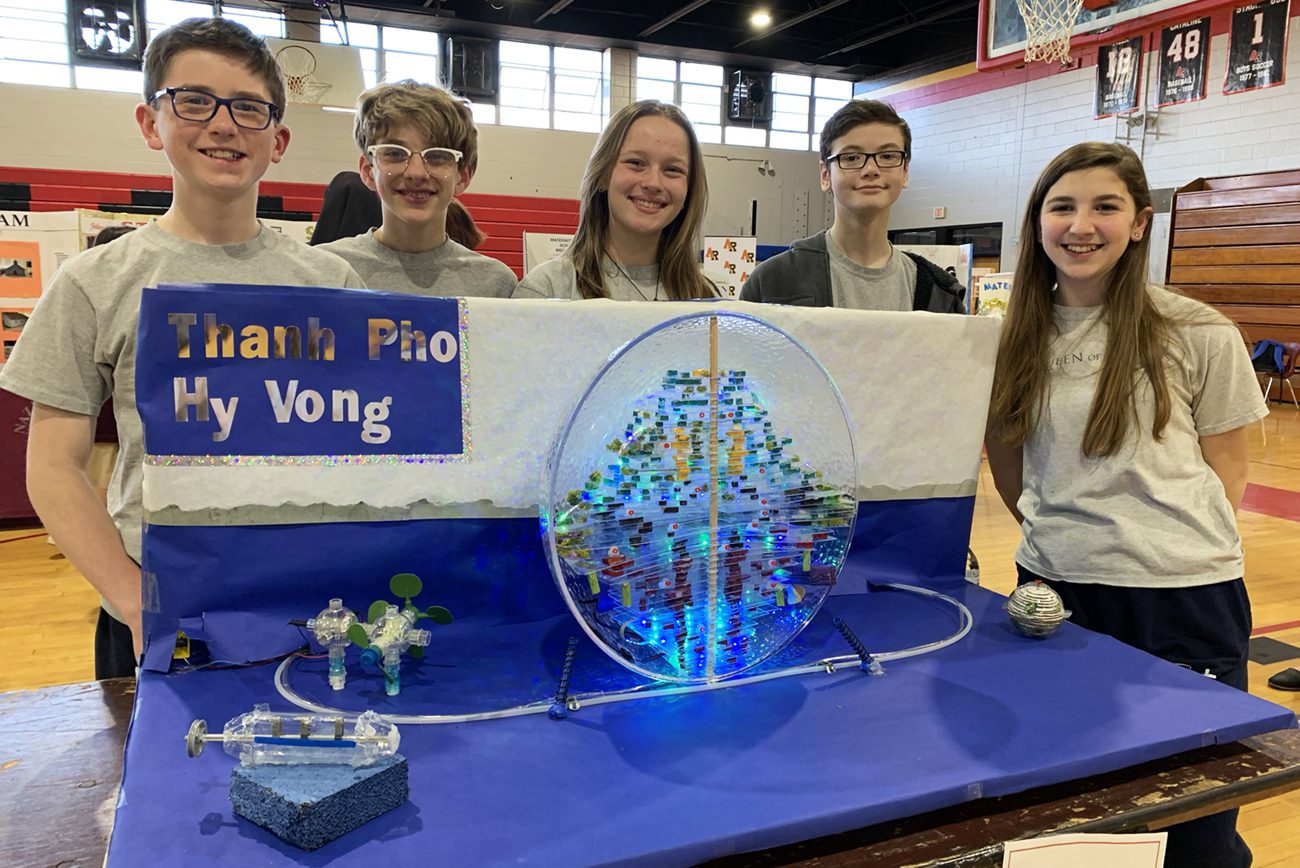 Seventh grade students from Queen of Angels Regional Catholic School in Willow Grove designed an ocean-based city as part of the STREAM Expo 2022, sponsored by the archdiocesan Office for Catholic Education. (Gina Christian)

Underwater cities, hydroponic gardens and a hoop-shooting robot took center stage this week as local Catholic school students showed off their creativity and problem-solving skills during a three-day fair.

Sponsored by the archdiocesan Office of Catholic Education (OCE) and with entrants ranging from pre-kindergarten to high school grades, the expo expanded on the widely implemented STEM (science, technology, engineering and mathematics) educational approach.

First introduced in 2001 by the National Science Foundation in 2001, the STEM model was refined five years later by educator Georgette Yakman, who incorporated liberal arts, which she described as “the ‘who and why,’ the reasoning, to the ‘what and how’ of STEM.’”

“STEM provides basic skills for students’ future, and STEAM gets the right brain and left brain working together, integrating essential skills with cultural enrichment,” she said. “But in nature, a stem needs a lot of nurturing, and steam rises and dissipates.”

STREAM education is uniquely Catholic, said Sister Edward, since “every stream has a source, and for us, the source of all learning in Catholic schools is our faith in Jesus Christ.” 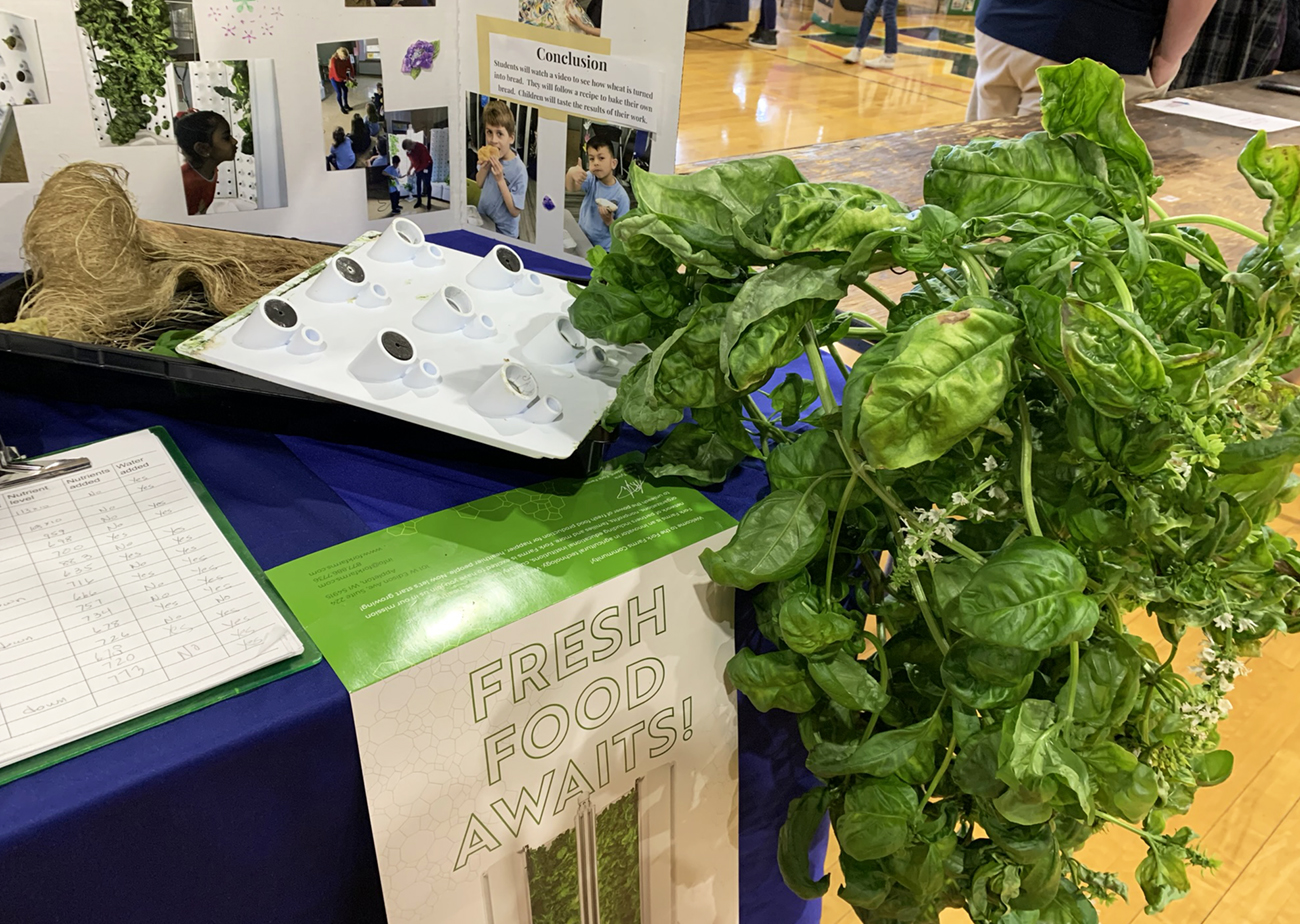 The approach “integrates everything we learn from all the disciplines,” said Terri Power, principal of St. Margaret School in Narberth and a member of the OCE Stream Team. “Students are solving real-world problems while enriching their faith.”

Students at St. Laurentius School in Philadelphia explored the critical role of clean water in sustaining life on earth. By creating terrariums, they learned “we are in a system that affects all of us,” according to the school’s project report. In addition, students assembled a water treatment unit using coffee filters, sand, cotton balls, charcoal and rice.

The design was envisioned as a partially submerged, self-sufficient community, domed in recycled plastic retrieved from the Mekong River in Vietnam, said student Sarah Bean, who along with fellow project teammate Francesca Fayette explained how the city situated activities to maximize the use of sunlight. 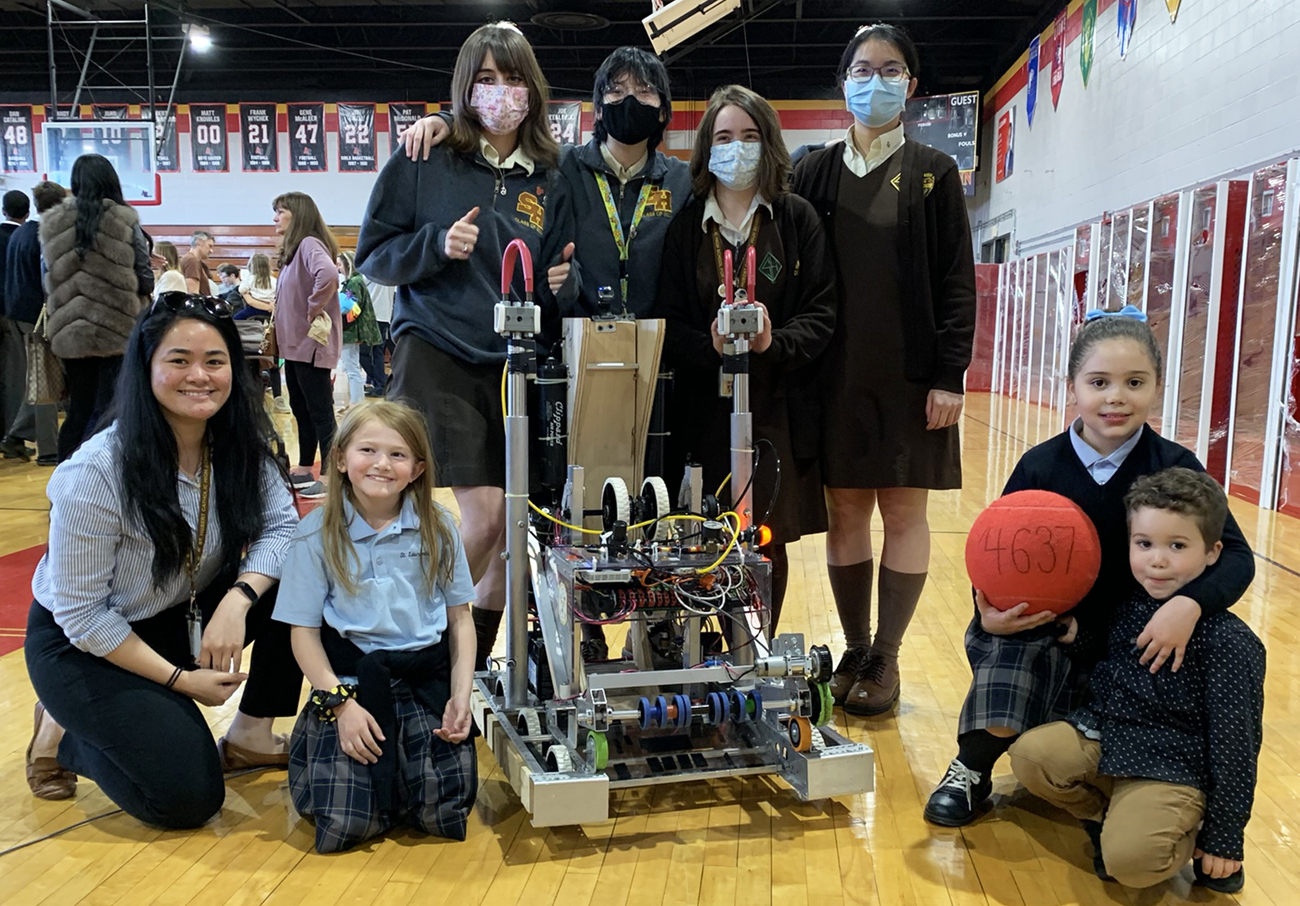 The “Bambie Botz” of St. Hubert Catholic High School for Girls demonstrated their robot for fellow participants in the STREAM Expo 2022 during its third session April 28 at Archbishop Ryan High School in Philadelphia. (Gina Christian)

“We placed our agriculture section up higher so light could reach it,” said Fayette, while Bean noted the “Mekong Meat” production unit could make “any flavor of meat you like through fermented mushrooms.”

“Bambie Botz” from St. Hubert Catholic High School for Girls in Philadelphia demonstrated their 111-pound robot’s slick moves, which included several shots at a basketball hoop in the Archbishop Ryan gym. Senior Marissa Carr explained the unit can also lift itself off the ground, using a small vehicle battery and pneumatically powered “arms” than can hook over a horizontal bar.

Conwell-Egan seniors took pride in the wind tunnel they built, which will remain in use at the school after they graduate so their successors can conduct a range of experiments.

And those skills will take students places they can’t even dream of, while keeping kids rooted in Christ, said Power.

“The current students in our grade schools most likely will have a job that’s not created yet,” she said. “STREAM learning helps them to look at the whole picture, and not just certain parts of it.” 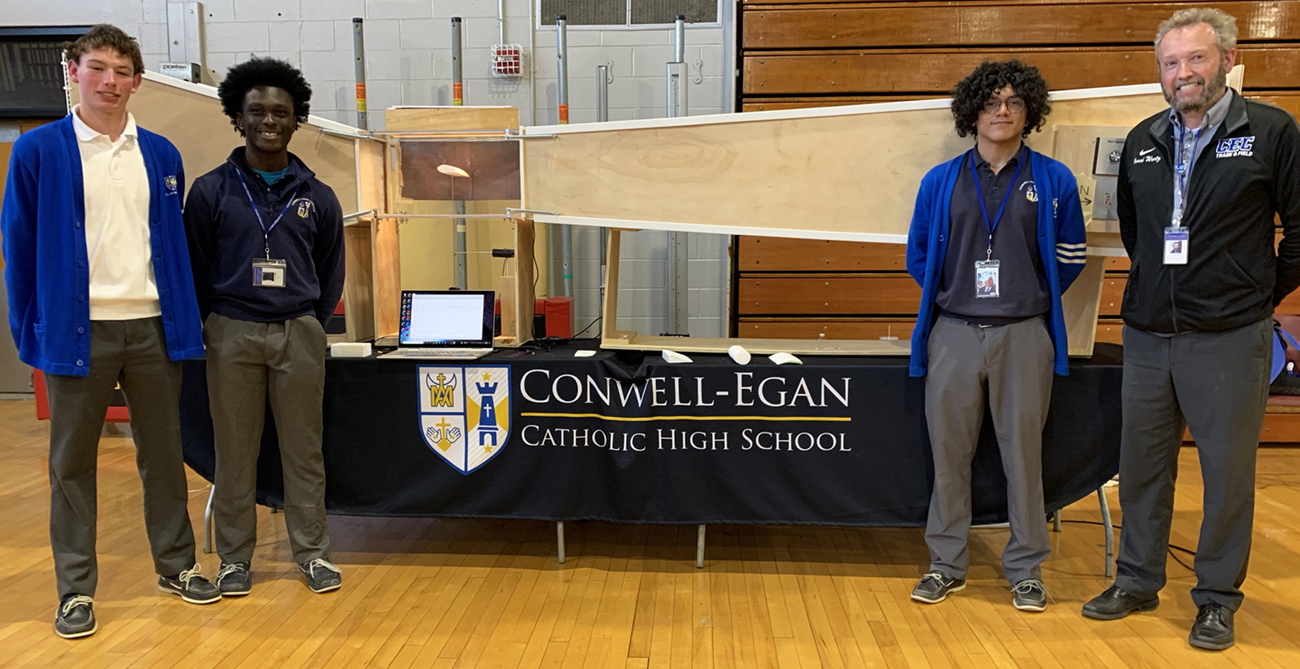 NEXT: Concert seeks to heal racism through ‘singing as one’ for God’s glory