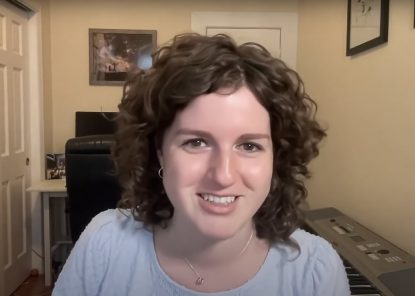 WASHINGTON (CNS) — Catholic leadership should not neglect climate change in favor of social issues including abortion, a Georgetown University panel concluded April 27 in an online discussion about how to apply Pope Francis’ 2015 encyclical “Laudato Si’, on Care for Our Common Home.”

Anna Robertson, director of youth and young adult mobilization at Catholic Climate Covenant, a nonprofit group based in Washington, cited a 2021 report from the Springtide Research Institute that said 74% of Catholics age 13 to 25 identified environmental causes as something that they are concerned about or that they care about.

She also cited a 2021 study published in The Lancet, a British medical journal, that said 84% of young people age 16 to 24 across the globe are worried about climate change, with almost 50% reporting negative day-to-day impacts on their life because of that.

“So this is a huge concern,” Robertson said. “And this is a real pastoral crisis for our church and young people who want to see our joys and hopes and anxieties reflected in the church and embraced by it.”

Robertson said church leadership should “step up its game.”

The discussion, “Young Catholics and Climate Change,” was sponsored by Georgetown’s Initiative on Catholic Social Thought and Public Life.

Daniel DiLeo, director of the Justice and Peace program at Creighton University in Nebraska, said his university’s study of bishops’ writings showed that the problem has gone on for some time.

“When we looked at more than 12,000 columns (in diocesan newspapers) that were published between June 2014 … for 96% of all U.S. dioceses … less than 1% of those columns, only 93 of them, even mentioned the words climate change, global warming, or a variation.

“And among those 93, only 56 described climate change as something that’s either real or currently happening. So one year before Laudato Si’ and four years after, the U.S. bishops were virtually silent, at least in their own dioceses, about climate change and that’s a topic that in the encyclical the pope describes as one of the principal challenges facing humanity. I think that’s stunning.”

“So I think for young Catholics, this means a lot,” he said.

Catholic social teaching on the environment should be “just as important as Catholic teaching on sexuality,” said Suzana Moreira, a theological consultant based in Rio de Janeiro. Progress means “understanding the importance of going beyond the usual topics in youth events” as well as the ability to “connect climate change to our own personal lives.”

Sharon Lavigne, who leads Rise St. James, a faith-based environmental justice group in St. James Parish in Louisiana, known as Cancer Alley from the effects of industrial pollution, said her neighbors were slow to realize they were being poisoned by a massive Formosa Plastics plant.

“The air is so toxic, we can’t hardly breathe it now,” she said.

Lavigne, who is the 2022 Laetare Medal recipient from the University of Notre Dame, said: “I asked God what to do. And that’s when he gave me the answer: To fight.”

DiLeo suggested that Catholics should push bishops into supporting a zero net-carbon-emissions goal.

He said Catholics should figure out who the allies are in different parishes and then meet with the bishop using evidence-based strategies to communicate ideas.

“And then end with a very clear, compelling call for a specific action,” he said.