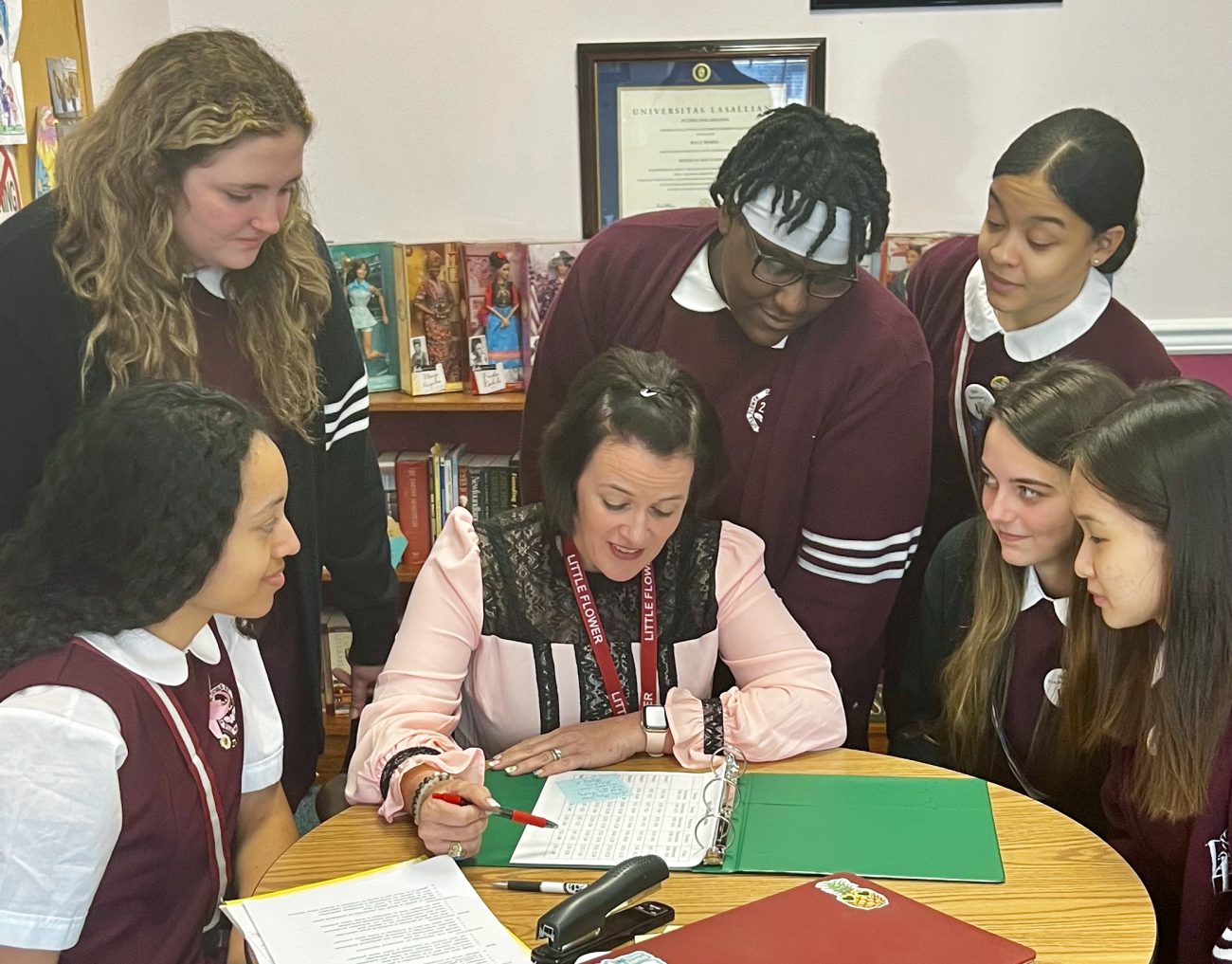 Molly Quinn, assistant principal for student life at Little Flower Catholic High School for Girls, describes her educational approach as one that goes "back to basics." (Molly Quinn)

Even when she worked in public schools, educator Molly Quinn kept a statue of St. Katharine Drexel on her desk.

“I modeled myself after her,” said Quinn. “She worked for all.”

And Quinn plans to continuing following that example in her new role as assistant principal for student life at Little Flower Catholic High School for Girls in Philadelphia.

In many ways, the appointment – announced last month by the Philadelphia Archdiocese – is a homecoming.

Quinn is a graduate of Catholic education, having attended Nativity of the Blessed Virgin Mary Elementary School and the former John W. Hallahan Catholic Girls’ High School, both in Philadelphia. She holds both an undergraduate and a master’s degree from La Salle University, and two master’s degrees in education from Holy Family University.

She’s also the daughter of two Catholic school teachers, who met while they were on the faculty of Holy Innocents Parish School in Philadelphia.

“My mom was the smarts, my dad was the hearts,” Quinn laughed. “And Catholic education refined the smarts and hearts in both.”

Her parents hail from the Irish diaspora that settled in Canada’s province of Newfoundland and Labrador beginning in the late 18th century – a migration so substantial the province has been dubbed “the most Irish place outside of Ireland.”

Quinn has delved into her “Irish Newfie” heritage, having studied at The National University of Ireland and the Memorial University of Newfoundland. While in graduate school at La Salle, she devoted her thesis to “the real history of Newfies, and who was telling it – the Newfies or the British,” she said, adding that due to the specialized nature of her topic, she gets “random emails from people all the time” asking for her insight. 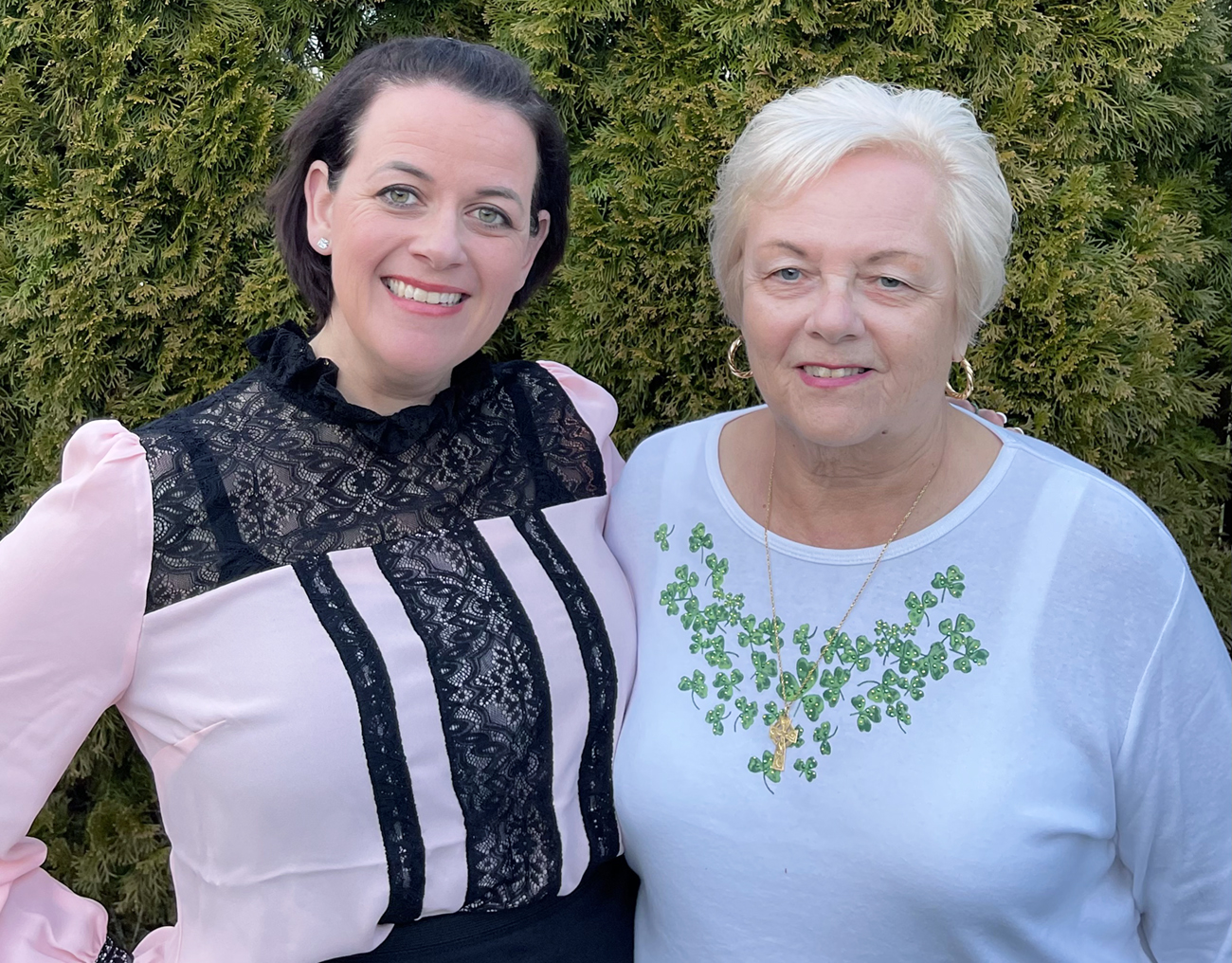 “I’ve always been taught to respect my culture,” said Quinn, who brings an even deeper passion to her career.

She describes her approach at Little Flower as a matter of “back to basics” – especially as students grapple with readjusting to life after COVID lockdowns.

Teens “across the board have been greatly affected by the pandemic in social and emotional learning,” said Quinn.

Months of virtual classes have left many unfamiliar with the rhythms of normal high school schedules, she said.

“Some of the younger girls never had the seventh or eighth grade year to prepare them to move from class to class” throughout the day, Quinn said.

And while educators across the nation have reported adverse behavior among post-COVID students, Quinn – who also handles disciplinary matters at Little Flower — said the issue is more about memory rather than antagonism.

“When I have a student in my office, I’ll look at them and say, ‘Did you forget how to be a student?’” she said. “And I think many of them, because of the pandemic, have. So it’s not that we’re having discipline issues; they’ve forgotten what it means to be a student.”

Even before the pandemic, teens have increasingly been living “in a social media world,” one that leaves girls in particular at risk, she said.

“They’re constantly inundated by body images that are not attainable,” said Quinn. “They’re emotionally very aware of these influencers on social media, but that’s just not reality.”

Quinn said the return to in-person learning is helping teens overcome the isolation and setbacks experienced during COVID, while imparting the strength she herself received as a Catholic school student.

“Catholic education empowered me to not only take control of my life and to take chances, but … to remain faithful in all things that I did,” she said.

PREVIOUS: Mission trip to Haiti ignited his zeal to become a priest

NEXT: Visit to ‘saint of the impossible’ laid his path to priesthood