‘I don’t see, I don’t hear’: Mexican bishop on working with crime bosses 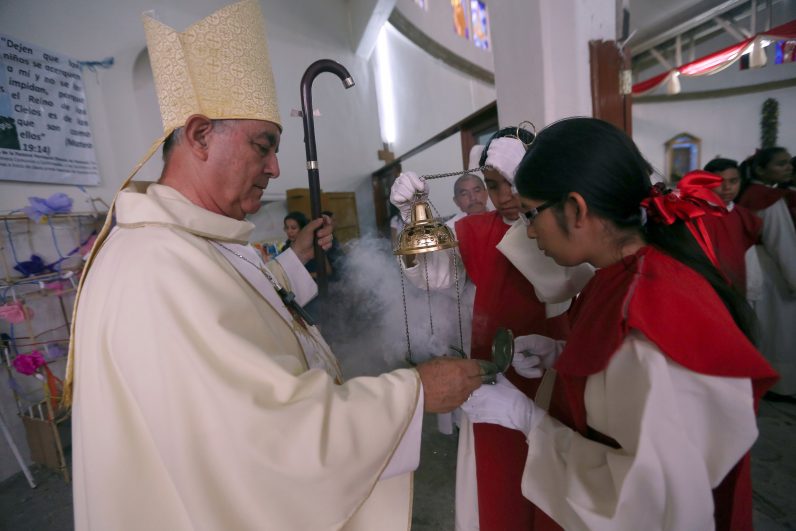 CHILPANCINGO, Mexico (CNS) — Local crime bosses were the first to greet Bishop Salvador Rangel Mendoza when he arrived in the oft-violent Diocese of Chilpancingo-Chilapa for his 2015 installation. They insisted on immediately breaking bread with the bishop.

“It was an accidental thing,” Bishop Rangel said of the inauspicious arrival. “They told me ‘not to worry about a thing (and) that they were going to care for me like friends,'” he recalled. “What was curious was that instead of priests receiving me (in Chilpancingo,) they were the ones receiving me.”

The initial meal upon arrival was the first of many meetings with crime bosses in the diocese, which serves Mexico’s heroin-producing heartland in Guerrero state and has been rife with drug cartel conflicts.

The meeting set the tone for his time in Chilpancingo and offered a preview of his preference for seeking dialogue with all sides. It’s a pastoral approach he brought from his previous position as a bishop in central Hidalgo state, where crime bosses he got to know sent a pair of vehicles to escort him as he drove to Guerrero for his installation and called ahead for crime colleagues to prepare a welcome.

But it’s brought controversies and accusations, too. The Guerrero state government has accused him of accepting inappropriate gifts from criminals — something the bishop denies — and human rights defenders have expressed dismay with him courting relations with victimizers instead of victims of violence. Security analysts also say he appears to have become closest with a crime organization known as Los Ardillos.

Bishop Rangel denies allegations of any untoward relationship or playing favorites. But he insisted with Los Ardillos, “In their area there are no kidnappings, no extortion, no murders.” 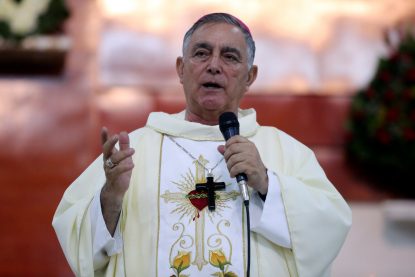 A security analyst contacted by Catholic News Service said such claims of drug cartels pacifying the regions they dominate and being morally better than their rivals are common and often impossible to verify.

“Every group I’ve ever talked to claims that they don’t extort, kidnap, or kill innocent people,” said Falko Ernst, senior Mexico analyst at the International Crisis Group. “These claims are, from my experience, never free of contradictions.”

In response to criticism, Bishop Rangel said, “I’ve always said, ‘narcotics traffickers are persons, they have feelings and reasons for acting the way they do.'” He added his actions stem from his Franciscan vocation, which involves “coming closer to enemies.”

“We’ve worked for peace. They’ve heavily criticized me for that, for approaching narcotics traffickers, but it’s been the way to achieve peace in these places,” he said.

In his time as head of the diocese, Bishop Rangel often made national media headlines. He spoke with a rare candor for Catholic bishops, who usually prefer not opining on local political and security matters.

He has blasted the local political class and perceptions of its collusion with drug cartels, saying after the 2021 Guerrero elections, “Narcos are going to govern us now, not politicians.”

Bishop Rangel also expressed disappointment with President Andrés Manuel López Obrador, who came to his diocese in late 2017 as a candidate and promised an amnesty for those in the illegal drugs business.

The bishop supported the amnesty idea, but it was never implemented. In the meantime, López Obrador has promoted a security policy of “hugs, not bullets” — which has resulted in fewer confrontations between security forces and criminal groups, but has not calmed the country, Bishop Rangel said.

“Narcos are taking advantage of this benevolence, benign government actions or a certain weakness of the government,” he said.

Bishop Rangel arrived at a difficult time in Guerrero state, long a complicated mix of deep poverty in isolated Indigenous villages and the glitz and glamor of Acapulco. His installation came shortly after the September 2014 attack on 43 teacher trainees, whose school is in his diocese — and a tragedy, he says, in which no one knows what really occurred.

Drug cartels had also started fragmenting in Guerrero as criminal groups fought over the production and commercialization of opium poppies, which helped fuel the opioid crisis in the United States.

But opium poppy prices crashed by 90% during Bishop Rangel’s time in Guerrero as drug cartels switched to producing “china white,” containing fentanyl, he said. The situation became so desperate for poor farmers — who had long grown opium poppies to make ends meet — that the docese organized food collections for the impoverished mountain area.

He’s often intervened in those disputes — including some involving the Catholic Church. His first meeting after being welcomed by crime bosses was to inquire about threats made against a priest. He later asked crime bosses extorting the cathedral in the neighboring Diocese of Tlalpa to back down.

But the relationship between drug cartel members and the Catholic Church is complicated — especially as the former can appear pious. A pair of diocesan priests were murdered while returning from a town festival in February 2018, a crime that remains unsolved, but was thought to be cartel related.

Comboni Father John Ssenyondo was murdered 2014 and his remains tossed in a mass grave. Bishop Rangel says the Comboni missionary from Uganda refused to perform a baptism because a godparent — a local village leader — was deemed inappropriate.

Bishop Rangel implemented a new policy of not asking questions of baptisms.

“The witness can be of any religion, any ideology” to avoid problems, he said, adding, “of course they’re not the best witnesses, but there has to be a witness.”

He recalled an especially sticky baptism in which a crime boss with “25 children and involved with four women, all there,” brought a child to receive the sacrament. 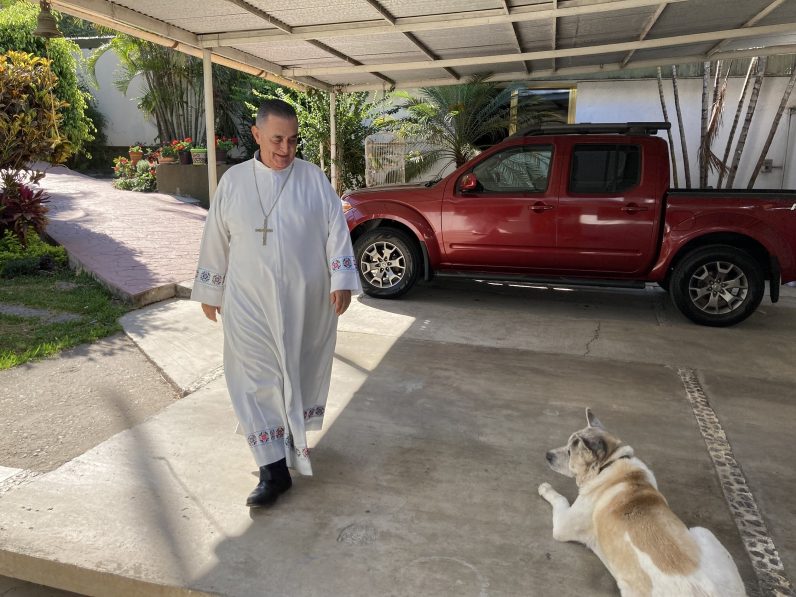 Mexican Bishop Salvador Rangel Mendoza of Chilpancingo-Chilapa approaches his dog, Taro, at his residence in Chilpancingo, Mexico, March 15, 2022. Bishop Rangel, now retired, often met with the leaders of drug cartels in an attempt to diminish violence in his diocese. (CNS photo/David Agren)