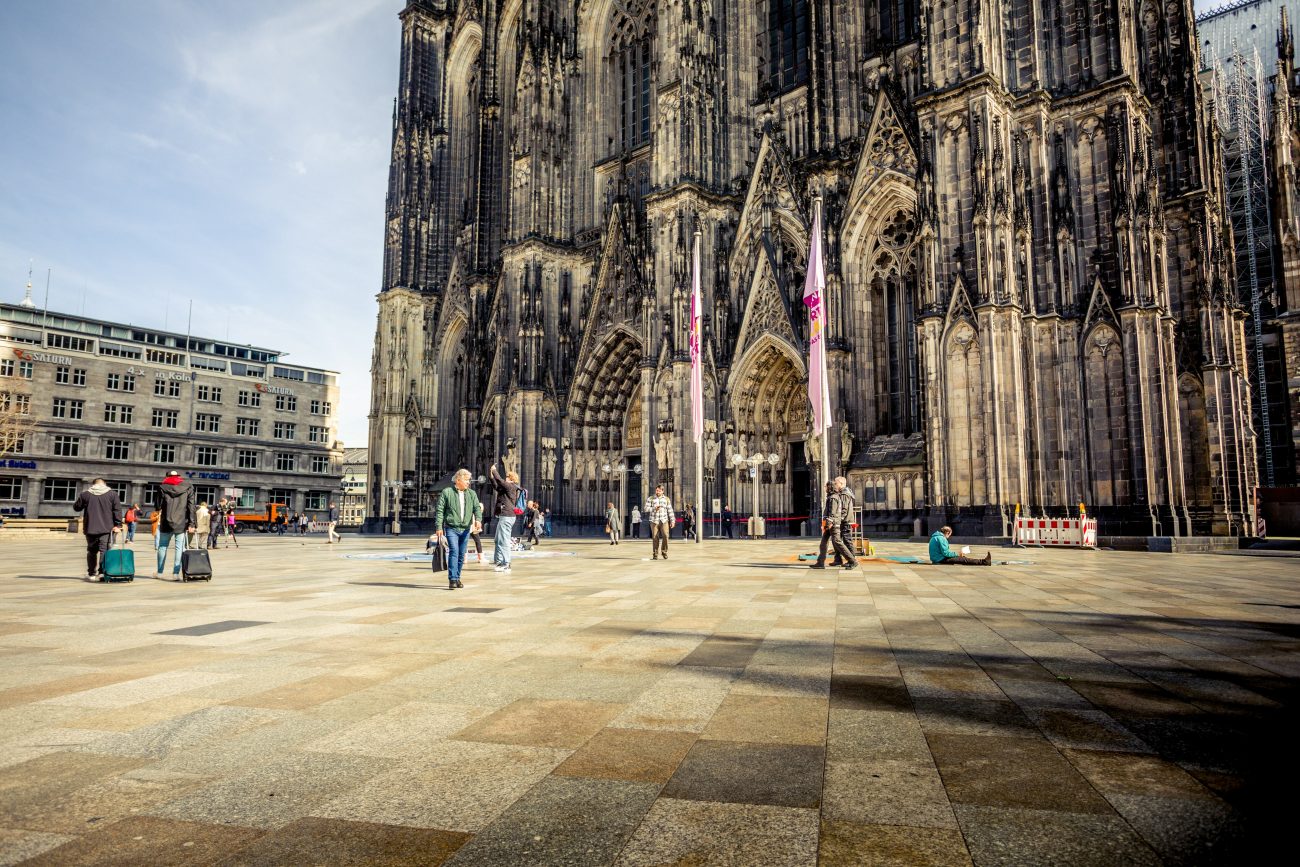 People walk outside the cathedral in Cologne, Germany, March 16, 2020. Catholics in the Archdiocese of Cologne responding to a survey preparing for the 2023 worldwide Synod of Bishops on synodality called for big changes in the church. (CNS photo/Theodor Barth, KNA)

COLOGNE, Germany (CNS) — Archdiocesan Catholics who responded to a survey preparing for the 2023 worldwide Synod of Bishops on synodality called for some big changes in the church.

The German Catholic news agency KNA reported that a statement on the archdiocese’s website noted a majority of respondents called for the faithful to be given greater self-determination and demanded major curbs on the power of the church leadership and priests.

Offices, ministries and functions should be assigned on a temporary basis, they said. In addition, church members should have a democratic say in matters such as the election of bishops.

The Archdiocese of Cologne has just under 1.9 million Catholics, KNA reported. More than 1,700 people — about .09% of archdiocesan Catholics — took part in the nonrepresentative online survey, “Tell the pope — what should the future of the church look like?” They submitted more than 5,400 contributions and 1,200 comments.

The survey results were summarized by an agency in accordance with social science standards. The findings showed that respondents favored a “separation of powers as in democracies” instead of “priest-centeredness.”

In addition, people of all sexual orientations and those who had been married several times should feel fully accepted in the faith community, respondents said.

Same-sex couples should be entitled to be blessed and married in the church, and divorced Catholics should be allowed to marry in the church again, the survey showed. Respondents also demanded an admission of guilt by the church for the “discrimination and personal injury of non-heterosexual people.”

A person’s gender and sexual orientation should not affect their ability to serve in church ministries, respondents said. Also, “women as well as trans people should be able to hold all ordained offices in their calling.”

In the future, respondents said, priestly celibacy should be voluntary rather than obligatory.

Many respondents demanded a complete reappraisal of abuse cases and said hierarchical structures had greatly hindered this in the past, KNA reported.

The responses also included calls for the resignation of Archbishop Rainer Maria Woelki of Cologne, who has come under criticism for his handling of abuse cases. While there were not many such calls in proportion to the total responses, they were “insistent and present in the course of the dialogue, and vehemently expressed in some cases,” the agency said.

In fewer cases, participants said the church should not succumb to the spirit of the times, should adhere to the ordination only of male priests and to mandatory celibacy, and should clearly identify abortion, adultery and homosexuality as sins.

The results will be deliberated April 30-May 1 at a diocesan gathering of 150 delegates — half from the archbishop’s highest advisory body, the archdiocesan pastoral council, and the other half as a “cross-section of people from the archdiocese.”

NEXT: Pope, Council of Cardinals meet, discuss war in Ukraine