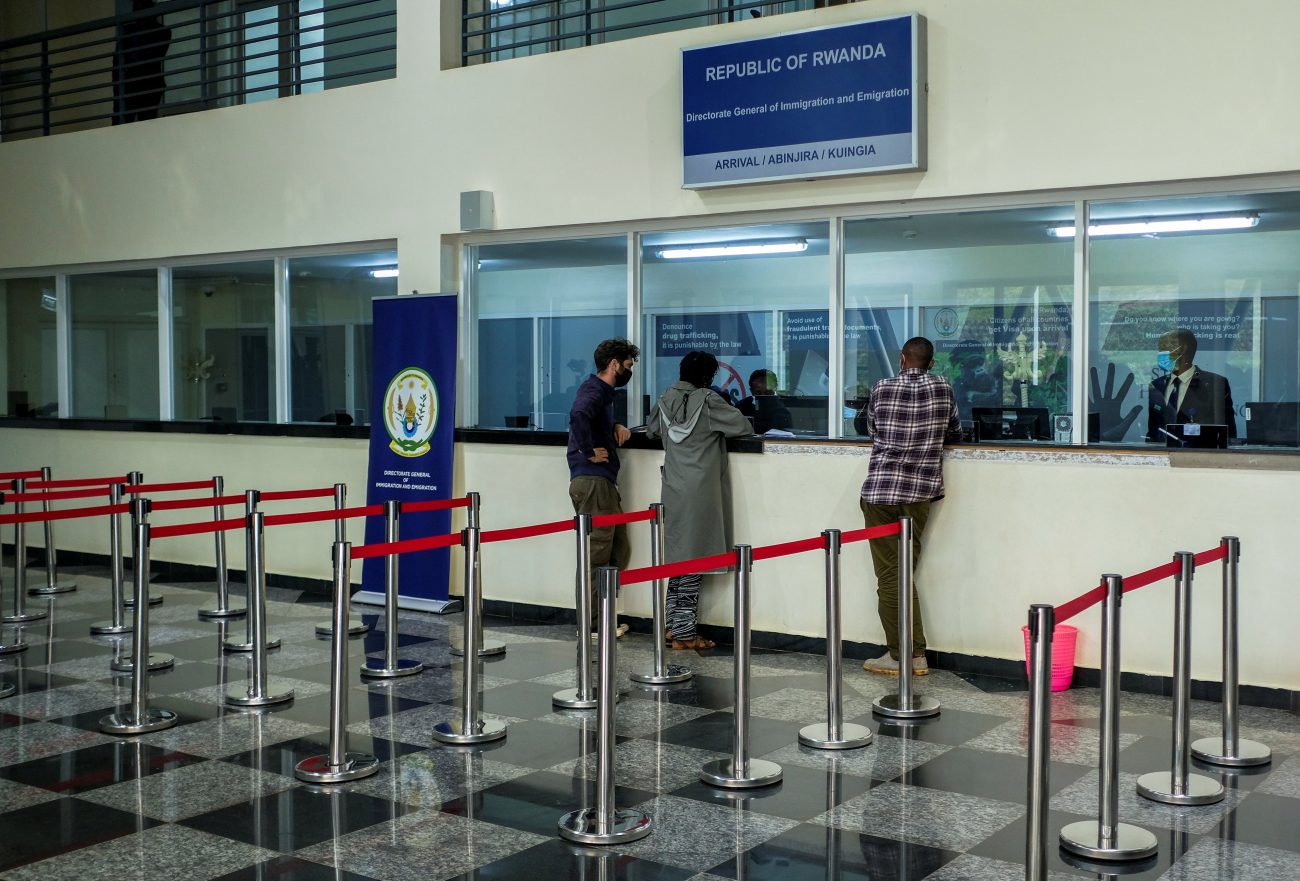 In an attempt to deter the trafficking of migrants across the English Channel, Prime Minister Boris Johnson is introducing a policy to send all single men who arrive by small boats some 4,000 miles away while their asylum claims are processed.

Auxiliary Bishop Paul McAleenan of Westminster, the lead bishop for migrants and refugees for the Bishops’ Conference of England and Wales, said migrants should be helped rather than discouraged.

“Despite presenting the plan as a humanitarian need to combat trafficking, this scheme will compound the difficulties of those arriving on our shores hoping for a new beginning,” he said in a statement April 21.

“The actions of the people of this country show that they wish to lift up those in need; decisions of the government should do likewise,” he said.

“We need to make it convenient for them to tell their story (their asylum claim), remembering we are dealing with individuals made in God’s image who have endured great hardships in their own country and on their travels,” added Bishop McAleenan.

Anglican Archbishop Justin Welby of Canterbury also criticized the 120 million-pound deal with Rwanda. The spiritual leader of the worldwide Anglican Communion used his Easter homily to declare that the plan cannot “stand the judgment of God.”

Bishop McAleenan said the international community, “motivated by the desire to uphold the dignity of human life,” needed to address the problems that cause people to flee their homes.

“We pray for all refugees whose sole aim is to survive each day. Led by the Christian spirit, manifested so powerfully at Easter, we should help and not discourage them,” he said.

Johnson has said the plan is “morally right” because he believes it will reduce the risk of migrants drowning as they attempt to cross the stretch of water between England and France in small boats.

The majority of migrants who attempt to enter England illegally by this route have already passed through several safe European countries, where they could have claimed asylum. Most are from the Middle East or Africa, but all will be sent to Rwanda for processing.

The European Union insists that refugees must claim asylum in the member country of arrival. But Britain’s exit from the bloc in 2020 means migrants can pass through European Union countries to the United Kingdom before they apply for residency.

During a visit to India in mid-April, Johnson told journalists, “I think we have an excellent policy to try to stop people drowning at sea, in the Channel, and I was surprised to find it criticized.”

In 2021, more than 30,000 migrants entered England illegally by crossing the Channel. Others have died trying, with 27 drowning on one occasion in November following the capsizing of a small boat.

PREVIOUS: Pope calls for truce, end to ‘barbarity of war’ in Ukraine

NEXT: God’s mercy brings joy, comfort to those in need, pope says