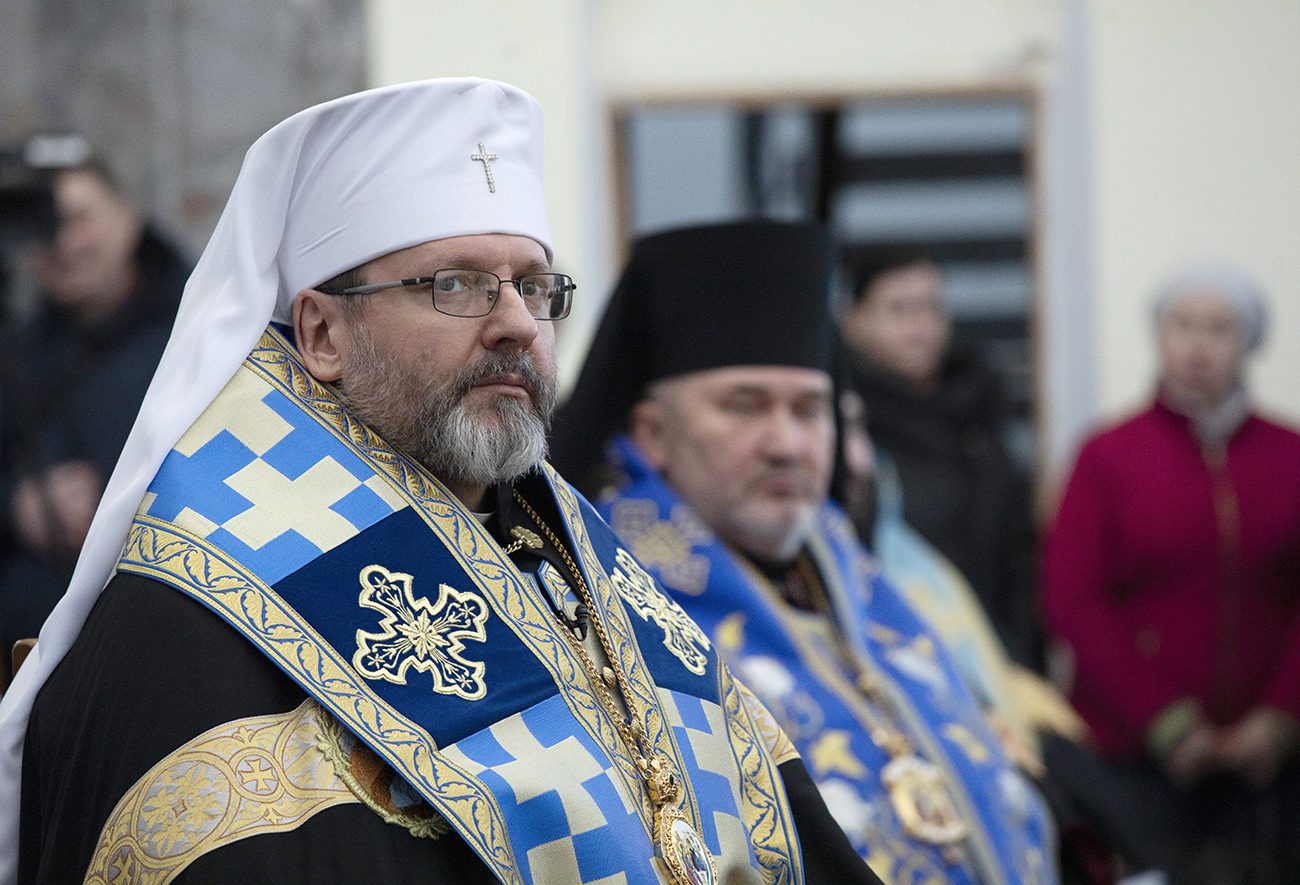 VATICAN CITY (CNS) — The head of the Ukrainian Catholic Church asked Pope Francis to scrap plans to have a Ukrainian woman and a Russian woman carry the cross together during the pope’s Way of the Cross service at Rome’s Colosseum April 15.

Archbishop Sviatoslav Shevchuk, major archbishop of the Ukrainian Catholic Church, said April 12, “I consider such an idea untimely, ambiguous and such that it does not take into account the context of Russia’s military aggression against Ukraine.”

For Eastern Catholics in Ukraine, he said, “the texts and gestures of the 13th station of this Way of the Cross are incoherent and even offensive, especially in the context of the expected second, even bloodier attack of Russian troops on our cities and villages.”

But it also ponders “how difficult it will be to reconcile ourselves to all this. Lord, where are you? Speak to us amid the silence of death and division, and teach us to be peacemakers, brothers and sisters, and to rebuild what bombs tried to destroy.”

Before Archbishop Shevchuk issued his statement, Andrii Yurash, Ukraine’s ambassador to the Holy See, had tweeted that his embassy “understands and shares the general concern in Ukraine and many other communities” about the idea of bringing a Ukrainian and a Russian together to carry the cross at the service.

“Now we are working on the issue, trying to explain (the) difficulties of its realization and possible consequences,” he tweeted.

The statement from Archbishop Shevchuk’s office said he, too, “conveyed to the Vatican the numerous negative reactions of many bishops, priests, monks and nuns, and laity who are convinced that gestures of reconciliation between our peoples will be possible only when the war is over and those guilty of crimes against humanity are justly condemned.”

Archbishop Visvaldas Kulbokas, apostolic nuncio to Ukraine, told the Catholic magazine Credo April 12 he had conveyed the reactions to the Vatican.

He said he would not have organized the Way of the Cross in this manner, noting: “Reconciliation must come when aggression is stopped, when Ukrainians will be able not only to save their lives but also their freedom. And, of course, we know that reconciliation occurs when the aggressor admits their guilt and apologizes.”

He also said it was possible the Vatican would change its plan: “Let us wait and see the final version.”

NEXT: Pope says ‘forces of evil’ are at work in Ukraine war