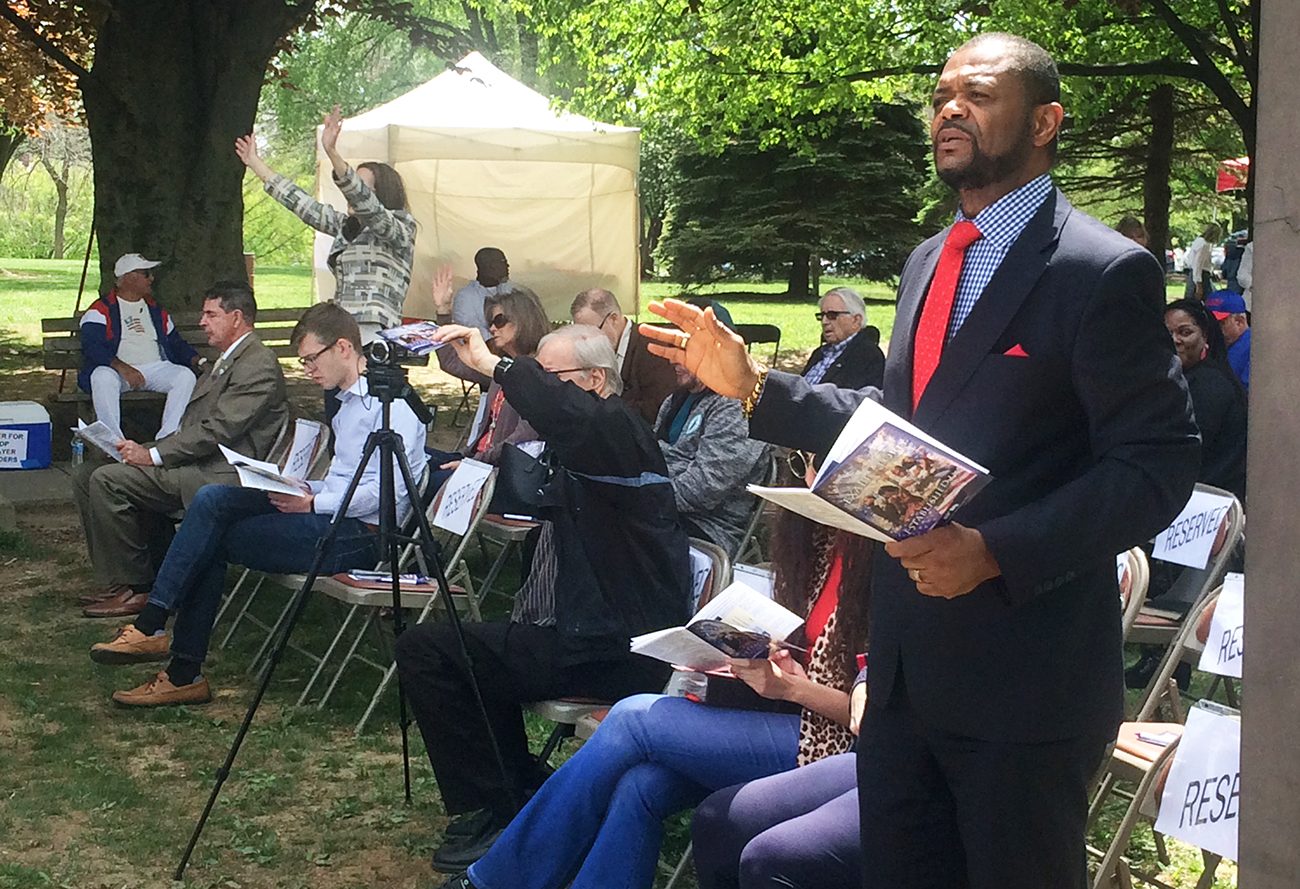 Pastor Editus Addy of Agape International Outreach Ministries and the crowd worship God in song during the National Day of Prayer event May 5 in Rose Tree Park, Media. (Photo by Dan McCarty

Delaware County’s celebration of the National Day of Prayer returned to Rose Tree Park in Media on May 5. After going virtual for two years due to the coronavirus pandemic, the 71st annual celebration was held in person once again.

Traditionally the National Day of Prayer (NDP) brings together Americans of all religious faiths to pray for their country on the first Thursday in May. In 1952, President Harry Truman signed a joint resolution of Congress that established the observance. The NDP Task Force, a privately funded organization, encourages the nation to take part in this annual day of prayer.

“Let everyone do their part to show God in person how much we love him … all together, out in the open, worshipping and honoring him for all the world to see,” said Patti Bruno, co-director of the National Day of Prayer Delaware County Task Force.

As the COVID-19 pandemic intensified in March 2020, the NDP Delaware County Task Force began weekly conference calls when unable to meet in person. At the time, the task force was optimistic that in the weeks to come social distance protocols might be lifted and the NDP would be able to happen at Rose Tree.

But when that did not look likely, a decision was made to go virtual for the first time, and the day was not cancelled. Activities in 2021 were a hybrid of virtual and in-person participation.

Approximately 200 people came to Rose Tree Park for the three-hour celebration this year. Held in the late morning through early afternoon, some people stopped by on their lunch hour. Among the first-time attendees was Trudy Arnodo, a parishioner of St. Francis of Assisi in Springfield.

“I think it’s a beautiful day for all denominations,” said Arnado. “It worked out well. The Holy Spirit wanted me here.” 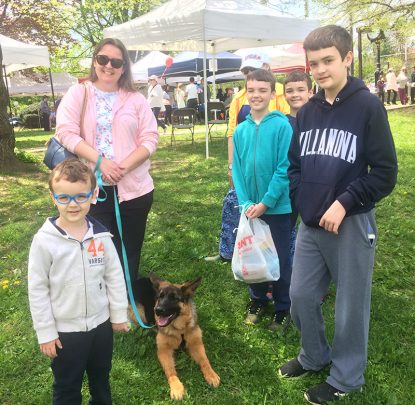 The McCabe family, bringing along with their five-month-old German shepherd, Shadow, enjoyed the day of prayer in Rose Tree Park.

Bruno introduced this year’s theme to the crowd, “Exalt the Lord, Who Has Established Us” based on Colossians 2:6-7.

“Let us cherish the living Jesus,” said Bruno. “United we stand, (divided) we fall. It’s a day to worship God.”

As in previous years prayers were offered for a wide variety of needs including the family, the church, business professionals, education, active military and veterans, first responders, government leaders, and people working in arts, entertainment and media.

This year new offerings included prayers for Jerusalem, Ukraine and the ending of legalized abortion.

“Bless and protect the troops as they are on the battlefield,” said Paul Vashchishin of First Ukrainian Baptist Church in Brookhaven as he prayed for Ukraine and world peace. “You are the way, the truth and the life. We pray for the government. We pray for the church in Ukraine.”

Pastor Elliot Liverman came from First Baptist Church in Temple, Pennsylvania (Berks County) to deliver a prayer for the “Ending of Growing Power of Spiritual Darkness and Wickedness,” another new offering for 2022.

The gathering was his first time celebrating the NDP with Delaware County. He was grateful to be asked by Bruno to speak and be a part of it. 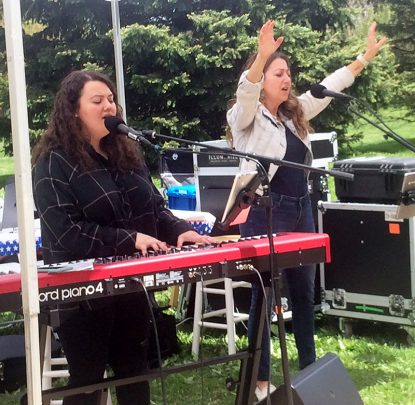 The family musical ensemble Adoration Worship Movement of Calvary Chapel Delaware County in Chadds Ford led participants in song with selections including “America The Beautiful,” “God I Look to You,” “I Exalt Thee,” “What a Beautiful Name,” “Break Every Chain,” “Worthy of it All” and “I Will Exalt.”

“All the glory goes to the Lord that his name be praised in this nation,” said the group’s vocalist Sam Ditzel.

Rev. Per Faaland, associate pastor of Collingdale First Church of the Nazarene in Collingdale, prayed for the education system including teachers and youth.

He said that as Roe v. Wade appears ready to fall, the Body of Christ will have to step up. Families need to become houses of prayer.

“We need to repent today for our prayerlessness,” said Faaland. 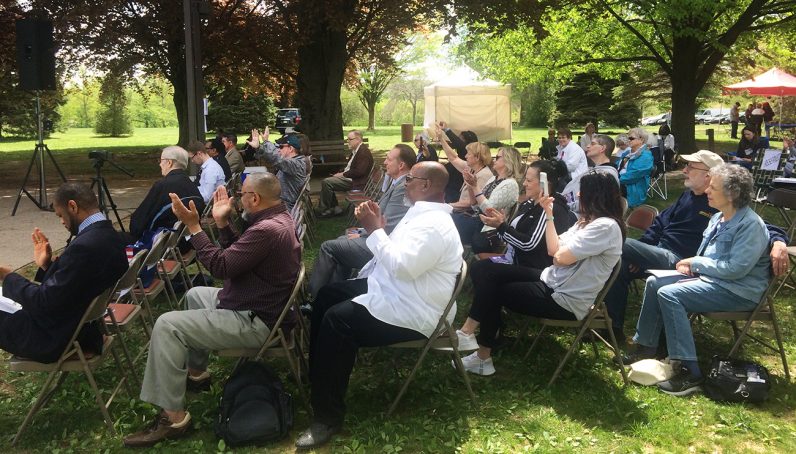