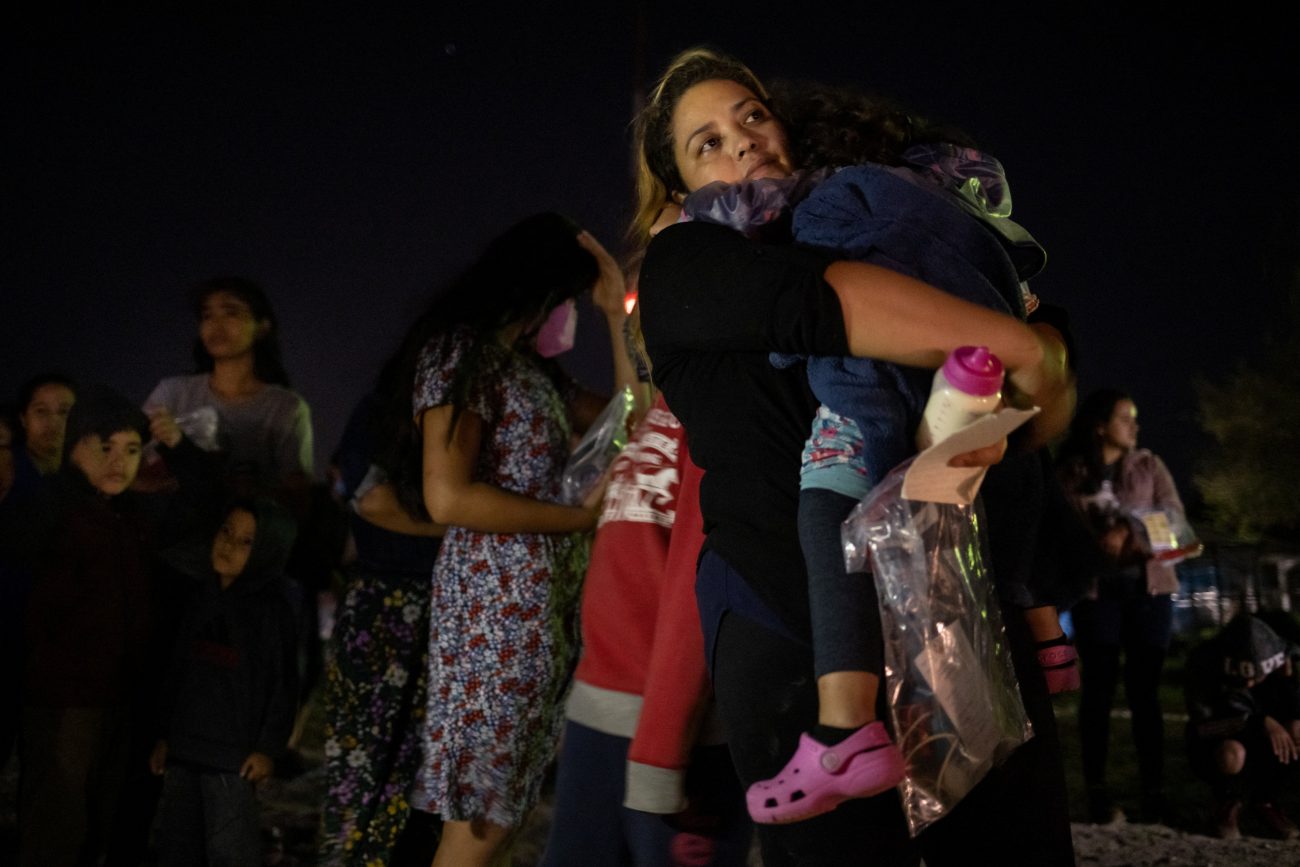 Cynthia, a migrant from Honduras seeking asylum in the U.S., holds a bottle of baby formula for her 3-year-old daughter, Alicia, as she waits to board a bus to a U.S. Customs and Border Protection facility in Roma, Texas, May 13, 2022. (CNS photo/Adrees Latif, Reuters)

WASHINGTON (CNS) — The White House said providing baby formula to migrants at the border, even as the country faces a shortage of it, is “morally the right thing to do.”

Jen Psaki, in her final news conference as White House press secretary May 13, responded to a question that arose from claims by Republicans, such as Reps. Elise Stefanik of New York and Kat Cammack of Florida, who tweeted two photos May 11.

“The first photo is from this morning at the Ursula Processing Center at the U.S. border. Shelves and pallets packed with baby formula,” the congresswoman tweeted. “The second is from a shelf right here at home. Formula is scarce. This is what America last looks like.”

Psaki pointed to a law that requires the government to provide drinking water, food as appropriate, medical assistance, and other standards of care to immigrant children in government custody.

Referring to Stefanik, Psaki said that “she may or may not be aware of” the law “that’s been in place since 1997. It requires adequate food and elsewhere, specifies age appropriateness, hence formula for kids under the age of 1.”

On May 16, baby formula producer Abbott and the Food and Drug Administration agreed on plans that may help reopen a factory in Michigan by the end of May. Its closure, after recalls, contributed to the shortage, some said. Hoarding of the product and a labor shortage also are said to be factors that have contributed to the situation. But it may take weeks to alleviate the shortage.

Groups such as Make the Road, a national pro-immigrant organization, chided politicians for trying to pin the blame on immigrants for the shortages.

“We are talking about a nationwide baby formula shortage, families who cannot access a basic supplement. This should be a national emergency, not a political football,” said Barbara Lopez, director of Make the Road in Connecticut in a May 13 statement. “Our communities have historically been targeted and blamed for the suffering of this country. But enough is enough.

“The U.S. has always prided itself on being a beacon of safety for those fleeing danger,” she continued. “Our country is at its best when we welcome those in need of protection, regardless of their immigration status and the color of their skin.”

PREVIOUS: Ukrainians ‘have made the Bible come alive’ for world, says archbishop