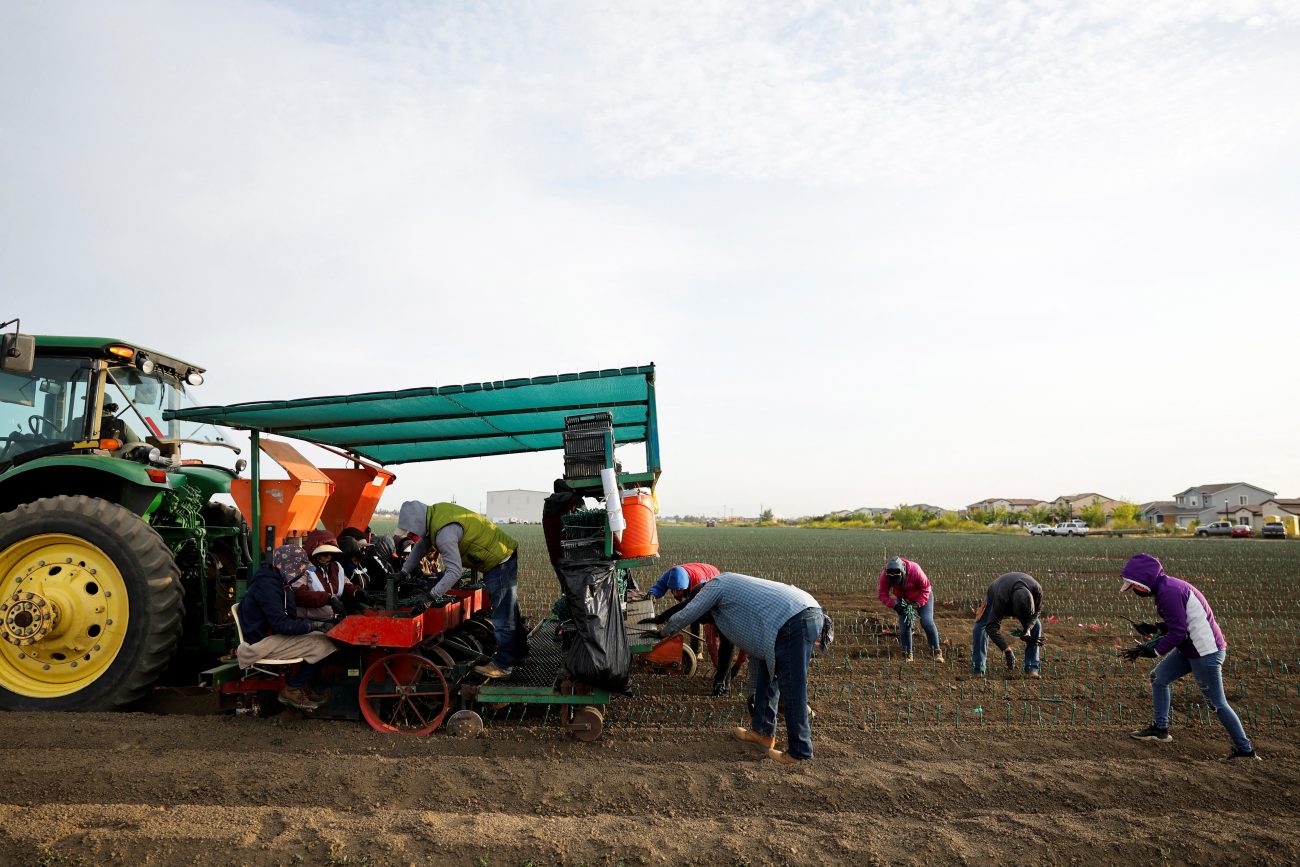 WASHINGTON (CNS) — Farmworkers and farmers alike are at risk of being thrust into poverty and disease due to the market power of a concentrated agriculture industry, according to a new study.

“Farmworkers and meatpacking workers — performing ‘essential’ work side-by side and often returning home to crowded living conditions — were among those facing the highest risk of contracting COVID-19,” said the report, “A Growing Problem: How Market Power in Agriculture Fuels Racial & Economic Inequality,” issued April 29 by the Economic Security and Opportunity Initiative of Georgetown Law’s Center on Poverty and Inequality.

“For example, large seed companies in the corn and soybean seed markets continue to acquire smaller seed firms, and increase the barriers to entry into the market through expensive licensing agreements and protective patents. As a result, the largest four providers of corn seed increased their market share by 41.6% between 2000 and 2015, from 60% to 85%, respectively.”

The report said: “Growing concentration is not simply an outcome of creating ever more efficient food production and processing systems. Rather, those concentrated systems have been built through decisions that exploit and endanger workers while maximizing profit for a select few.

“As smaller farms and processors are unfairly undermined in favor of large farms and corporations, those same large entities are then better positioned to exploit hired farm laborers and workers in processing plants.”

The report described one such scheme.

“Recently, the DOJ (Department of Justice) accused Tyson — along with 18 other poultry processors — of conspiring to manipulate poultry prices through purposeful flock destruction and distributing detailed data on production rates among ‘competitors’ in order to coordinate prices. The case was declared a mistrial after jurors failed to reach a verdict, with other litigation still pending,” it said. 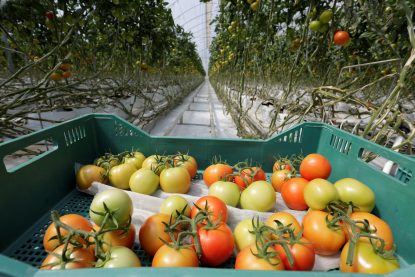 A crate with freshly picked tomatoes is pictured in this undated photo. (CNS photo/Alan Ortega, Reuters)

“Facing less competition and little accountability, those corporations can suppress wages and expose workers to unsafe and deadly working conditions. Market power helps create conditions for companies to better exploit racist power dynamics, with people of color, immigrants and low-income individuals experiencing the brunt of the harm,” it said.

Hispanics make up 60.2% of nonmanagerial farmworkers, and people born outside the United States account for more than 50%. Percentages are somewhat lower for animal production and animal slaughter from these two groups, but Blacks make up for 24% of the animal slaughter workforce.

“Many companies choose to locate where they can more easily exploit people for their labor, such as areas with low prevailing wages and high shares of already marginalized workers,” the report said.

“Tyson recruits Burmese refugees to its plant in Garden City, Kansas, and a turkey plant in Colorado recruits and buses workers from Durango, Mexico. Temporary immigrant workers are particularly vulnerable to exploitation by employers because their ability to remain in the U.S. is tied to their employer.”

As a result, “workers, consumers and communities of color disproportionately shoulder the consequences of poorly regulated market power and consolidation,” the Georgetown Law report said.

The report added: “Factory farms take advantage of workers from low-income and immigrant families who may have limited job prospects due to language barriers. Workers are placed in dangerous and demanding working conditions and are exposed to substantial ‘environmental hazards that are harmful to their health and well-being,'” according to separate studies by the U.S. Dept. of Agriculture in 1992 and the Union of Concerned Scientists in 2019.