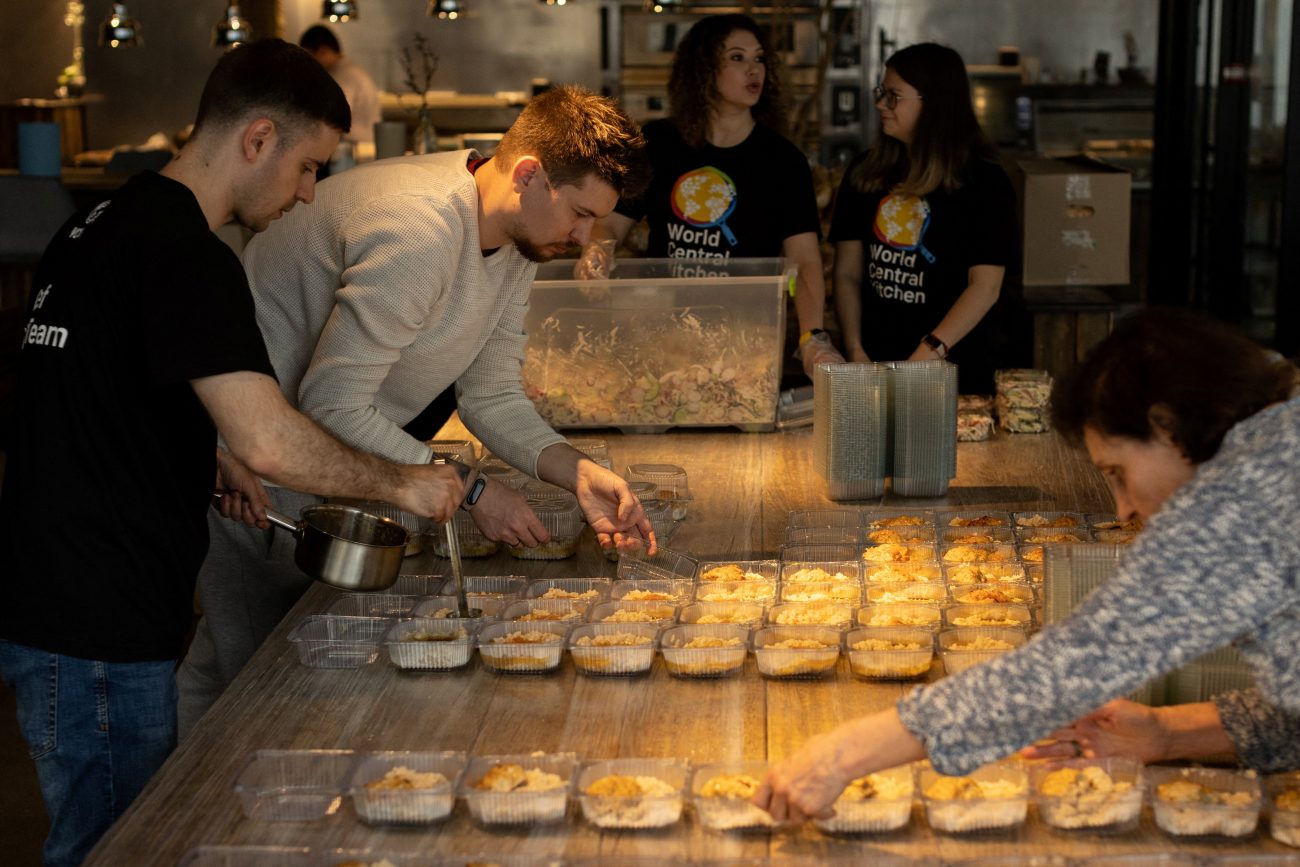 VATICAN CITY (CNS) — Facing the trauma of conflict requires love and hope, and Caritas has been hard at work sharing this “medicine” with everyone, said the director of Caritas-Spes.

The war will not end with just a peace agreement, said Pallottine Father Vyacheslav Grynevych, director of the charitable arm of the Latin-rite Catholic dioceses in Ukraine.

“The war will be ended when we can forgive all of the evil things that we saw, when we restore not just our houses, but our souls, our memory,” he said at a news conference May 16.

“There is medicine” for this “picture of war” that can remain in people’s minds for a lifetime, he said; it is “the medicine of the church, the medicine of love, of hope, and it is our vocation as a Caritas family to share this between people.”

Father Grynevych was one of several Caritas representatives who provided an update on the work of national Caritas offices in Ukraine and the Caritas confederation in response to the war.

The priest also spoke about a meeting May 15 with Pope Francis, who invited the small group to tell him about what Caritas staff and volunteers have been doing.

He said he told the pope how the bishops and priests in Ukraine have become volunteers of Caritas. “We all are Caritas” with local churches collaborating, as well as collecting and storing items for distribution, he said.

Father Grynevych said the pope praised this unity in action, and he said the pope’s call for a church that “goes forth” outside its own doors has become “our experience, our reality now.”

From the start of the war Feb. 24 to early May, Caritas-Spes and Caritas Ukraine — the Caritas arm of the Eastern Catholic dioceses — have assisted more than 1.22 million people through more than 50 local centers across the country, Caritas Internationalis said in written press materials. Assistance includes shelter and temporary housing, hot meals and to-go food packets, medications, hygiene kits, recreational activities for children and psychological assistance for children, families and individuals.

According to the U.N. Refugee Agency, some 13.7 million people — 30% of the population — have been displaced from their homes. At least 7.7 million people are displaced within Ukraine and more than 6 million people have left the country seeking refuge. The Caritas network in bordering nations has been assisting refugees.

Tetiana Stawnychy, president of Caritas Ukraine, said that for those still in Ukraine, local Caritas centers have been a place where people can find community and renewal.

In places of war and conflict, there is a tendency for things to follow a path of “chaos, destruction, war, aggression,” she said. But there can be a “peace that is pushing back on it,” which is “solidarity, love, care for one another, and it restores people’s inner integrity.”

This kind of support “is the DNA of Caritas,” said Silvia Sinibaldi, international cooperation and humanitarian director at Caritas Europa.

Caritas is rooted in the local community, and it relies on the hard work and dedication of staff and volunteers, she said. Volunteers “are the engine” powering the network and many volunteers are those who had been receiving help during their time of need, she added.

Father Grynevych said he has been impressed by how people have been able to come together in an extremely challenging situation.

He pointed to the groups of people living underground in city subway systems. He said each subway station is highly organized with a “leader” and distribution points for food and medicine. People even vote for what movie they want to watch each evening, he said.

The leaders of each subway station are in communication with each other so if something is missing, like sugar, for example, they arrange for an exchange of needed goods along the subway lines, he said.

From the outside looking in, “it’s a terrible image when a child was born, for example, in the metro station,” he said. But on the other hand, “it shows the beauty of the human soul that is very flexible to the situation” and can come together with positive leadership.

NEXT: Chaos, curfew after arrests in mob murder of student accused of blasphemy