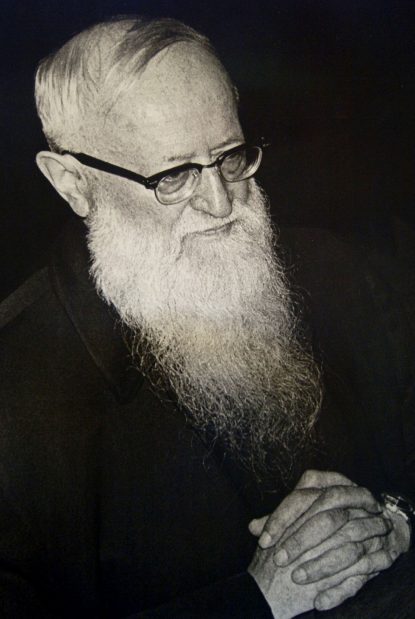 Father Joseph Kentenich, founder of the Schonstatt movement, is pictured in a file photo. After consultations with the Vatican, a Trier bishop has suspended the sainthood cause for Father Kentenich. (CNS photo/KNA)

TRIER, Germany (CNS) — Bishop Stephan Ackermann of Trier has suspended the proceedings for the sainthood cause of Father Joseph Kentenich, founder of the international Schonstatt movement.

The allegations against Father Kentenich were made during an apostolic visitation in the early 1950s but were not uncovered until a researcher found them in the Vatican archives in 2020.

Father Kentenich’s sainthood cause was opened in 1975 in the Diocese of Trier, Germany, and was in the diocesan phase, which is the first step in a candidate’s cause before it is sent to Rome for further investigation.

The allegations from the Schonstatt Sisters of Mary described a questionable “father cult” and leadership style, as well as inadmissible confessional practices and physical touching. The incidents were said to have occurred mainly in the late 1940s.

The allegations have already been investigated in the archdiocese of Milwaukee. The new investigation is to determine whether the earlier investigation meets modern criteria.