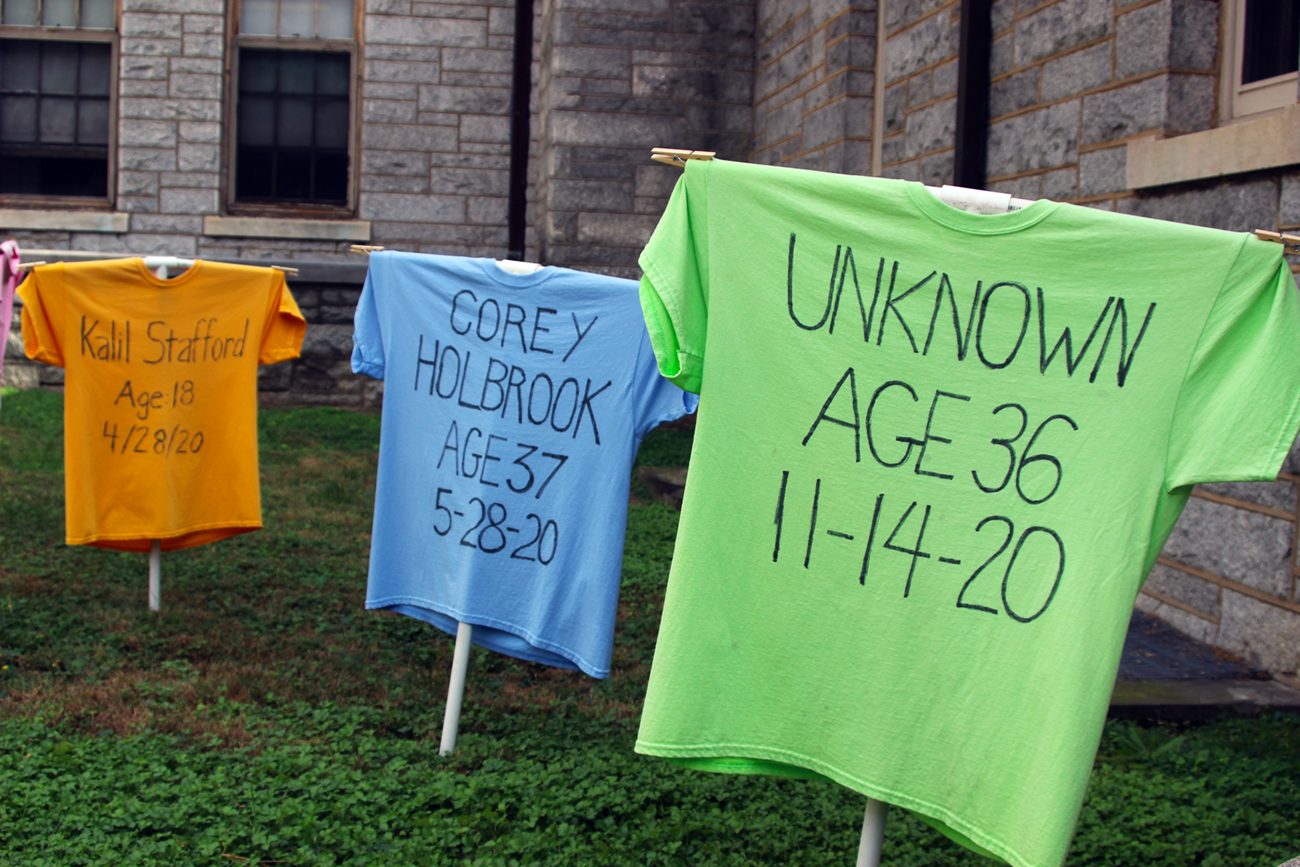 T-shirts from the Philadelphia Memorial to the Lost, which commemorates victims of gun violence, are seen on display at Chestnut Hill College, Oct. 16, 2021. (Gina Christian)

As gun violence continues to plague both the city and the nation, faith leaders will gather at the Cathedral Basilica of SS. Peter and Paul to honor lives lost – and to call for action to make communities safer.

(Related: Behind the bullets – Teens give inside view of gun violence in Philadelphia)

“From Sanctuary to Street, from Lament to Action” will take place June 9 at 2 p.m. at the cathedral, with all people of goodwill invited to participate.

Recently retired Philadelphia Auxiliary Bishop Edward Deliman will serve as the event’s principal convener on behalf of Archbishop Nelson Pérez, joined by faith leaders from the Episcopal Diocese of Philadelphia, Quba Masjid and the Jewish Community Relations Council of the Jewish Federation of Philadelphia.

The service will feature a display from the Philadelphia Memorial to the Lost, one of several collections of T-shirts representing victims of gun violence – an array assembled by Heeding God’s Call, whose executive director Bryan Miller lost his brother Michael, an FBI agent, during a 1994 ambush at Washington, D.C. police headquarters.

A Witness Walk and a moment of remembrance at a gun violence site will round out the service, which will be livestreamed via the Archdiocese of Philadelphia’s Facebook page (https://www.facebook.com/ArchPhila).

Gun violence has now overtaken motor vehicle accidents as the leading cause of death among U.S. children and adolescents, according to an analysis of Centers for Disease Control data published May 19 in the New England Journal of Medicine.

As of June 7, Philadelphia has seen 801 nonfatal and 196 fatal shooting victims, said the city’s Office of the Controller on its website.

NEXT: Novena for Ukraine unites faithful from Philly and afar