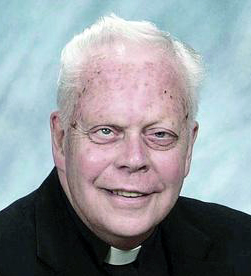 He was ordained a priest May 13, 1961 at the Cathedral of SS. Peter and Paul in Philadelphia by then-Archbishop John J. Krol — the first class of priests he ordained as archbishop of Philadelphia.

Msgr. O’Brien was named an honorary prelate of Pope John Paul II with the title of monsignor on March 14, 1998.

Msgr. O’Brien is survived by his sister, Anne, and a niece and nephew. Interment will be at St. Patrick’s Cemetery in Norristown.