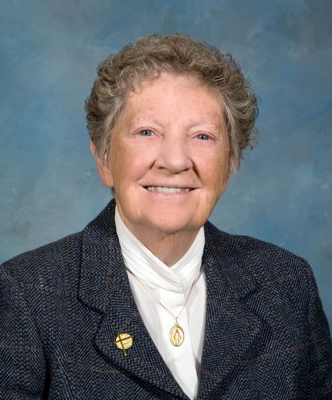 She taught in various grade schools in the archdiocese then moved on to service for some two decades at Archbishop Prendergast High School for Girls, Little Flower High School and St. Hubert High School.

Following those positions she began the work for which she become well known throughout the archdiocese when she joined the staff of The Catholic Standard and Times, former newspaper of the Philadelphia Archdiocese, in 1985.

Over 11 years “Sister Kate” served as an assistant editor, youth editor and feature writer, telling the inspiring stories of hundreds of local Catholics.

She remained on staff until 1996 when she served as archdiocesan coordinator for vocations to religious life until 2011.

In that year Sister Kathleen marked her 60th in religious life, and in an interview told her former colleague Lou Baldwin of the CS&T that, “I’m absolutely optimistic there are so many good young people out there. I encourage them to consider the church. We need them.”

She was predeceased by her parents and siblings James, John, William, Edward, Daniel, Mary, Rita and Margaret. She is survived by her sister Jane Czerski and by nieces, nephews, grandnieces, grandnephews, great-grandnieces and great-grandnephews, as well as members of her congregation, the Sisters of St. Joseph.