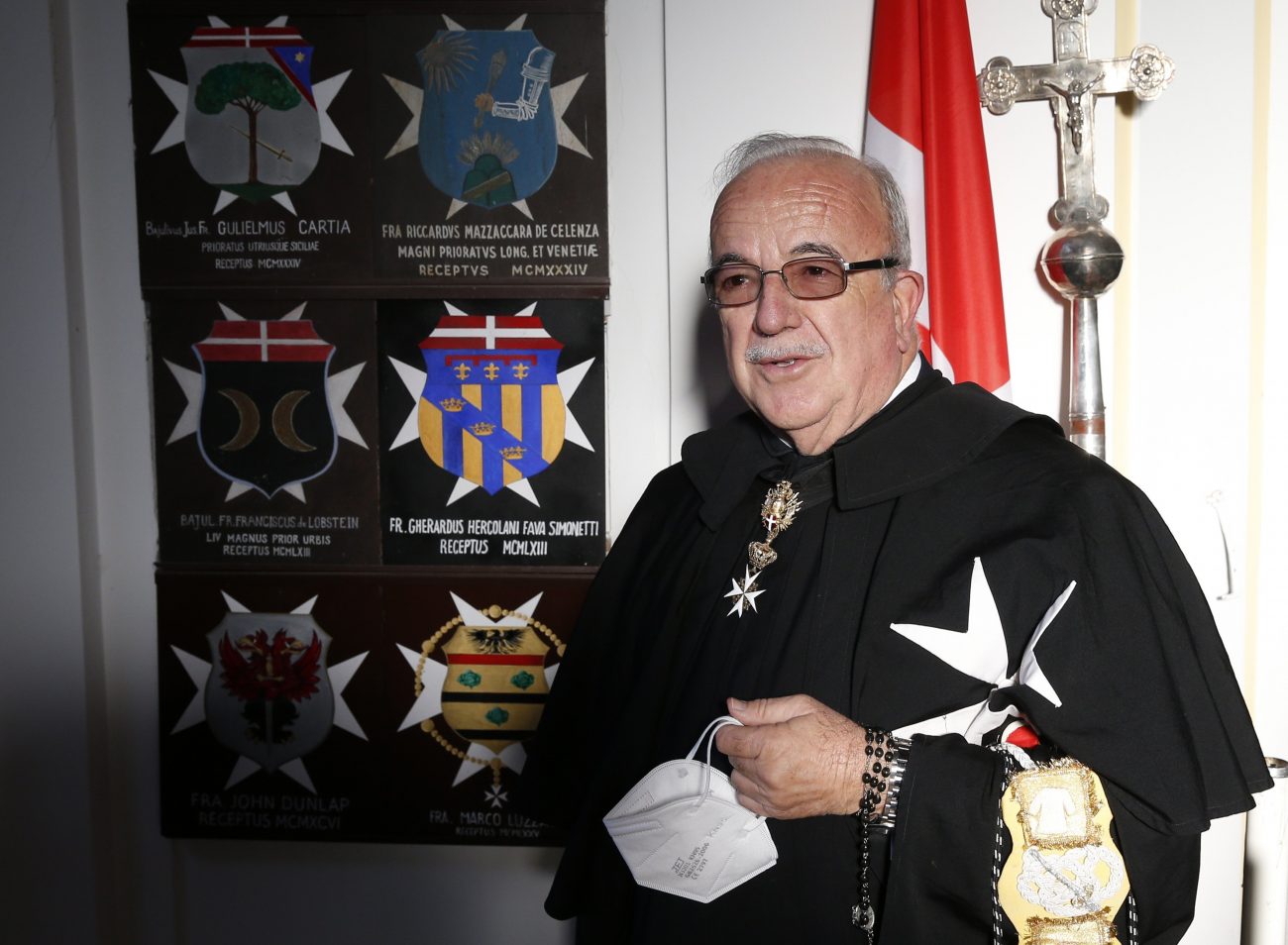 Fra Marco Luzzago is pictured at the headquarters of the Knights of Malta before an election in Rome in this Nov. 8, 2020, file photo. Fra' Luzzago, who led the Knights of Malta since late 2020, died June 7 at the age of 71, the order announced. (CNS photo/Paul Haring)

VATICAN CITY (CNS) — Fra’ Marco Luzzago, who led the Knights of Malta since late 2020, died at the age of 71, the order announced.

Luzzago, the order’s lieutenant of the grand master, died June 7 in Macerata, Italy, “following a sudden illness,” the Knights of Malta said in a statement.

Citing their constitution, the order said that with Luzzago’s death, Fra’ Ruy Goncalo do Valle, the grand commander, assumed the role of interim lieutenant “and will remain head of the sovereign order until the election of the new head of the order.”

Luzzago was born in Brescia in 1950 and studied medicine at universities in Padua and Parma. He had been a member of the Knights of Malta since 1975 and made his solemn profession of vows in 2003.

He served as commander of justice at the order’s grand priory in Rome, where he also served as delegate of the northern Marche region. Between 2017 and 2020, he served as councilor of the order’s Italian association.

Following the death of the order’s previous grand master, Fra’ Giacomo dalla Torre, Luzzago was elected in November 2020 as lieutenant of the grand master for what was supposed to be a one-year term. Since 2017 the order has been involved in a process to revise its constitution, which is why members chose to elect a lieutenant rather than a grand master, who traditionally served for life.