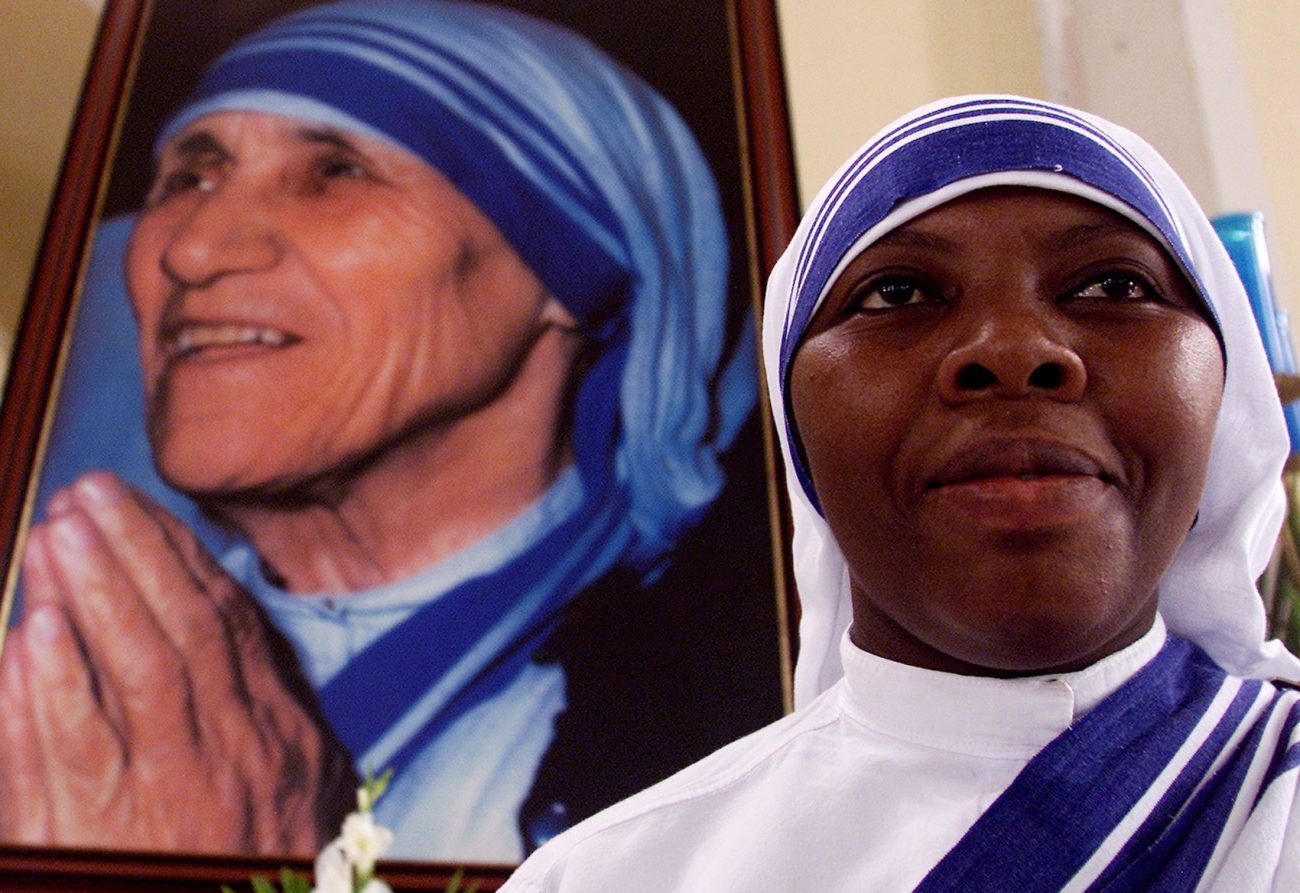 A member of the Missionaries of Charity is pictured in a file photo near an image of St. Teresa of Kolkata during Mass at the cathedral in Managua, Nicaragua. The religious order has been expelled from Nicaragua. (CNS photo/Oswaldo Rivas, Reuters)

MEXICO CITY (CNS) — The Missionaries of Charity have been expelled from Nicaragua, the latest in a series of attacks on the Catholic Church and its ministries from the Central American country’s increasingly repressive government.

The order of sisters — founded by St. Teresa of Kolkata, known popularly as Mother Teresa — operates a home for abandoned adolescents, a home for the elderly and a nursery for low-income families in Nicaragua.

Several Catholic leaders reported and tweeted news of the expulsion June 28. Nicaraguan media reported the sisters’ exit as part of a crackdown on nongovernmental organizations by the ruling Sandinistas.

Auxiliary Bishop Silvio José Baez of Managua, currently based in Miami due to safety concerns, tweeted, “It saddens me that the dictatorship has forced the (sisters) … to abandon the country. Nothing justifies depriving the poor of charitable attention. I’m a witness to the loving service the sisters provide. May God bless them.”

Nicaraguan President Daniel Ortega and his allies have increasingly persecuted the Catholic Church and civil society. The president, who won reelection last year in polls considered rigged by opponents and outside observers, is concentrating power; he continues to hold political prisoners and has closed outlets for political expression.

A Missionaries of Charity sister in Nicaragua reached by the Spanish publication Alfa y Omega said: “At the moment we cannot carry out our work. They stopped us.” She said the sisters had no additional information other than what they had read in the media. She also added tersely, “We can’t talk via this telephone.”

Nicaraguan news outlet Confidencial said a report from the interior ministry alleges the Missionaries of Charity “failed to comply with its obligations.” Another alleged issue is the order’s board of trustees has more than the permitted 25% foreign participation — supposedly violating a rule only approved in recent months.

Media report Nicaragua has officially extinguished the legal standing of some 770 nongovernmental groups, including some Catholic organizations. An official vote in the national assembly on the Missionaries of Charity’s legal status was to have taken place June 28, according to Confidencial.

On July 27, Bishop Rolando Álvarez of Matagalpa tweeted that Telecable — a cable television provider — had removed the diocesan television channel TV Merced per the instruction of regulators. TV Merced said in a statement it would continue broadcasting via social media.

NEXT: Nigerian church, site of June massacre, said to reopen this fall