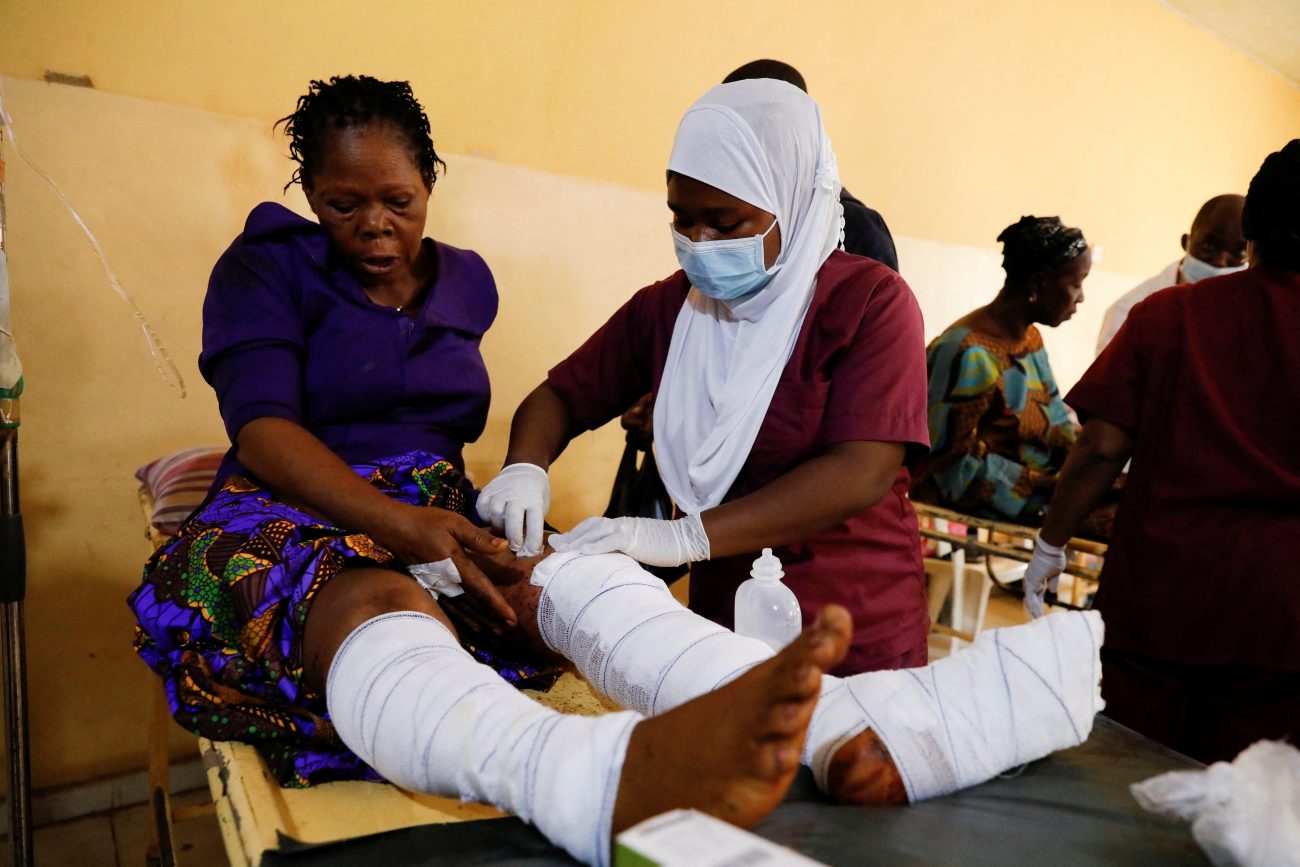 A nurse attends one of the victims of the attack by gunmen during Pentecost Mass at St. Francis Xavier Church in Owo, at the Federal Medical Centre in Owo, Ondo, Nigeria, June 6, 2022. Reports said at least 50 people were killed in the attack. (CNS photo/Temilade Adelaja, Reuters)

VATICAN CITY (CNS) — Pope Francis expressed his solidarity and closeness with Catholics in Nigeria after gunmen stormed a church and reportedly killed at least 50 people during a Pentecost Mass.

“While the details of the incident are being clarified, Pope Francis prays for the victims and the country, painfully stricken in a moment of celebration, and entrusts both to the Lord, so that he may send his Spirit to comfort them,” said Matteo Bruni, director of the Vatican press office, in a statement June 5.

According to the Reuters news agency, gunmen fired at people inside and outside St. Francis Xavier Church in Owo, located in the southwestern state of Ondo. No group had claimed responsibility for the attack as of June 6.

In addition to those who were killed, dozens more were injured and rushed to nearby hospitals.

Father Augustine Ikwu, communications director for the Diocese of Ondo, said the attack “has left the community devastated.”

He also said June 5 that “all the priests in the parish are safe and none were kidnapped” as was reported on several social media sites.

“Let us continue to pray for them and the good people of Owo and the state at large,” Father Ikwu said. “We turn to God to console the families of those whose lives were lost in this distressing incident, and we pray for the departed souls to rest in peace.”

In a series of tweets posted shortly after the attack, Rotimi Akeredolu, governor of Ondo state, said, “The vile and satanic attack” was “a calculated assault on the peace-loving people of (Owo) who have enjoyed relative peace over the years.”

“I want to express my condolences to those who lost their dear ones to this gruesome murder. This is a great massacre,” Akeredolu tweeted. “Our people in Ondo state will not let down their guard. This will not happen again. I have urged the heads of security agencies to take all necessary steps.”

NEXT: Bishops lament that Nigerians are not safe anywhere after church attack