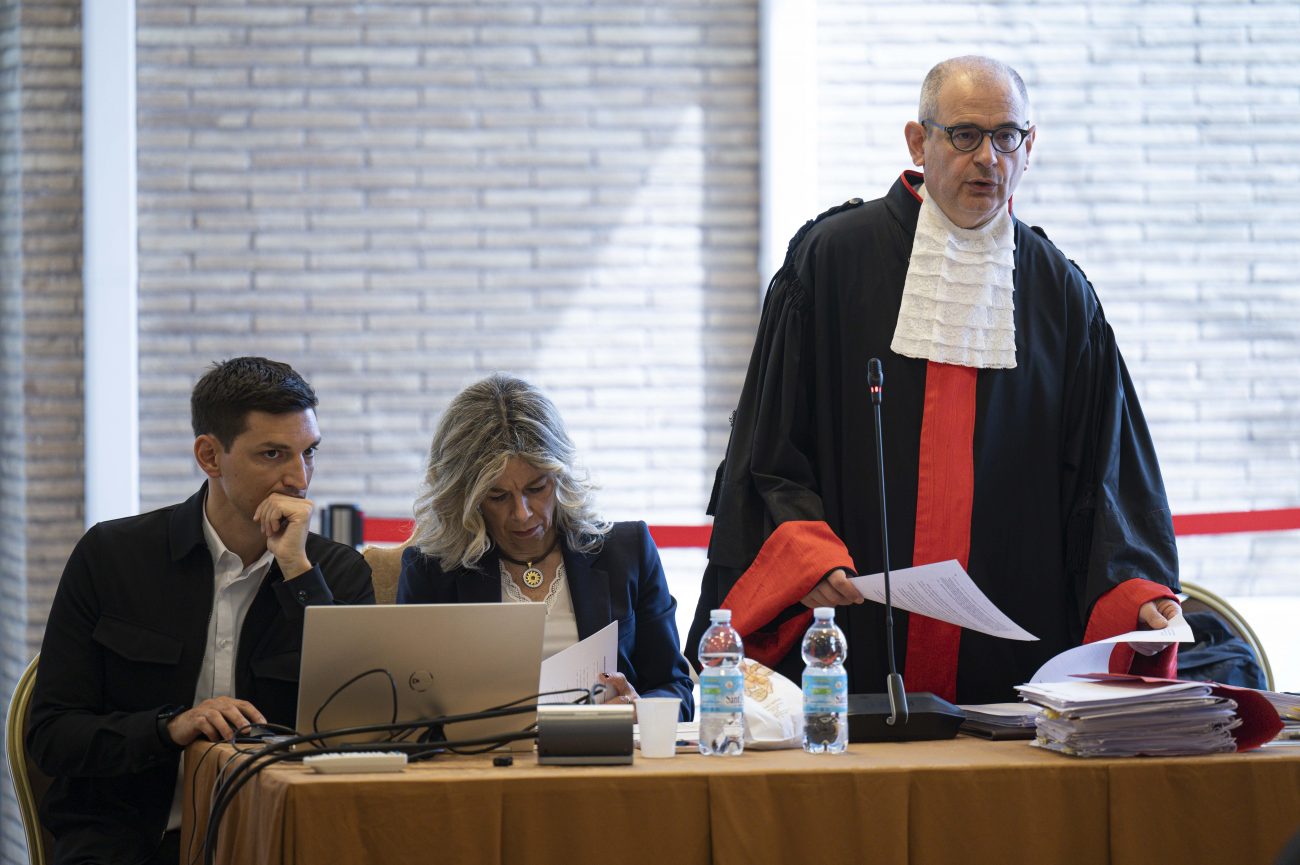 Alessandro Diddi, Vatican deputy prosecutor, speaks during the 19th session of the trial of defendants accused of financial crimes at the Vatican in this May 31, 2022, file photo. At the June 6 session of the trial, London-based Italian financier Raffaele Mincione said the Vatican Secretariat of State's decision to back out of an investment in a London property is to blame for the Vatican's financial losses. (CNS photo/Vatican Media)

VATICAN CITY (CNS) — Taking the stand at a Vatican trial, London-based Italian financier Raffaele Mincione said the Vatican Secretariat of State’s decision to back out of its investment in a London property is to blame for its financial losses.

Mincione told the court June 6 that the trial was “the first time that I find myself in this kind of situation” of being accused of wrongdoing. Vatican prosecutors accused him of embezzlement, fraud, abuse of office, misappropriation of funds and money laundering.

“I have never been fined in the 35 years of my career; I have never received a reprimand from the central banks that regulate my work,” he said.

Mincione is one of the 10 defendants facing a slew of charges of financial malfeasance related to a property development project in London’s Chelsea district that resulted in the loss of hundreds of millions of euros.

Before enduring a nearly seven-hour cross examination by Vatican prosecutors, Mincione denounced how the media has portrayed him as a “criminal” due to his involvement in the failed investment.

Despite the “media narrative, in which I am depicted in a terrible way, I am here to defend myself from the gossip because so far, I still do not understand” why Vatican prosecutors believe he acted improperly and illegally, he said.

“With regard to gossip and media, this tribunal has not read them in the past, nor will it take them into consideration in the future. We have acted according to conscience,” replied Giuseppe Pignatone, president of the Vatican City State criminal court.

Mincione said he had extensive investment experience in New York, London, Moscow and Tokyo. He also said he dealt with the Vatican in the late 1990s and conducted business that “had made a lot of money before the entry of the euro.”

In 2012, the Italian financier was recommended to the Vatican by Credit Suisse, an investment bank, to perform due diligence on a proposed $200-million investment in an offshore oil platform in Angola.

After more than a year of study, Mincione said he deemed the oil platform investment as too risky and advised the Vatican Secretariat of State against it.

He also told the court that the Vatican was “happy with how the Angola operation had been managed” and told him, “‘The money is there, keep it, invest it.'”

The Vatican Secretariat of State decided to invest its funds in Mincione’s London property. The funds, he said, were locked in for a period of five years. However, the funds took a hit following Brexit in 2016, prompting the Secretariat of State to back out of the deal.

“Had the Secretariat of State been able to wait out the lock-up period, it would have made a capital gain of about 20 million euros,” Mincione said.

“I was perplexed,” he added. “There would have been no loss.”