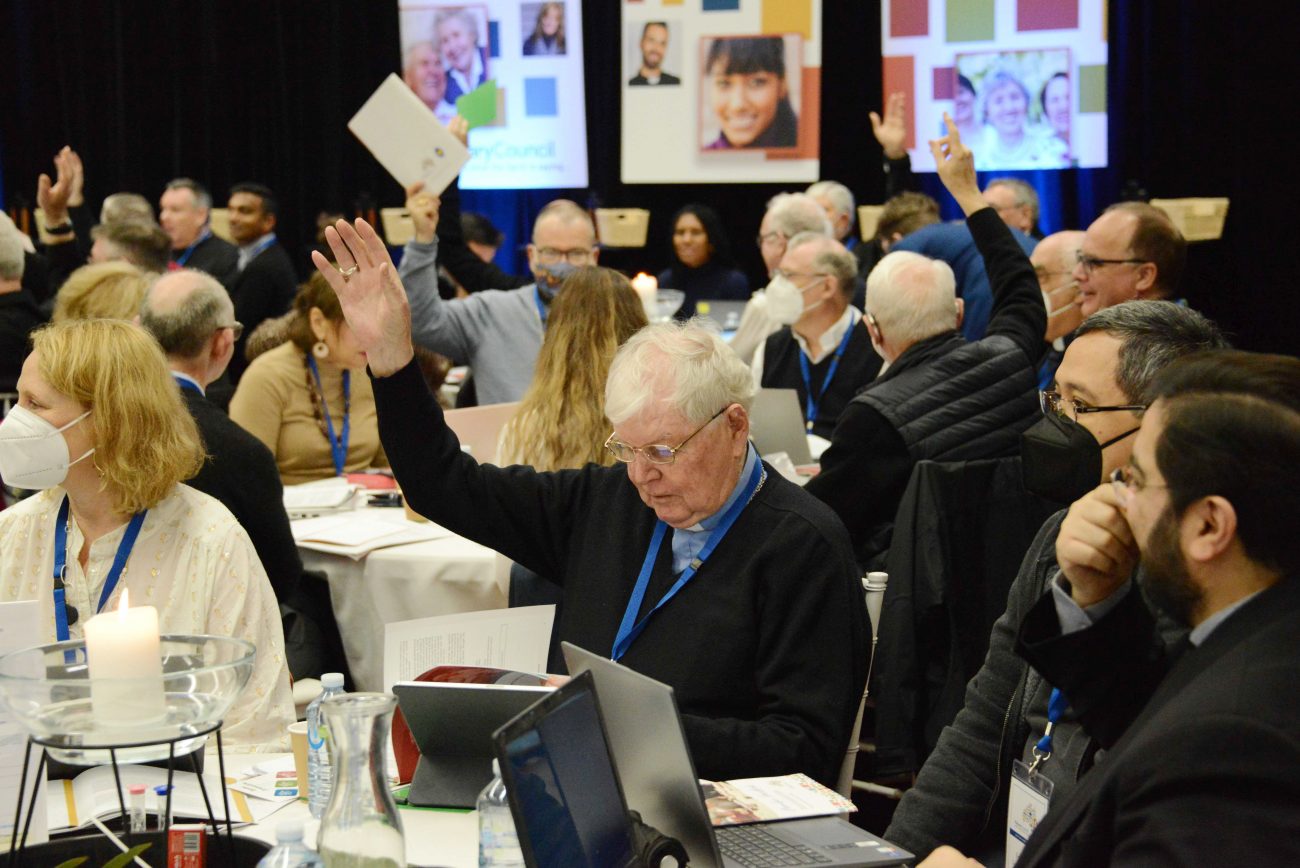 People participate in the Second Assembly of the Plenary Council of the Australian Catholic Church in Sydney July 5, 2022. (CNS photo/Fiona Basile)

SYDNEY (CNS) — The agenda for the Second Assembly of Australia’s Plenary Council was disrupted July 6 after more than 60 of the 277 members staged a protest over issues regarding women in the church, including the defeat of a motion to formalize support for the ordination of women as deacons.

A sense of crisis among plenary members, lay and clerical, became evident as the protest occurred and in its aftermath.

As the scheduled lunch break commenced, the Council’s Steering Committee met to discuss the next steps, while, in a separate room, more than 60 members met, led by Francis Sullivan and John Warhurst. Both laymen have been prominent in calling for significant changes to church governance and in issues such as the church’s practice and relationship with LGBTQ persons.

The protest occurred after the outcome of the bishops’ votes on “Witnessing to the Equal Dignity of Women and Men.”

Motions passed by the bishops will be sent to the Vatican after the assembly; if approved by the Vatican, they become binding on the church in Australia.

A second motion did not receive a qualified majority on either the consultative or the deliberative votes, and so was not passed. It was much shorter, proposing: “That each Australian diocese and eparchy foster new opportunities for women to participate in ministries and roles that are stable, publicly recognized, resourced with appropriate formation, including theological education, and commissioned by the bishop. These ministries and roles should engage with the most important aspects of diocesan and parish life and have a real impact on those communities.” 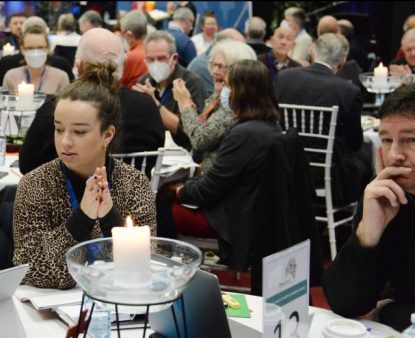 People attend the Second Assembly of the Plenary Council of the Australian Catholic Church in Sydney July 5, 2022. (CNS photo/Fiona Basile)

Sullivan told The Catholic Weekly, Sydney archdiocesan newspaper, of a “palpable division” in the assembly room.

“There was a lot of anger and frustration, particularly on behalf of women but also the LGBT or rainbow community if you will,” he said.

“This, to my mind, goes to the deeper issues confronting the church over this period of listening and dialogue. Lots of voices have come forward, and there is frustration that … all those voices are not actually in the room.

“The second thing is, are we actually being attentive to what those voices are saying to us?

“Underneath it all, I have to say even from my own experience, there is a deep grief I think that we all feel about where the church is at, not just for ourselves personally but collectively, there are generations of people who are no longer able to identify with the church.”

However, the national bioethics convenor of the Catholic Women’s League Australia, Deirdre Little, told The Catholic Weekly that the organization has always been mindful of the equal dignity of men and women, and that those “who work humbly and consistently in the vineyard are not concerned with titled roles or power or expensive committees.”

“We are all equal in value and dignity, as sons and daughters of God. That dignity does not reside in power or in governance roles. We are in the greatest crisis of faith and belief that Christianity has ever faced, and it is certainly not a time to be idle,” she said.

Bishop Shane Mackinlay, Plenary Council vice president, addressed the assembly after the outcome of the votes was announced. He proposed that members spend additional time discerning what reservations and concerns were being expressed.

A member of the Plenary’s Steering Committee, Monica Doumit, said she felt “overwhelmingly positive” about the table discussions among members in the later part of the day.

“In listening to people’s reservations,” she said, “they weren’t saying that they wanted to take the material about the female diaconate out, or to reject the conversation about women in leadership in governance in the church. … What they were saying is that only represents a very small measure of the desires of some women and how some women serve.

“In the conversations this afternoon, there was a sense that we want to hear more about motherhood, about women as carers for parents or children with, women who are excelling as lay professionals in various workplaces, about the women running parish bake sales and starting mothers’ groups and things like that,” she continued.

“We also want to hear about laymen and where they are in the church, about women and men in religious life, not only the contributions they have made historically but also in the context of today and of hopes for new vocations to the religious life,” Doumit said.

A statement from the Australian Catholic Bishops’ media office said a four-person writing group has been established to receive recommendations from members for the drafting of revised motions. The new motions were expected to be considered later during the July 3-9 assembly. 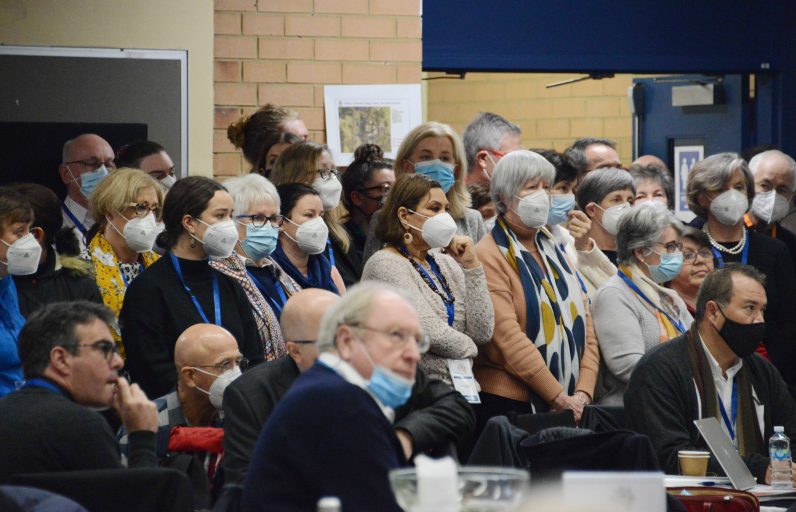 People participate in the Second Assembly of the Plenary Council of the Australian Catholic Church in Sydney July 6, 2022. The meeting was disrupted July 6 after more than 60 of the 277 members staged a protest over issues regarding women in the church, including the defeat of a motion to formalize support for the ordination of women as deacons. (CNS photo/Fiona Basile)