‘Our angels have wings’ Zelenskyy says on Ukrainian Statehood Day 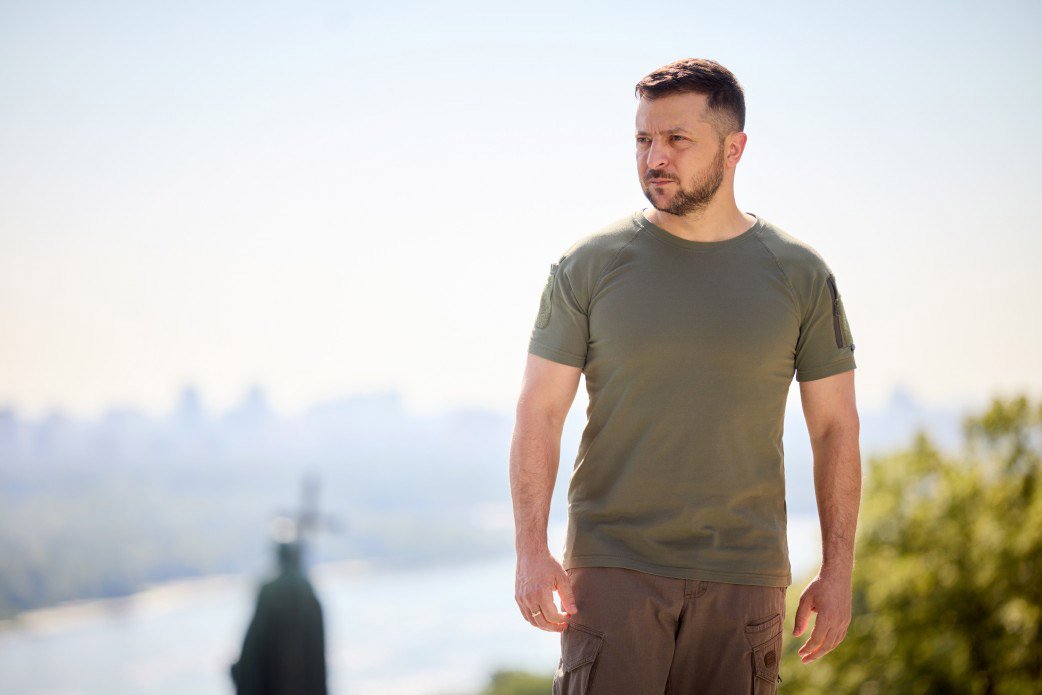 Ukrainian President Volodymyr Zelenskyy is pictured in an undated photo. Ukrainian Statehood Day is a national holiday in Ukraine, celebrated this year July 28 in commemoration of Christianization "Kyivan Rus." (CNS photo/courtesy Office of the President of Ukraine)

LVIV, Ukraine (CNS) — Ukrainians will fight for their statehood to the last and will not stop until they liberate the last meter of Ukrainian land, President Volodymyr Zelenskyy said in a video address for Ukrainian Statehood Day July 28.

The day marks the 988 baptism of “Kyivan Rus,” the origin of Christianity in the region, but this is the first year Ukrainians marked Statehood Day, reported Religious Information Service of Ukraine.

Zelenskyy stressed that Ukrainians need neither fireworks nor pomp to show the importance of statehood for the Ukrainian people.

“Today we defend (Ukraine) with weapons in hands. For 155 days in a row,” he said, referring to the Feb. 24 Russian invasion. “We can say that for us, Statehood Day is every day. Every day we fight so that everyone on the planet finally understands: We are not a colony, not an enclave, not a protectorate … not a province, but a free, independent, sovereign, indivisible and independent state.”

“Our warriors defend Ukraine on the ground, in the water and in the air. Our ancestors defend it from the skies. And all of them together are our angels. Our angels have wings. But under them there are weapons. We never take weapons first. But if our home is attacked, we stand to the last. Because, losing its own state, any nation loses primarily not its territory. Not hectares or square kilometers of land or water. When a nation loses its own state, it loses its own face. Its own name. Its originality, identity, memory, and with them its heart and soul. And this is much scarier for us than enemy armies, planes, missiles and tanks.”

Zelenskyy outlined the main historic events that laid the basis for Ukraine’s statehood and noted: “All stages of the history of Ukraine’s statehood, its defense and struggle for it can be described in one sentence: We existed, exist and will exist. We will exist, because our state has incredible sons and daughters who have stood up for its defense.”

The United Nations reported July 25 more than 5,200 civilians had been killed and more than 7,000 injured in Ukraine since the war began.

In a meeting with Canadian government and cultural leaders July 27, Pope Francis spoke about Russia’s war on Ukraine and the prevailing discourse in the West of strategizing the best way to fight the war rather than the best way to stop the war.

“We have no need to divide the world into friends and enemies, to create distances and once again to arm ourselves to the teeth,” the pope said. “An arms race and strategies of deterrence will not bring peace and security” and will not prevent “entire peoples from once more being held hostage and in the grip of terrible and protracted cold wars.”

“What we need are creative and farsighted policies capable of moving beyond the categories of opposition in order to provide answers to global challenges,” Pope Francis said.

NEXT: Church cannot flee failures, but must reconcile with Indigenous, pope says