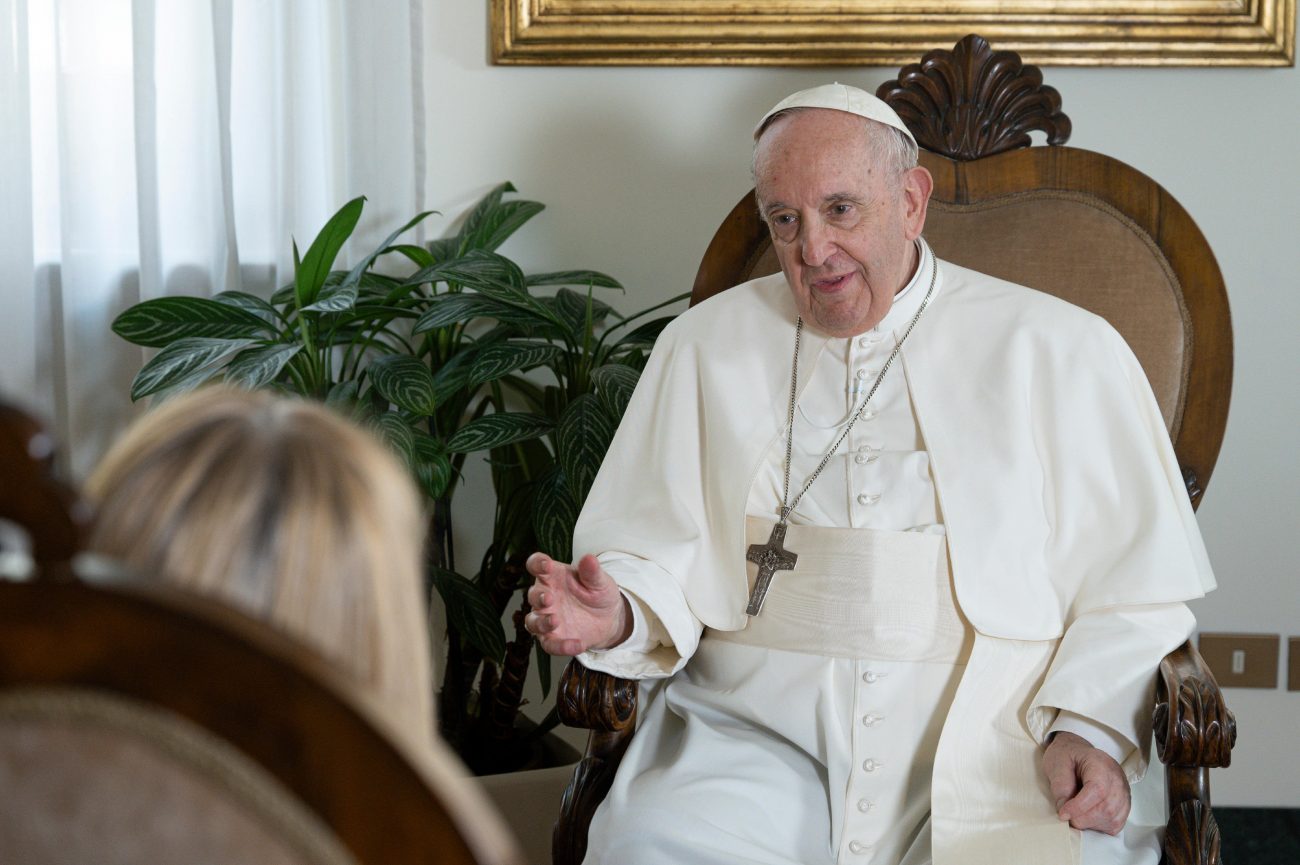 Pope Francis answers questions posed by Bernarda Llorente, the president of Télam, the Argentine news agency, during an interview June 20, 2022, in the Domus Sanctae Marthae where the pope lives. The interview was released July 1. (CNS photo/Vatican Media)

VATICAN CITY (CNS) — Pope Francis said the goals he has achieved in more than nine years as pope were simply the fruit of the ideas discussed by the College of Cardinals prior to his election.

In an interview with Argentine news agency Telam published July 1, the pope said that objectives, such as the reform of the Roman Curia, were “neither my invention nor a dream I had after a night of indigestion.”

“I carried out the things that were asked back then. I do not think there was anything original of mine. I set in motion what we all had requested,” he added.

In the document, the pope said the purpose of the constitution was to “better harmonize the present exercise of the Curia’s service with the path of evangelization that the church, especially in this season, is living.”

The pope told Telam that “Praedicate Evangelium” was the culmination of “eight-and-a-half years of work and inquiries” that set the requests made by cardinals in motion and places “a missionary-style experience” at the heart of the church’s work.

During the general congregations in 2013, he recalled, one of the cardinals quoted the Book of Revelations, in which Jesus says, “Behold, I stand at the door and knock.” 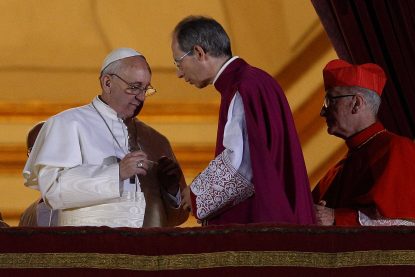 “The cardinal said, ‘Jesus is knocking, but this time he wants us to let him out because we are imprisoning him,'” the pope said. “This is what was asked for at those meetings with the cardinals.”

When asked if he felt he had changed during his papacy, the pope said he was told by several people “that things that were dormant in my personality came to the surface; that I became more merciful.”

“In my life I had rigid periods, when I demanded too much,” he explained. “Then I realized that this is not the way to go, that you have to know how to lead. It means having that paternity that God has” with his children.

Reflecting on his past, the pope said that he would criticize his past self for not always acting as a father.

“As a bishop, I was a little more benevolent,” he said. “But when I was a Jesuit, I was very severe.”

Noting that the pope was looking healthier, the interviewer asked if the world will have Pope Francis for a while longer.

“It’s up to the one above” to decide, the pope replied. 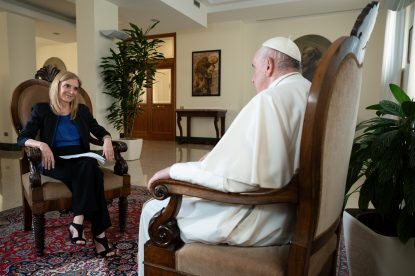 Pope Francis answers questions posed by Bernarda Llorente, the president of Télam, the Argentine news agency, during an interview June 20, 2022, in the Domus Sanctae Marthae where the pope lives. The interview was released July 1. (CNS photo/Vatican Media)

Pope Francis also said he is not worried about whether his words will change people, but he is more concerned “about speaking out and helping people change themselves.”

However, the pope did acknowledge at times that he is misunderstood or that his words or actions are taken out of context.

The pope pointed to a statement he made during a May meeting with editors of Jesuit magazines in which he said he was against turning discussions about the war in Ukraine “into a distinction between good guys and bad guys.”

Some, he said, “took that sentence alone and said, ‘The pope does not condemn (Russian President Vladimir) Putin!'”

“The reality is that the state of war is something much more universal, more serious, and here there are no good guys and bad guys. We are all involved and that is what we have to learn,” the pope said.

PREVIOUS: Pope Francis and Vatican II: It’s not a battleground, but the future

NEXT: In interview, pope condemns abortion, says he’s not resigning