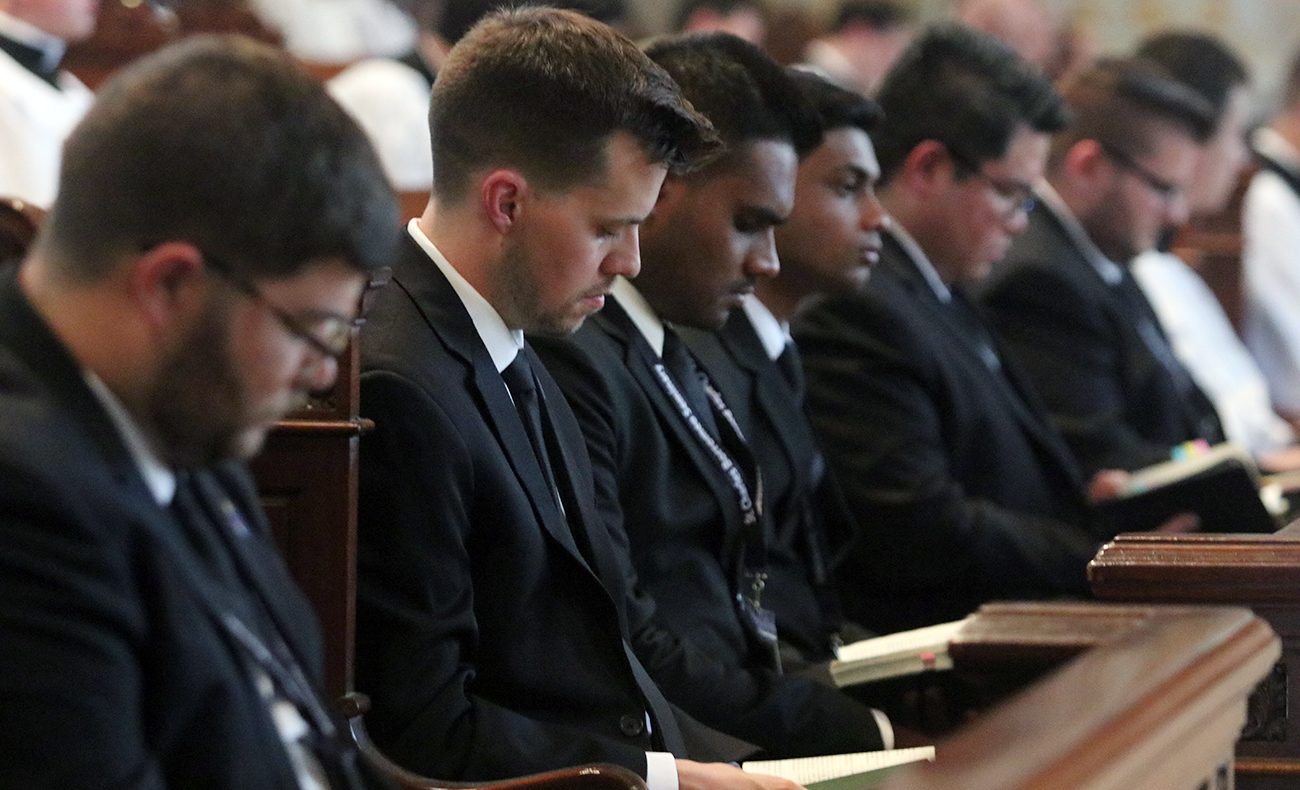 As a new academic year begins, students returned to St. Charles Borromeo Seminary in Wynnewood this week – and joining them were 29 young men who are heeding the call to priesthood.

(Listen to “From Piano to Priesthood,” and CatholicPhilly.com podcast interview with Father Keith Chylinski.)

Catholic Philly · Inside CatholicPhilly.com: From Piano to Priesthood

Father Chylinski succeeds Philadelphia Auxiliary Bishop Timothy Senior, who after a decade as rector will assume a new role as chancellor, spearheading a capital campaign and the 2024 relocation of the seminary to the campus of Gwynedd Mercy University in Montgomery County.

Earlier this summer, Archbishop Pérez also announced several other seminary appointments which have already taken effect: Father Jason E. Buck, dean of men in the College seminary; Father Michael J. Kelly, director of spiritual formation for the Spiritual Year and Pre-Theology Program; and Msgr. Gerard C. Mesure as the director of pastoral and apostolic formation as well as dean of men for pre-theology.

The seminarian population itself has become increasingly diverse. In total, 133 seminarians are expected to enroll at St. Charles Borromeo this year, with 31% of the students coming from Asian, Pacific Islander, Hispanic, African or African American backgrounds.

Of the 29 new seminarians, 11 are studying for the Archdiocese of Philadelphia, with three entering the college seminary, seven the spiritual year or pre-theology program and one the ESL (English as a Second Language) program, which was initiated last year.

In total, there are now 68 seminarians studying for the Archdiocese of Philadelphia.

“We are so grateful to God for the sign of hope that these new seminarians bring,” said Father Chylinski. “Our dedicated seminary faculty and staff are looking forward to helping them further grow as disciples of Jesus, and discern their potential vocation to the priesthood. It is a joy and privilege to welcome them to ‘Mother Overbrook’ for the first time as new men to the seminary.”

NEXT: Cathedral invites all to prayers for ‘Peace in Our City’ and end to violence