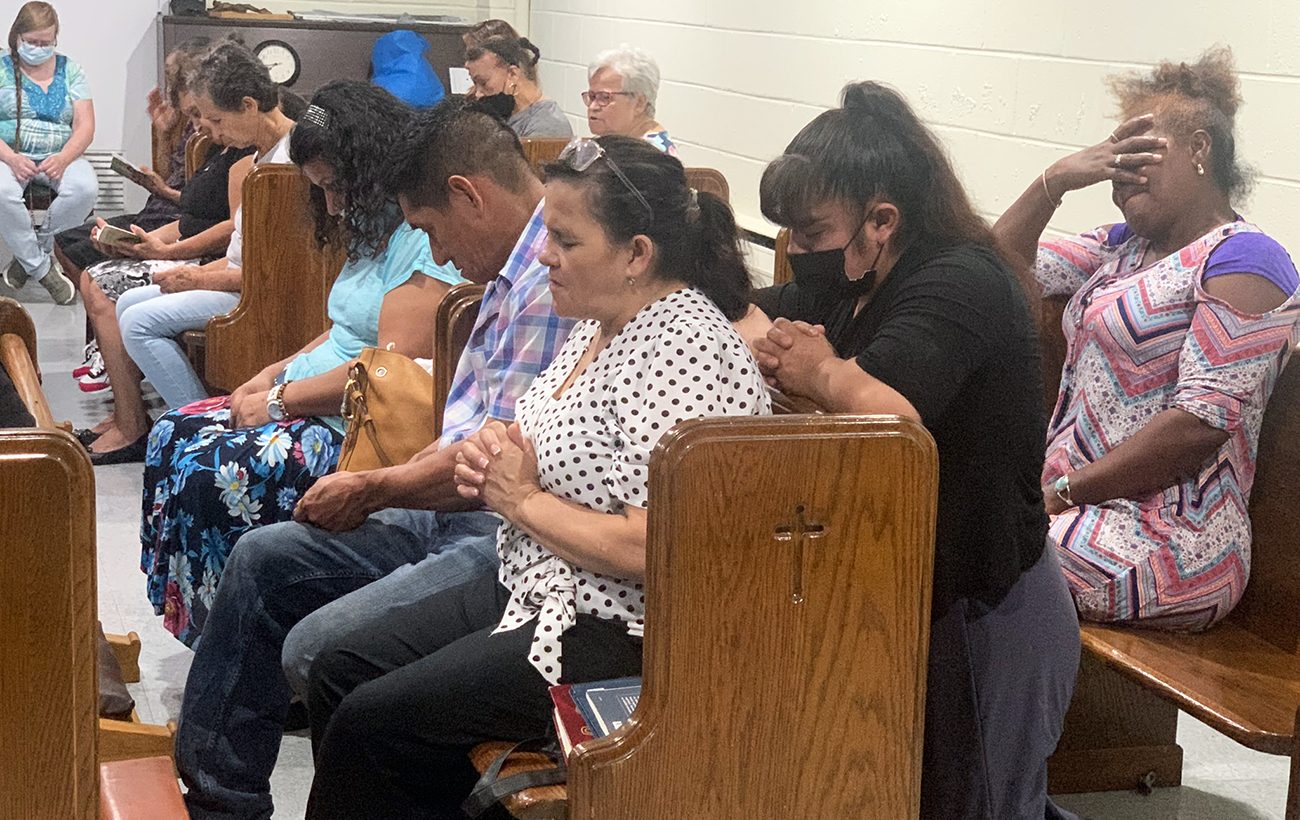 As the Catholic Church comes under increasing attack in Nicaragua, faithful at a Northeast Philadelphia parish are praying for an end to persecution.

Some 25 members of St. Ambrose Parish gathered for an Aug. 24 holy hour in their chapel, reciting the rosary and the litany of the Sacred Heart amid moments of prayerful silence and occasional tears.

Speaking in both Spanish and English, St. Ambrose pastor Father Charles Ravert said participants had come to “kneel before Our Lord in the Eucharist and implore him, through the example and intercession of his Mother, to liberate the people of Nicaragua, and to maintain the peace and security of the church.”

Faithful at St. Ambrose Parish in @ArchPhilly gathered tonight for a holy hour for #Nicaragua, where the Catholic Church has come under increasing persecution. One parishioner said her family members there “pray inside because they’re too scared” to worship openly. pic.twitter.com/UIxZ7G84kz

While about half of Nicaragua’s population is Catholic, the Central American nation’s authoritarian government under President Daniel Ortega has struck out at the church, which has aided demonstrators and clergy who since 2018 have voiced opposition to the administration.

On Aug. 19, Nicaraguan police raided the Matagalpa diocesan headquarters to arrest Bishop Rolando Álvarez, a vocal critic of the Ortega regime who along with 11 others had spent the previous 16 days holed up in the building surrounded by police. During that time, he broadcast video messages, including prayer and worship services, via the diocesan Facebook page.

At present, the bishop is reported to be under house arrest in Managua, and has been visited by family and by Cardinal Leopoldo Brenes.

Back in March, the Nicaraguan government expelled papal nuncio Monsignor Waldemar Stanislaw Sommertag, a move the Vatican called “unjustified.” In June, the Missionaries of Charity, which had operated in Nicaragua since 1988, were expelled from the country, with buses escorting the women to the Costa Rica border. Catholic press, radio stations and aid organizations have also been forced to shutter operations.

The U.S. Commission on International Religious Freedom recently recommended “targeted sanctions” against the Nicaraguan government agencies and officials behind the repression.

In an Aug. 19 statement, the U.S bishops pointed to the “growing crisis,” quoting the Holy See’s appeal for involved parties “to find ways of understanding … seeking above all the common good and peace.’”

That task remains an arduous one, said one St. Ambrose parishioner and native Nicaraguan.

Asking to only be identified as “Carmen,” she spoke through tears to express her gratitude to those on hand.

“I give you thanks with all my heart,” she said. “People in my country are being persecuted for wanting to worship God.”

Family members still in Nicaragua are “scared,” she added.

“They’re praying indoors and not really going out,” said Carmen. “They can’t go out.”

“We ask to keep the bishop and his people safe, and to liberate (the bishop) from his false imprisonment,” said Father Ravert. “We ask to combat the ignorance and hatred of that government with the light of the true peace that comes from Christ.”

In the meantime, faithful can be assured of Mary’s intercession, he added, quoting a rallying cry among Nicaraguan Catholics: “Mary is from Nicaragua, and Nicaragua is for Mary. We ask the Lord to make it so. Amen.”