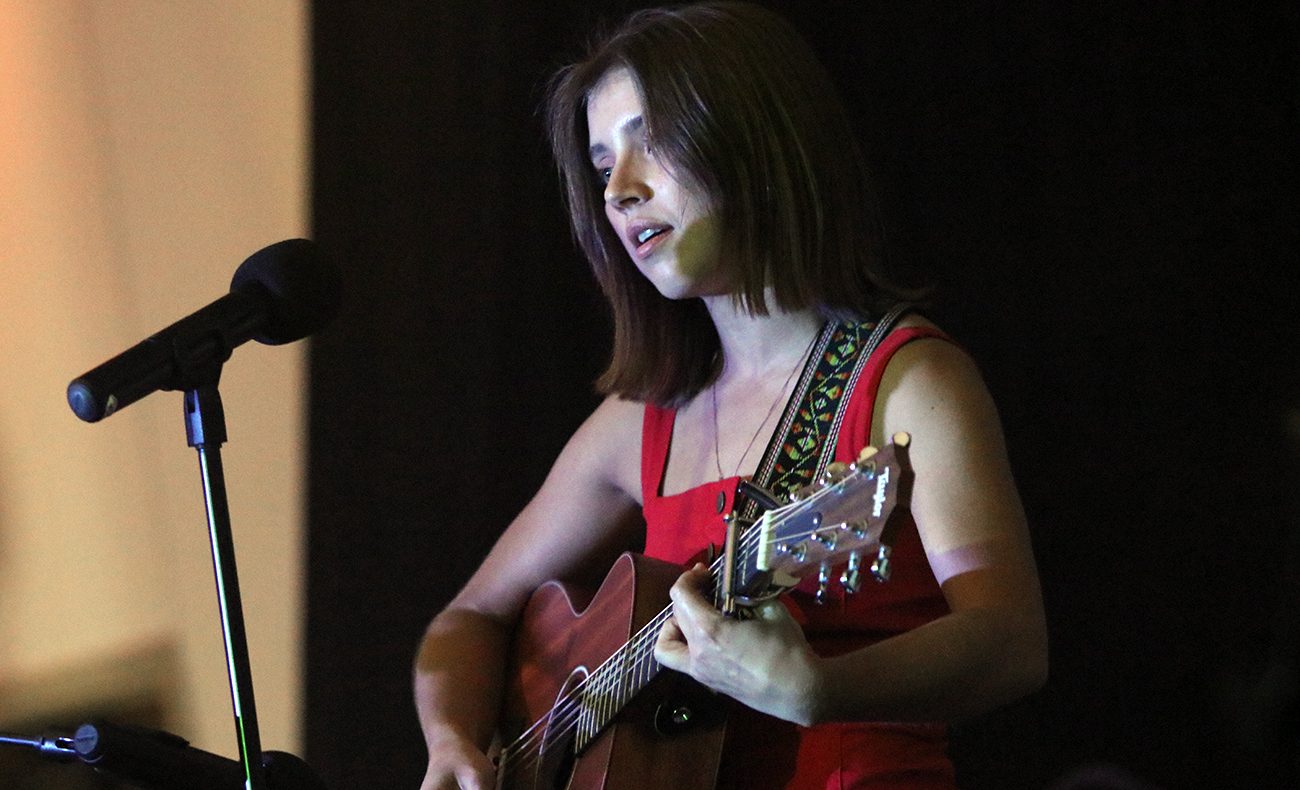 Performers at an Aug. 27 young adult open mic sponsored by the Archdiocese of Philadelphia and the Catholic Community of Young Adults enjoyed an evening of showcasing their talents amid "a shared understanding of faith." (Sarah Webb)

Dozens of young adults from the Philadelphia Archdiocese gathered this past weekend to showcase their stagecraft while building a sense of community.

Some 120 were on hand at the National Shrine of St. John Neumann’s hall Aug. 27 for an open mic night sponsored by the archdiocesan Office for Ministry with Young Adults (OMYA) and the Philadelphia-based Catholic Center for Young Adults (CCYA).

Close to 30 signed up to perform their favorite poetry, comic routines and songs – including Archbishop Nelson Pérez, who joined CCYA member Kelly Pelicano on guitar for a rendition of Bethel Music’s “Goodness of God” and “Lord, I Need You” by AbbeyFest headliner Matt Maher.

“We rehearsed for 30 minutes before this event in the hall’s kitchen,” admitted Pelicano, a parishioner of St. Francis de Sales in Philadelphia and a teacher at St. Hubert Catholic High School.

A CCYA member who regularly sings at the its Masses and holy hours, Pelicano said the evening – at which she was unexpectedly called upon to sing — offered a welcoming space for both participants and audience alike.

The gap between the stage and the seats was bridged by the familiarity of the night’s repertoire, which featured a number of popular praise and worship songs that had audience members singing along.

And that was the point, said OMYA assistant director Rickie Jacobs, who stressed his office’s mission of “connecting young adults with one another … to share the love of Christ.”

Karen and Chris Sacco, parishioners of the Cathedral Basilica of SS. Peter and Paul, said they met through both CCYA and other young adult events.

Who’s that on guitar at tonight’s open mic for ⁦@ArchPhilly⁩ young adults? None other than ⁦@ArchbishopPerez⁩, who accompanied ⁦@StHubertBambies⁩ teacher Kelly Pelicano on ⁦@mattmahermusic⁩’s “Lord, I Need You.”

Such outreaches work to “build up a community where (young adults) learn each others’ interests and talents,” said Father Stephen DeLacy, vicar for the archdiocesan Office for Faith Formation of Youth and Young Adults. “We have young adults here representing groups through the entire Archdiocese of Philadelphia.”

Creating that kind of “critical mass” among young adults results in “an energy that brings about conversion (and) brings about an awakening in people who might not otherwise have experienced a vibrant faith before,” said Father Shaun Mahoney, CCYA director and chaplain of the Newman Center at Temple University. “The hope is that they’ll share with others and invite more people, and little by little, there will be a transformative effect on young adults.”

“I’m a great believer in something St. John Paul II said: ‘In the designs of Providence, there are no coincidences,’” she said. “So I just like to believe that everything happens for reason, and that things that appear to be very spontaneous, like singing with the archbishop — that God has a hand in all of that. That’s a great reminder for the rest of my life.” 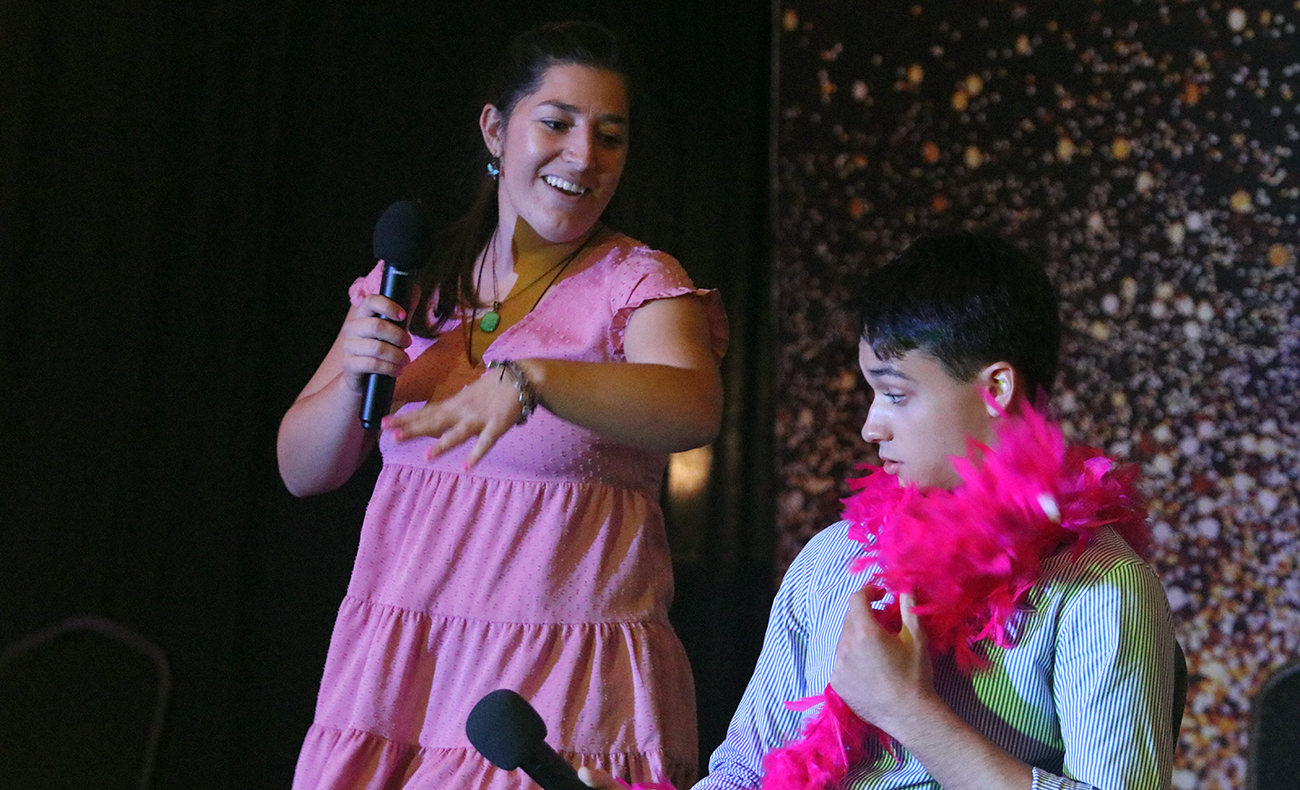 An Aug. 27 open mic night sponsored by the Archdiocese of Philadelphia and the Catholic Center for Young Adults featured a mix of music, comedy and poetry. (Sarah Webb)

PREVIOUS: Cathedral invites all to prayers for ‘Peace in Our City’ and end to violence

NEXT: Faithful gather in prayer, solidarity for Pakistan flooding victims