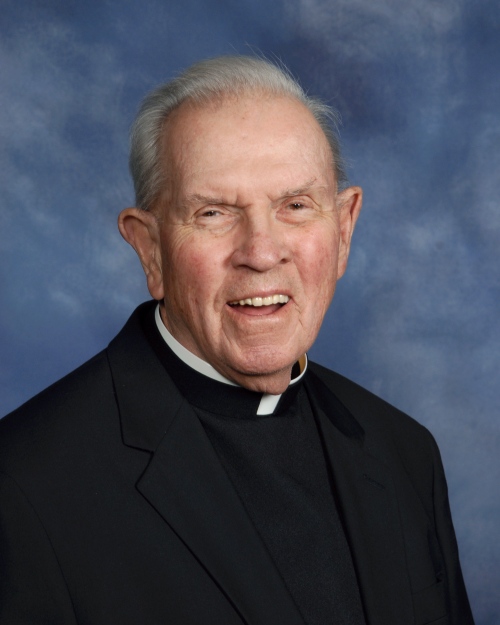 Father Maloney was ordained May 19, 1955 at the Cathedral Basilica of SS. Peter and Paul by Most Reverend John F. O’Hara, C.S.C.

He went on to serve as a parochial vicar at Immaculate Conception Parish, Tremont; St. Martin of Tours Parish, New Hope; and Holy Spirit Parish, Sharon Hill. Father Maloney was subsequently appointed pastor of St. Alphonsus Parish in Maple Glen, and was named pastor emeritus there in 2000. He served as a senior priest at Holy Innocents Parish in Philadelphia from 2000 to 2005 before officially retiring.

The reception of the body will take place at St. Philip Neri Parish in Philadelphia Aug. 8 at 10 a.m., followed by a viewing.

Burial will take place Aug. 9 2022 at Resurrection Cemetery in Allentown.