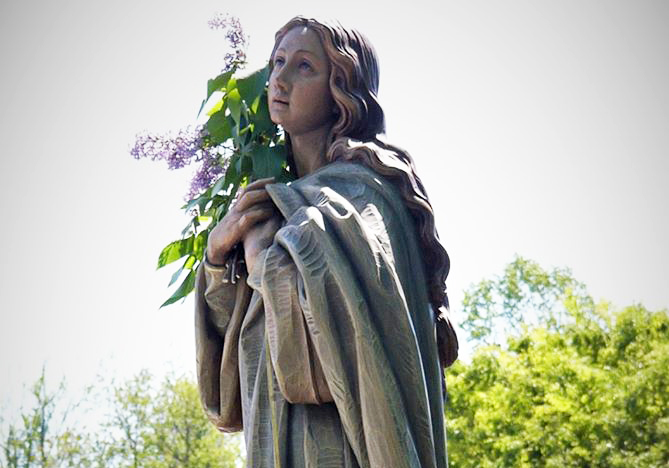 VATICAN CITY (CNS) — Mary’s humble life and example are a testament to the triumph of service and love over power and success, Pope Francis said.

Before reciting the Angelus prayer on the feast of the Assumption Aug. 15, the pope told an estimated 10,000 pilgrims gathered in St. Peter’s Square that the song of praise uttered by Mary while visiting her cousin Elizabeth “announces a radical change, an overturning of values.”

Mary “prophesies that it will not be power, success and money that will prevail, but service, humility and love. Looking at her, in glory, we understand that the true power is service, and that to reign means to love. And that this is the road to heaven,” he said.

In his address, the pope reflected on the Magnificat, which is not only “a hymn of praise and exultation for the great things that the Lord has accomplished in her,” but also a recounting of “the work of God in the entire history of her people.”

However, her praise of God who “brought down the powerful from their thrones and lifted up the lowly” may make some wonder if she was “exaggerating, describing a world that does not exist.”

“Indeed, what she says does not seem to correspond to reality; while she speaks, the powerful have not been brought down: the fearsome Herod, for example, is still firmly on his throne. And the poor and hungry remain so, while the rich continue to prosper,” he said.

Mary’s canticle, he explained, does “not intend to chronicle the time, but to tell us something much more important: that God, through her, has inaugurated a historical turning point, he has definitively established a new order of things.”

“She, small and humble, has been raised up and — we celebrate this today — brought to the glory of heaven, while the powerful of the world are destined to remain empty-handed,” the pope said.

Pope Francis said the feast of the Assumption — celebrating when Mary was assumed, body and soul, into heaven — is a reminder of the hope all Christians have to “see the destination of our journey” and an invitation by Mary “to rejoice as we think of heaven.”

Mary “is the first creature who, with her whole self, body and soul, victoriously crosses the finish line of heaven,” the pope said. “She shows us that heaven is within reach, if we, too, do not give in to sin, if we praise God in humility and serve others generously.” 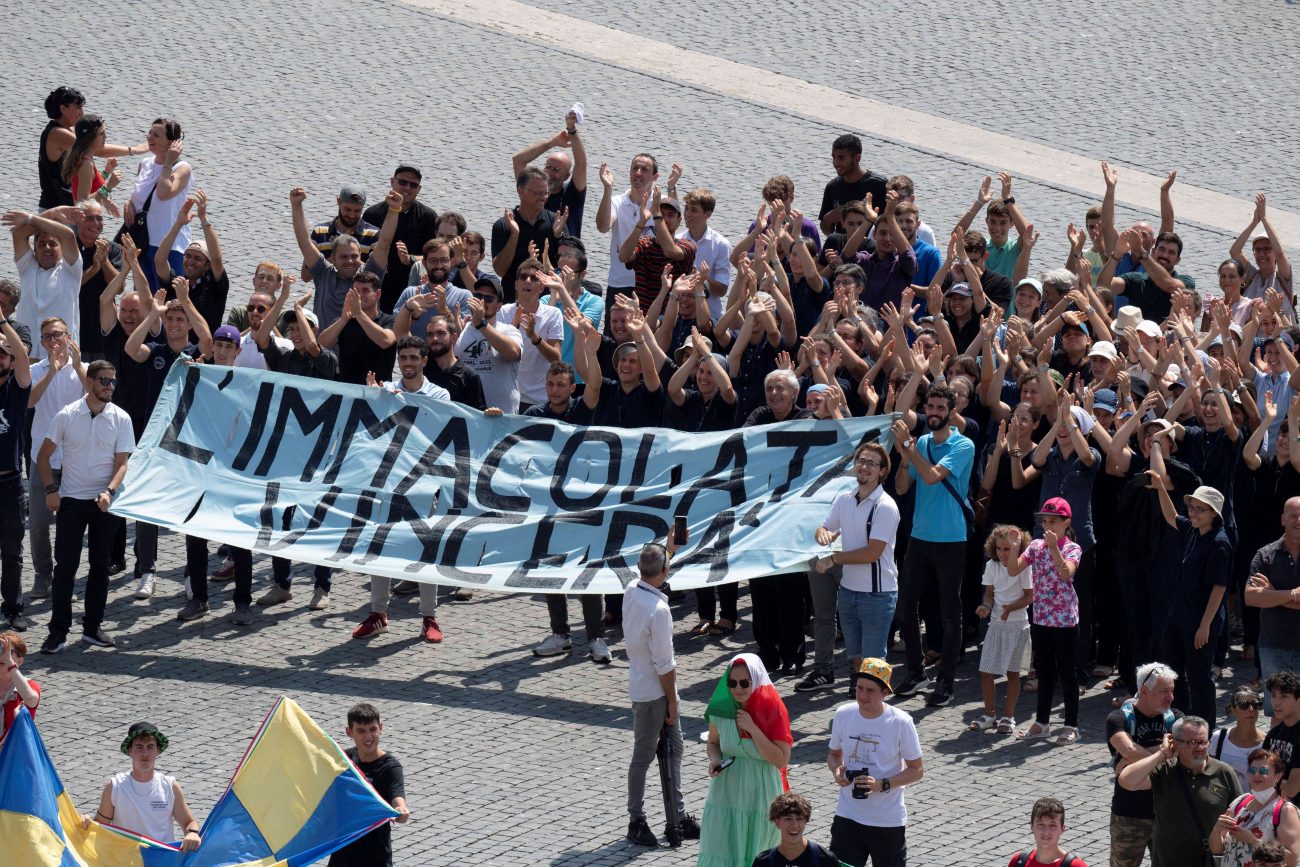 Pilgrims gather as Pope Francis leads the Angelus from the window of his studio overlooking St. Peter’s Square at the Vatican Aug. 15, 2022, the feast of the Assumption of Mary. (CNS photo/Vatican Media)