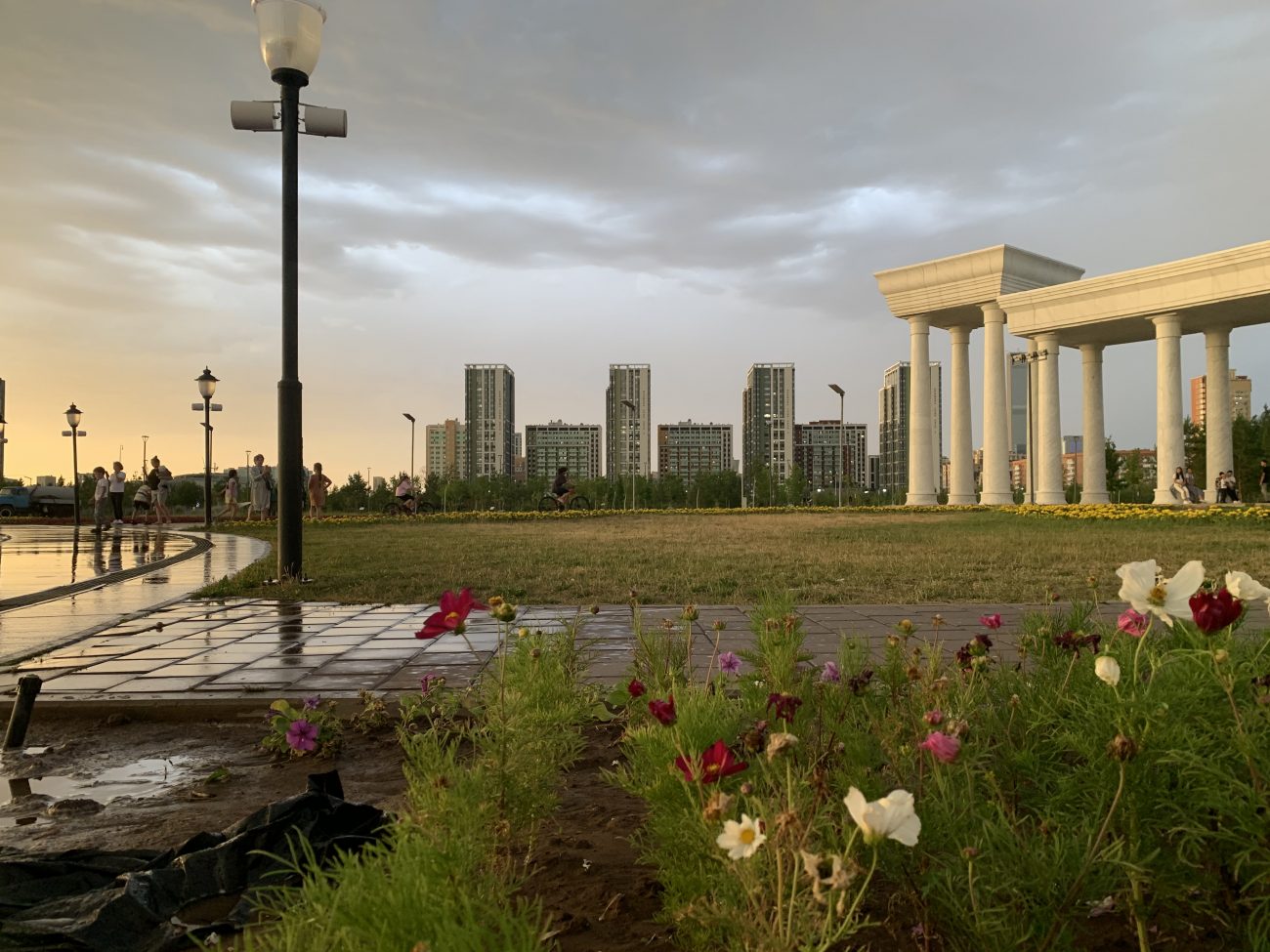 A botanical garden in Nur-Sultan, capital of Kazakhstan, is seen in this June 25 photo. Pope Francis will visit the city Sept. 13-15 for an interreligious conference at which Russian Patriarch Kirill, whose nation has invaded Ukraine, will also be present. (Diamond Moore/Wikimedia Commons)

VATICAN CITY (CNS) — Pope Francis’ September visit to Kazakhstan will mostly focus on a gathering of religious leaders from around the world, but it will also include a Mass and meeting with Catholics in this Muslim-majority nation.

The Vatican Aug. 2 released the pope’s schedule for the Sept. 13-15 trip, which also includes private meetings with religious leaders and his fellow Jesuits.

Kazakhstan is a former Soviet Republic in Central Asia that gained independence in 1991. After experiencing Soviet-led atheist policies, the new nation adopted a secular form of government.

While there was a revival of religious practice and identity, religious movements and missionaries from foreign countries also began gaining influence in the nation, according to a 2018 report by the Stockholm-based nonprofit and nonpartisan research and policy organization, the Institute for Security and Development Policy.

Rather than following a more Western approach of wide religious freedom, the country adopted increasing restrictions aimed at countering extremist influences after a number of incidents of terrorism. It also adopted measures hoping to encourage the revival of traditional religious communities and ensure stability and harmony in society, the report said.

Of the country’s more than 19 million people, about 70% are Muslim and 26% are Christian — Russian Orthodox being the majority. Nearly 3% identify as atheist and less than 1% as other.

Upon his arrival in the nation’s capital of Nur-Sultan, the pope will meet with the country’s president, Kassym-Jomart Tokayev, as well as with government authorities and members of the country’s diplomatic corps.

Here is the detailed schedule released by the Vatican Aug. 2. Times listed are local, with Eastern Daylight Time in parenthesis:

— 7:30 p.m. (9:30 a.m.) Meeting with authorities and members of the diplomatic corps at the Kazakh Central Concert Hall. Speech by pope.

10 a.m. (12 a.m.) Silent prayer of religious leaders followed by the opening and plenary sessions of the VII Congress of Leaders of World and Traditional Religions at the Palace of Peace and Reconciliation. Speech by pope.

10.30 a.m. (12:30 a.m.) Meeting with bishops, priests, deacons, consecrated persons, seminarians and pastoral workers at the cathedral of Our Lady of Perpetual Help. Speech by pope.

3 p.m. (5 a.m.) The congress at the Palace of Peace and Reconciliation concludes with the reading of a final declaration. Speech by pope.