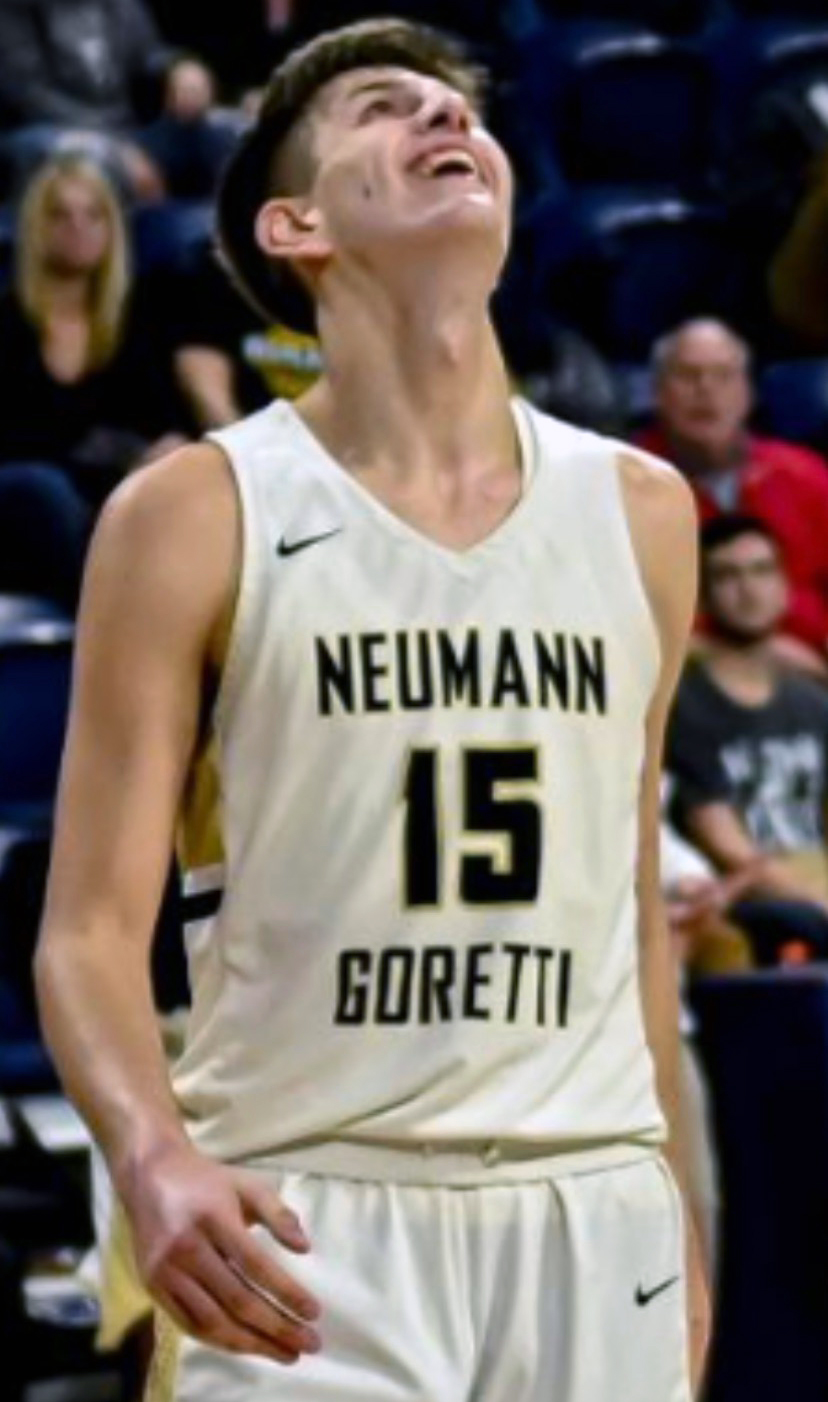 The buzzer had finally sounded, and Neumann-Goretti had just defeated two-time defending champion Roman Catholic, 66-58. Players and fans streamed all over the Palestra floor to celebrate the Saints’ first Philadelphia Catholic League title since 2014.

In other words, a typical day at the office.

“We were just telling ourselves that this is the last game for the PCL,” said Vespe. “We just had to give it our all, leave everything on the floor, and go home with no regrets.

Those were Vespe’s words in 2020. After the 6-foot, 7-inch forward graduated from Neumann-Goretti the following year, he enrolled at IMG Academy in Bradenton, FL, a preparatory boarding school and basketball haven for players who decide to transition with their sport from high school and college.

He gladly accepted. Now, he can’t wait for his long-awaited college freshman season to begin.

Ironically, one of FGCU’s assistant coaches is Matt Griffin, who coached the Roman Catholic squad that Vespe helped defeat.

“Thinking back to my senior year of high school about what college I wanted to attend, there were a couple of things that I was looking for,” said Vespe. “The main thing that I was looking for was an amazing coaching staff that I have a good relationship with. I also wanted to go to a school that that has a winning history and develops their players.”

Vespe’s high school coach, Carl Arrigale, has recorded the most titles of any PCL coach. Among his 12 was this past year’s 61-57 victory over Archbishop Ryan at the Palestra.

Arrigale lauded Vespe as both a player and person.

“Blaise was the perfect fit for our group when he came,” said Arrigale. “He was a developing athletic, talented kid. He fit well in what we like to do as a program. We do not win the championship in ’20 without Blaise. He was instrumental in our success.

“He’s a great kid. He was selfless and he sacrificed a lot, as did his teammates, to become a champion. I really enjoyed coaching him.”

“I learned a lot from playing in the PCL,” he said. “It has definitely prepared me to play at the college level. To be honest, I don’t feel like there’s that much of an adjustment that I had to make because every team that I have played on has had eight or more Division I players.

“Of course, there is always more to improve on and learn, but playing for advanced-play school teams helped me so much. Also, doing a post-grad year at IMG helped me tremendously with my personal development and learning more about the game.”

Discerning his next step involved where he could see himself over the next four years, not just as a player, but as a student and young man.

“What went into choosing FGCU was how much their coaching staff stood out to me,” he said. “The first time I talked to (first-year coach Pat Chambers) on the phone, we had an amazing conversation and got along very well. I also love every single one of the assistant coaches.

“Outside of the coaching staff, I loved the campus when I took my visit, and everything else about the school really stood out. They have beautiful facilities and a winning program.”

For those who view basketball as a long-range plan, Vespe said it’s pivotal to push forward with courage, conviction, smarts, and realism.

“Find their way with basketball means to never give up because everybody’s path and journey are different,” said Vespe. “When it comes to actually working out, it is better to work out with a purpose once or twice a day than to work out three, four times a day. Quality over quantity.”

Words of wisdom from an eager and well-prepared college basketball player.

NEXT: Catholic League standings through Oct. 27