Indian Catholics in the five-county archdiocesan area recently gathered to celebrate their heritage, which Philadelphia Auxiliary Bishop John McIntyre described as “a marriage” between culture and faith.

The bishop was the principal celebrant at a Sept. 17 opening Mass for the 2022 Indian Catholic Heritage Day, which took place at St. Thomas Syro-Malabar Catholic Forane Church in Northeast Philadelphia following a welcome procession with traditional instruments.

After the liturgy, at which Bishop McIntyre was joined by several concelebrants, participants gathered in the parish hall for an IACA general meeting and a cultural pageant that featured musical and dance performances.

“Each and every one of you has brought to our country … the beauty and uniqueness of your culture, and at the same time and more importantly …. to the life of the church,” said Bishop McIntyre in his homily.

Together the four groups represent a legacy that traces its origins to the evangelization of St. Thomas the Apostle, who according to tradition arrived in southwestern India in A.D. 52, founding seven Christian communities in modern-day Kerala before his martyrdom some twenty years later near what is now Chennai.

Early believers in India were known as “St. Thomas Christians” or “Nazranis,” those who followed Jesus of Nazareth. Over the centuries, the number of faithful grew under the guidance of the church of East Syria. In 345 A.D., a Syrian merchant named Thomas Cana settled in the Malabar region and established a renowned Christian community with several families.

The arrival of Portuguese colonizers in the late 15th century complicated the development of Christianity in India. Latin-rite missionaries sought to divest the Indian church of its Eastern Catholic roots, and in 1665 a formal schism arose among Indian Christians. Those who remained in communion with Rome developed into the Syro-Malabar Church, which Pope Pius XI formally established as a hierarchy in India in 1923. 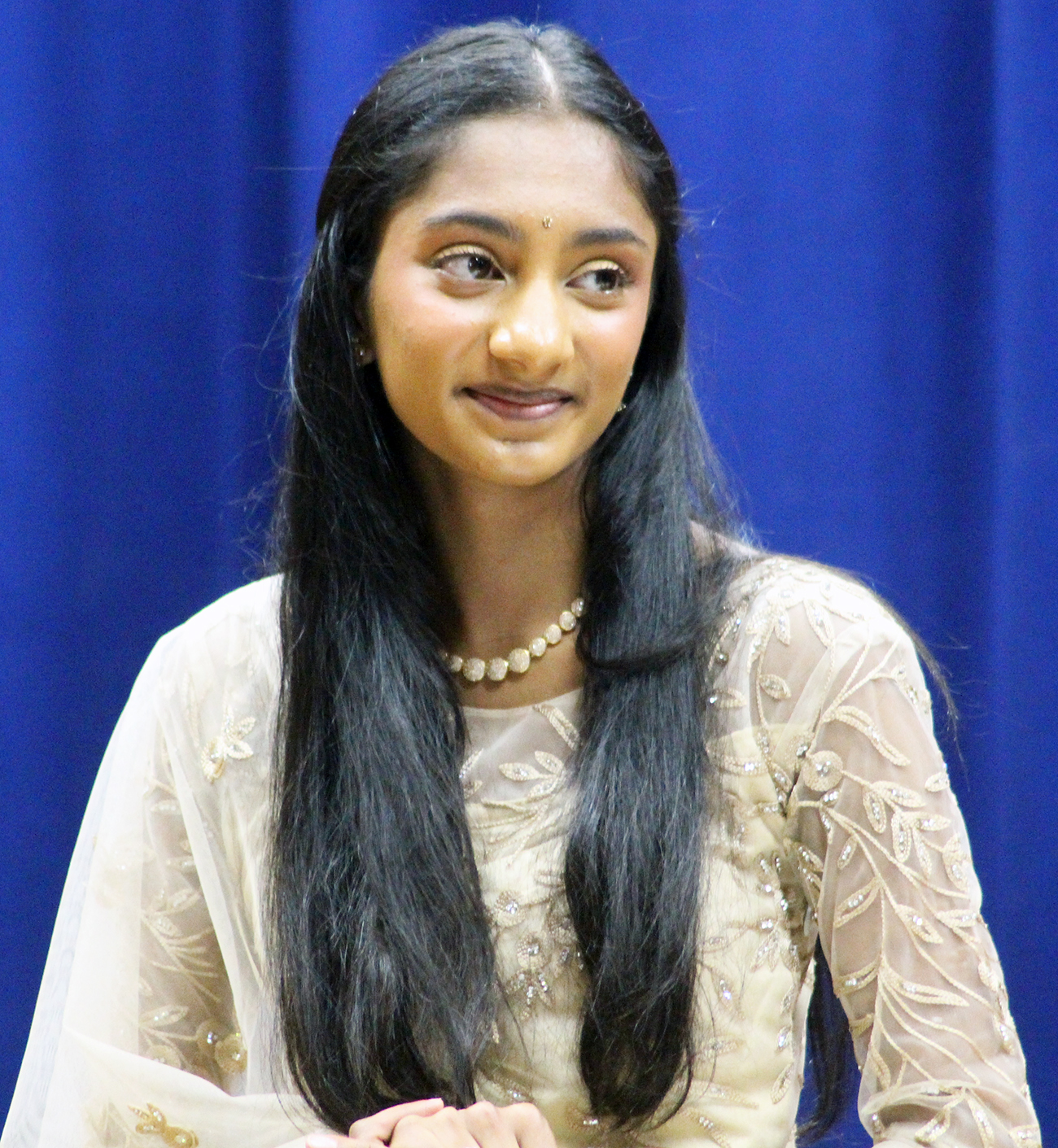 That same year, Pope Pius XI raised the Vicariate Apostolic of Kottayam, created in 1911 for the Knanaya Community, to an Eparchy. In 1930, members of the Malankara Orthodox Syrian Church entered into communion with Rome, becoming the Syro-Malankara Church under Pope Pius XI in 1932.

Earlier this year, Indian Catholics welcomed the canonization of their first lay saint, Lazarus Devasahayam, a Hindu court official who converted to Christianity and was martyred in 1752 due to his embrace of the lower-caste community of believers.

“He very devoutly, fully and with great love for God lived out his faith, day in and day out,” said Bishop McIntyre.

That same zeal has infused successive generations of Indian Catholics, said Sister Jocelyn Edathil, a Sister of the Imitation of Christ and an internist at Temple University Hospital.

“India has a long history of Christianity,” she said. “So many Catholics are descendants of those early converts of St. Thomas the Apostle himself.”

Describing Indian Catholics as “very devout” and “very intense,” she pointed to the example of St. Teresa of Kolkata, an ethnic Albanian who became a citizen of India, where she founded the Missionaries of Charity (MC) and served the most destitute.

“If you think about Mother Teresa, you see a major sign of Catholicism as a woman in an Indian sari,” said Sister Jocelyn, referencing the MC congregation’s habit. 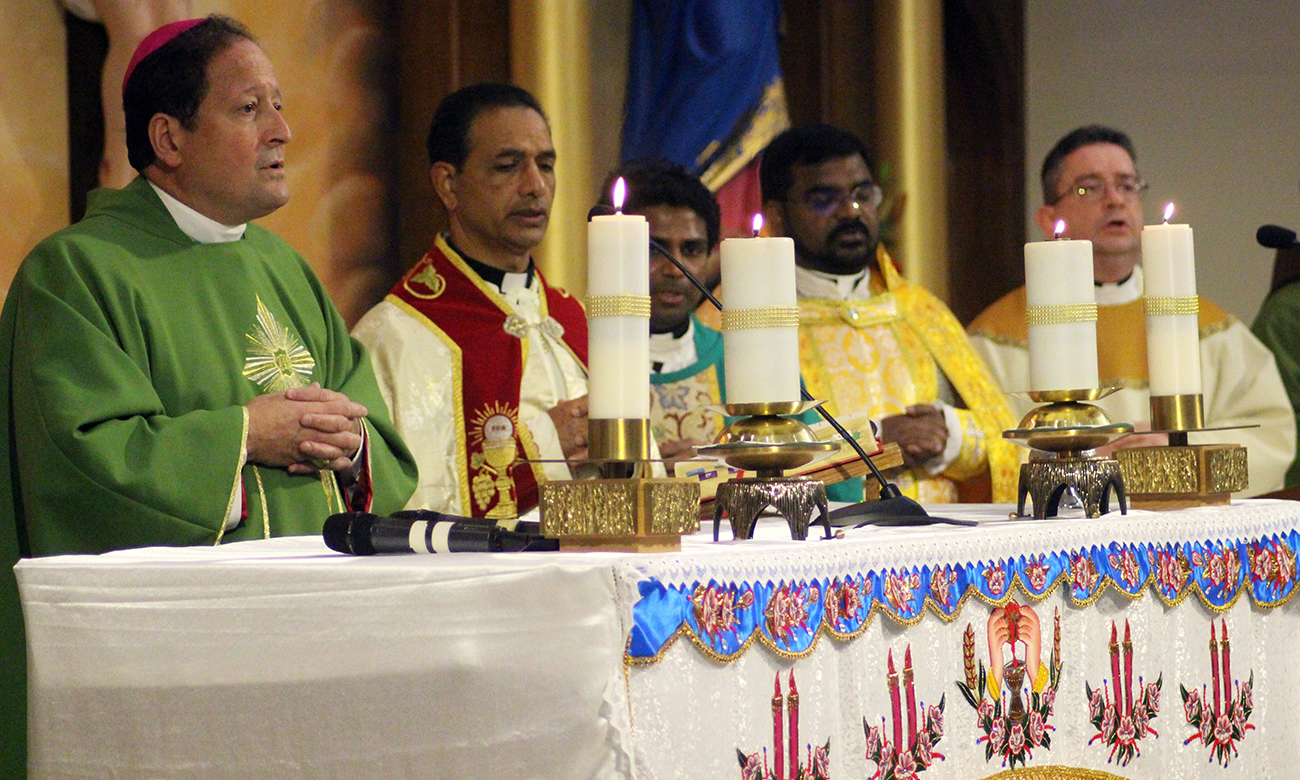 “If you look at the statistics, India produces the third largest number of religious sisters in the entire world,” she said. “I personally know at least 10 young women who have entered (religious life). It’s a great blessing to see more young Indian American Catholics to give up everything for Jesus.”

That same commitment to service is also exemplified through lay vocations. IACA member and St. Thomas Syro-Malabar parishioner Amilyn Thomas is continuing her human rights advocacy – which led to her addressing the United Nations in 2021 – while pursuing her studies in neuroscience at college.

“I’m so thankful for the Indian American Catholic Association,” said Thomas, addressing attendees after being honored at the Heritage Day’s reception. “Thank you for this community, and for supporting and encouraging me always.”

In the coming years, IACA will continue to foster faith and service, said Chirayath.

“Looking at the horizon, Indian Catholics will play a major role in Catholicism,” he said. “Even with the decline in the number of priests, I can see potential for many Indian priests to come as missionaries and to fill the gaps. Over the years, Indian Catholics have never lost their beliefs, their traditions, their family values, their devotion to Mass and the rosary. And they’re still trying to uphold those things in this new land.”

NEXT: On pilgrimage, Mary is the tour guide to deeper relationship with Jesus