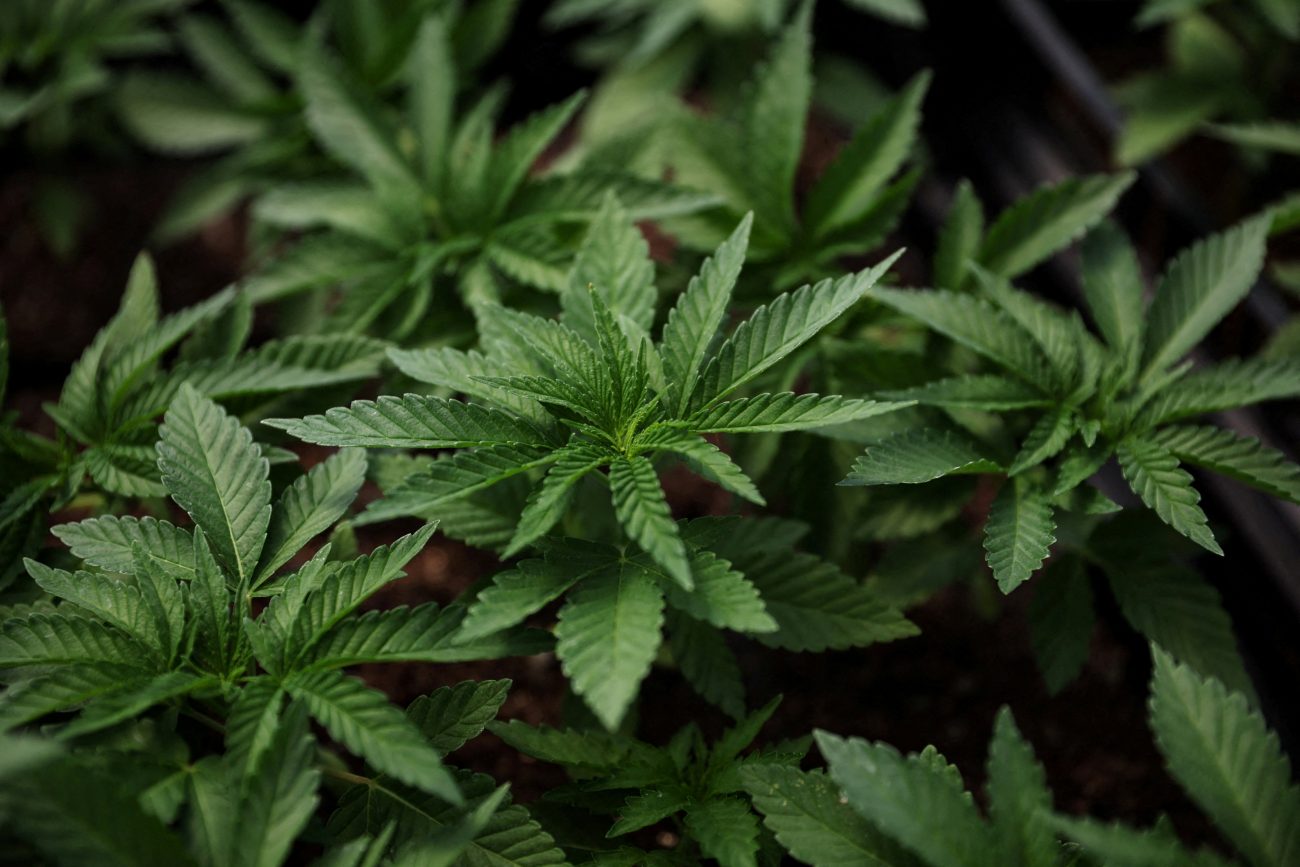 Marijuana plants for the adult recreational market are seen inside a greenhouse at Hepworth Farms in Milton, N.Y., July 15, 2022. (CNS photo/Shannon Stapleton)

JEFFERSON CITY, Mo. (CNS) — The Catholic bishops of Missouri are asking voters to vote “no” on Amendment 3, which would legalize recreational use of marijuana in the state.

“We believe that marijuana legalization will negatively impact Missouri families, health outcomes, communities and workers,” the bishops said in a joint statement released by the Missouri Catholic Conference.

They signed the statement Sept. 30 and it was posted on the website of the state Catholic conference Oct. 7. Election Day is Nov. 8.

According to the Missouri Secretary of State’s Office, a “yes” vote on Amendment 3 “will amend the Missouri Constitution to remove state prohibitions on the purchase, possession, consumption, use, delivery, manufacture and sale of marijuana for personal use for adults over the age of 21.”

“The amendment would also allow individuals with certain marijuana-related offenses to petition for release from prison or parole and probation and have their records expunged; along with imposing a 6% tax on the retail price of recreational marijuana.” it said.

Passage of this amendment would require a simple majority of voters.

Missouri’s bishops said they are concerned that the social costs of increased marijuana usage would outweigh any state revenues to be generated by a taxable marijuana industry.

They said that although usage will be restricted to age 21 and older, legalization sends the message that marijuana is safe and socially acceptable.

They pointed out that many states that have legalized recreational marijuana have the highest teen usage rates.

“We know that regular marijuana use has been connected to respiratory problems; mental health issues — including increased anxiety and suicidal thoughts; and learning, memory and attention loss,” the bishops stated.

They also expressed concerns about how legalization would affect the state’s workforce.

“In addition to impacting worker productivity and safety, increased marijuana use could hinder individuals’ ability to find or keep meaningful employment, especially in jobs that require drug testing,” the bishops stated.

They echoed Pope Francis’ conviction that reducing drug addiction “will not be achieved by the liberalization of drug use.”

“Instead,” the bishops stated, “we must address those underlying social and economic issues that can lead to substance abuse.”

“For these reasons,” the bishops said, “we urge Catholics and all persons of goodwill to oppose Amendment 3.”

Colorado and Washington were the first two states where marijuana was legalized for recreational use; in each state voters approved it via ballot initiative in 2012.

In the intervening years, nine additional states — Alaska, Oregon, California, Nevada, Maine, Vermont, Massachusetts, Michigan and Illinois — plus the District of Columbia have likewise legalized it, either by ballot initiative or legislative action.

NEXT: Bishop Seitz criticizes expansion of Title 42 to ‘vulnerable’ Venezuelans