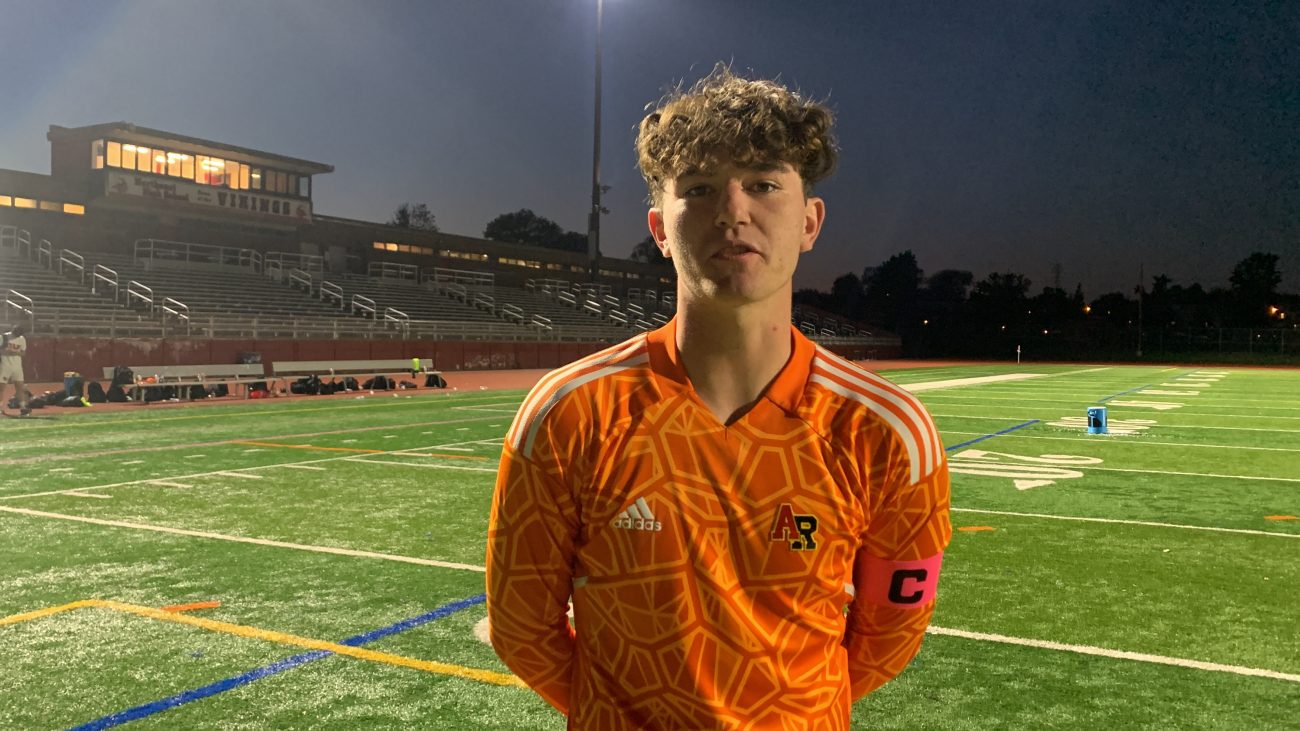 Every athletic team sets goals before the season. Most are relatively modest. Finish with a winning record . . . make the playoffs . . . and see what happens.

The strongest teams, however, set their sights much higher. A winning record and playoff spot are, no disrespect to opponents, a given. The main goal is to capture a championship . . . and then another.

But a storybook campaign ended in disappointment in a loss to Phoenixville in the first round of the PIAA Class 3A state tournament, a decision that required penalty kicks after a 2-2 double-overtime draw.

The Ryan player most intricately involved with both the win and the loss was senior Joey Phillips. As goalie, Phillips serves as the last line of defense. Though certainly a team sport, a great individual performance by Phillips potentially hides the foibles of teammates.

But don’t expect the likable gentleman to name names of those who might have made mistakes. Ultimately, the only thing he cares about is the final score.

“I was extremely lucky enough to be able to accomplish something that many senior athletes dream about,’ said Phillips. “When you win a soccer game, if feels great in the moment and maybe lasts until the next morning. But nothing sticks with you like winning a championship. And to be able to end my senior season the way that I did is truly unbelievable.”

Phillips was referring to the Raiders’ nail-biting win over Father Judge in the league final October 29 at Northeast High School. A five-seed after a 6-3-2 regular season, the Raiders were able to avenge each of their three defeats in the playoffs.

It began with a 1-0 win over Roman Catholic in the quarters, continued by virtue of a 2-0 win over two-time defending champion LaSalle in the semis, and culminated with a win over Father Judge in a classic final that required penalty kicks after the two teams tied 1-1 following two back-and-forth overtime periods.

Phillips’ contribution to the victory was, in a word, epic. Not only did he stop three penalty kicks out of six Judge attempts, but he scored what proved to be the game-winner on the Raiders’ sixth try, which gave them a 4-3 advantage that held up after Phillips thwarted the Crusaders’ final boot. Research indicates that no other goalie has ever scored the game-winning goal in a PCL championship.

A booming celebration that lasted about 15 minutes followed, as fans needed to separate themselves from the victors so they could claim their coveted plaque.

Less than two weeks later on November 8, Phoenixville sullied state title hopes by outscoring the Raiders by 4-2 in penalty kicks.

“Unfortunately, all good things come to an end,” said Phillips. “We did not know that we would sadly end our season that night. It was a hard loss, but the team had a tremendous year to look back on and be proud of.”

Phillips, who remains undecided on a college selection, labeled himself “super blessed” to share a remarkable season with teammates and coaches.

“We had a remarkable year,” said Phillips. “We definitely had our fair share of problems and losses, but in the end, our hunger and drive to win was too strong for our opponents.

“During the course of the season, the team and I were so lucky to have a great coaching staff that taught us how to have the will to win. Our coaches would say stuff like ‘Will you continue to run when the destination is unknown?’ and ‘Don’t mistake activity for achievement.’

“I know it will be hard to look out on that field every day at school and wish for one more practice, one more game, one more year with this program that has made me feel like family for four years.”