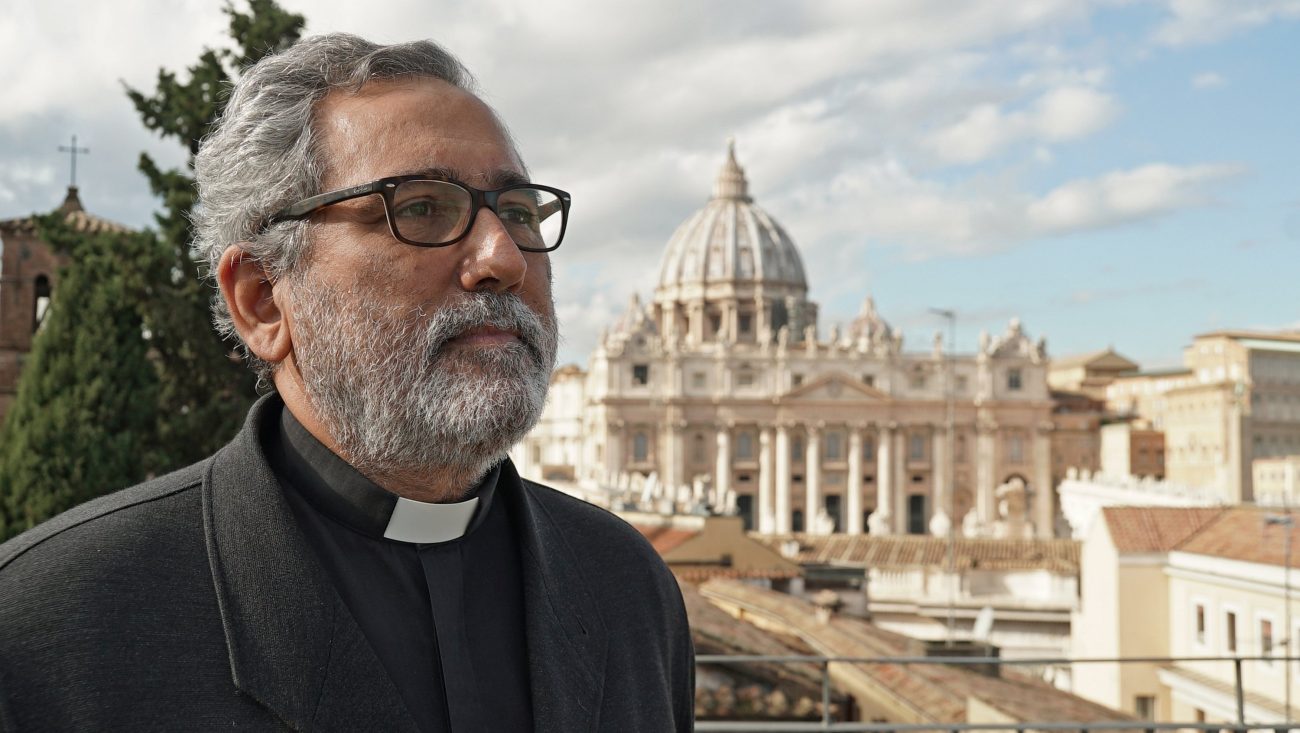 Jesuit Father Juan Antonio Guerrero Alves, prefect of the Secretariat for the Economy, is pictured in an undated photo. Father Guerrero has resigned for health reasons. Pope Francis has appointed the office's general secretary to succeed him. (CNS photo/courtesy Society of Jesus)

Three years after Pope Francis appointed him to speed up financial reforms, transparency and budget controls at the Vatican, Jesuit Father Juan Antonio Guerrero Alves has resigned for health reasons.

The Vatican announced Nov. 30 that Father Guerrero was stepping down as prefect of the Secretariat for the Economy and Pope Francis had named Maximino Caballero Ledo, the secretariat’s general secretary, to succeed him.

Unusually, the announcement included “deep thanks” to Father Guerrero “for the dedication he has shown in serving the Holy See” and for succeeding with “a strong and challenging work that bore much fruit.”

In a letter to staff of the secretariat, Father Guerrero said he had undergone surgery and was continuing medical treatment, which is “producing certain side effects that make it particularly difficult for me to fulfill such a demanding task” and that “requires better physical efficiency and mental concentration than I have at the moment.”

While he said he was sad to be leaving, the Jesuit told staff that over the past three years they had “made a contribution to the economic reform called for by the Holy Father himself.”

“Together, and in collaboration with other curial institutions, we helped the Holy Father take important steps in the economic organization of the Roman Curia, in transparency (and) in the credibility of the Holy See in what concerns economic matter,” he said.

But he also listed areas where work is still underway, including: centralizing investments rather than having multiple offices handling their own; clarifying and simplifying the rules for purchases and awarding contracts; and completing the setup of the new Directorate for Human Resources.

Father Guerrero’s successor, Caballero, joined the office in 2020 after having worked in finance at an Illinois-based health care company, Baxter International, for more than 13 years. Born in Merida, Spain, in 1959, Caballero is married with two children and is a childhood friend of Father Guerrero.