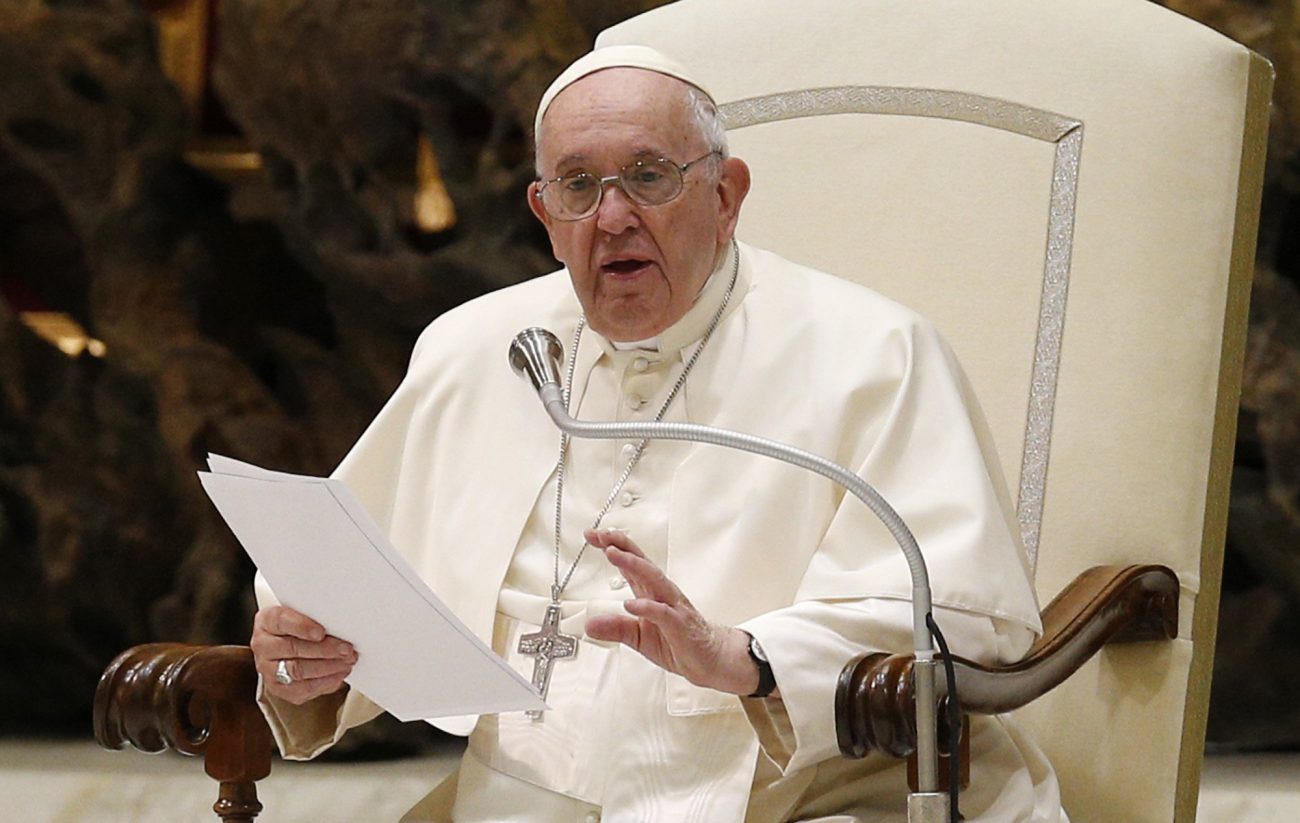 Pope Francis speaks during his general audience in the Paul VI hall at the Vatican Dec. 14, 2022. (CNS photo/Paul Haring)

Celebrating Christmas is important and beautiful, Pope Francis said, but he asked people to spend less on their celebrations this year and donate the savings to help the people of Ukraine.

As he has done at his general audiences since Russia invaded Ukraine in February, the pope asked pilgrims and visitors Dec. 14 to express their “closeness to the martyred Ukrainian people, persevering in fervent prayer for these brothers and sisters of ours who are suffering so much.”

“Brothers and sisters, I tell you, they are suffering so very, very much in Ukraine,” the pope said.

“I want to draw your attention to Christmas, which is coming, and to the festivities,” he said. “It’s beautiful to celebrate Christmas and have parties, but let’s reduce the level of Christmas spending a bit; let’s have a simpler Christmas with more modest gifts.”

And, the pope said, “let’s send what we save to the people of Ukraine, who are suffering so much.”

People in the country are hungry and cold, he said.

“And many die because there are no doctors and nurses available,” the pope said.

Celebrate Christmas “at peace with the Lord,” he said, and “with Ukraine in your hearts.”

NEXT: Put down the phone, look to God, look at others, pope tells kids