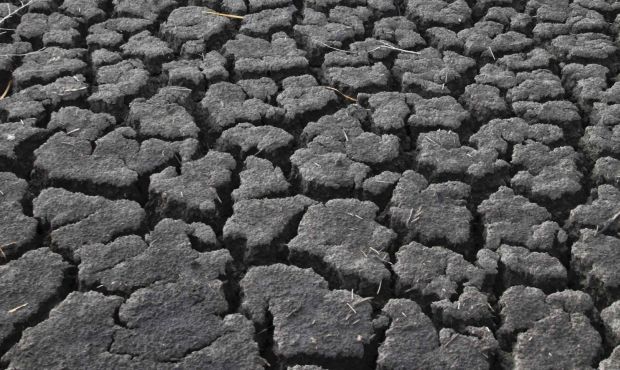 SACRAMENTO, Calif. (CNS) — California’s Catholic bishops are asking Catholics and all people of faith to pray for rain as lower-than-normal rainfall in the state enters its third year.

“Water is essential to who we are as human beings,” said Bishop Jaime Soto of Sacramento, president of the California Catholic Conference of Bishops, in a Jan. 6 posting on the conference’s website. “Our reliance on water reveals how much we are part of creation and creation is a part of us.”

Drought has not been officially declared in the state, but the shrinking levels of groundwater and reservoirs and a reduced snowpack are becoming increasingly evident.

Bishop Soto offered a prayer all could say to ask for rain:

“May God open the heavens and let his mercy rain down upon our fields and mountains. Let us especially pray for those most impacted by water shortages and for the wisdom and charity to be good stewards of this precious gift. May our political leaders seek the common good as we learn to care and share God’s gift of water for the good of all.”

The state Catholic conference’s website also includes prayers taken from the Roman Missal and Catholic Rural Life’s “Rural Life Prayer Book” as well as sample prayer intentions to use during the general intercessions at Mass.

Los Angeles averages 14.93 inches of rainfall a year; the average for its suburbs can range from just under that amount and up to 22 inches or so a year. San Francisco averages 20.78 inches. Sacramento, the state capital, averages 21.17 inches. San Jose and Stockton average between 14-15 inches. The state’s wettest locale is the Smith River basin, which averages 84.36. inches of rain; the driest spots are Anza and Holtville, which average 2.85 inches.

“If current trends continue, the 38 million residents of California could face many economic, health, safety and quality of life challenges from the current water shortage,” the California Catholic Conference website posting said. “Some of the highest unemployment in the nation, for instance, is already in California’s rural farming communities. Water shortages could make matters worse in these devastated communities.”

It added, “Annually, wildfires threaten homes and livelihoods as well as the safety of the men and women who must fight the fires. Workers in the water-, outdoor- and snow-recreation industries face loss of income. Water is vital for food production, sanitation, power generation, environmental protection and transportation. In a severe drought people could also face increased respiratory ailments, heat-related emergencies, and mental stress.”

The website quoted passages from “The Compendium of the Social Doctrine of the Church” to underscore the need for “careful stewardship.”

“By its very nature water cannot be treated as just another commodity among many, and it must be used rationally and in solidarity with others. The distribution of water is traditionally among the responsibilities that fall to public agencies, since water is considered a public good. If water distribution is entrusted to the private sector it should still be considered a public good,” one passage says.

“The right to water, as all human rights, finds its basis in human dignity and not in any kind of merely quantitative assessment that considers water as a merely economic good. Without water, life is threatened. Therefore, the right to safe drinking water is a universal and inalienable right.”

PREVIOUS: Jesuit who is nationally known peace activist no longer member of order

NEXT: Chicago Archdiocese to release documents on past child sex abuse cases