Indian novice affiliate rape story turns out to be hoax 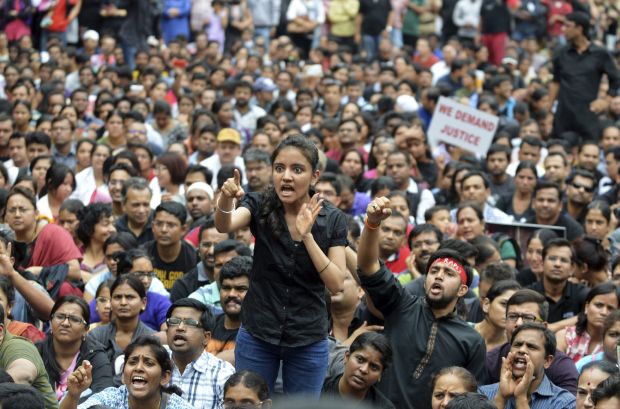 NEW DELHI (CNS) — Church officials have expressed embarrassment that a nationally publicized gang rape of a novice affiliate in southern Bangalore turned out to be hoax.

Police have detained the girl and sent her to juvenile custody.

“We are embarrassed. I have no comments on this,” Archbishop Bernard Moras of Bangalore told Catholic News Service Aug. 6 after news spread in the media that the 16-year-old had not been raped at all.

(See related story on sexual violence in India: Cleric blames surge of rapes in India on pornography, loss of values)

The girl, who joined the “come and see” program of Holy Nativity Convent in a suburb of Bangalore in June claimed that two strangers who pressed the convent’s bell had drugged and raped her when she opened the door July 15.

Holy Spirit Sister Mary Margaret, secretary of the Bangalore unit of the Conference of Religious India, told CNS that following persistent questioning by the church counselors and police at the hospital where she was admitted, the girl confessed to making up the story.

Sister Margaret said the girl had been sexually abused by her friend at a school festival in neighboring Andhra Pradesh state and out of fear of pregnancy she “enacted the drama.”

PREVIOUS: Pope to send envoy to Christians forced from their homes in Iraq