Burns: Church must ‘remain vigilant’ to protect children from ‘scourge of abuse’ 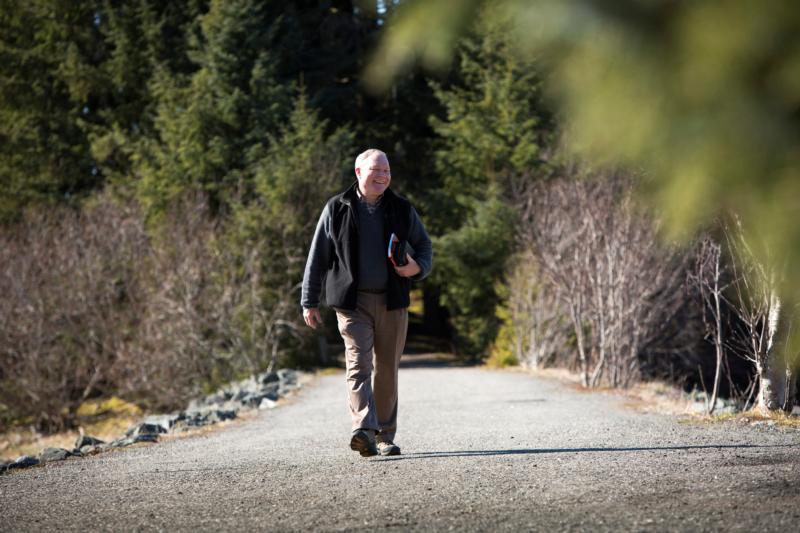 Bishop Edward J. Burns of Juneau, Alaska, walks outside of the Shrine of St. Therese in Juneau in this 2014 photo. (CNS photo/Nancy Wiechec)

WASHINGTON (CNS) — A Pennsylvania grand jury report on clergy sexual abuse of hundreds of children over several decades and an Oscar win for “Spotlight,” about the Boston abuse scandal, “brought painful, but important, reminders that we must remain vigilant in our efforts to protect children from the scourge of abuse,” said Bishop Edward J. Burns of Juneau, Alaska.

The bishop made the comments in a March 3 statement as chairman of the U.S. Conference of Catholic Bishops’ Committee on the Protection of Children and Young People.

“We must never lose sight of the fact that every victim/survivor has personally experienced profound injury, suffering and betrayal,” Bishop Burns said.

He referred to the report released March 1 by Attorney General Kathleen G. Kane, which says that at least 50 priests or religious leaders in the Diocese of Altoona-Johnstown, Pennsylvania, were involved in the abuse and diocesan leaders systematically concealed the abuse to protect the church’s image.

The report identifies priests and other leaders by name and details incidents going back to the 1970s. Kane said that much of the evidence revealed in the report came from secret archives maintained by the diocese that was only available to the bishops who led the diocese over the decades. The report also took law enforcement to task for “perhaps looking the other way.”

The report credited Bishop Mark L. Bartchak, the current bishop of Altoona-Johnstown, who was appointed to the diocese in 2011, for reporting abuse allegations to authorities and removing accused priests from ministry.

“It is heart wrenching and shocking to hear of this grand jury report or of any incidents of abuse, and it is even more disturbing when we learn that innocent children were abused by priests within the church,” Bishop Burns said in his statement. “Once again, the wounds inflicted through these heinous crimes have caused great pain and further mistrust in the church.”

He said that although he could not speak to the specifics in Altoona-Johnstown “and would defer to the Pennsylvania Catholic Conference as to any statewide impact, like everyone, I read the news with great pain.”

He noted that the movie “Spotlight,” which won the Academy Award for Best Picture, “chronicles the courage of the victims and the journalists” who told abuse victims/survivors’ story. The film is about the Boston Globe in 2002 breaking the story on the abuse scandal when it began publishing articles about the sexual abuse of minors by priests and accusations of a systemic cover-up by church officials.

Bishop Burns referred to remarks about the film from the current archbishop of Boston, Cardinal Sean P. O’Malley, and from L’Osservatore Romano. Both the paper and the cardinal said “Spotlight” was an important film for all who have been impacted by the tragedy of abuse.

“These moments are a reminder why the ‘Charter for the Protection of Children and Young People,’ adopted by the U.S. bishops in 2002, exists and must be followed,” Bishop Burns said. “This highlights all the more the importance that we never grow complacent. As stated in the charter, we are to cooperate with law enforcement agencies, permanently remove those who have offended, and effectively create a safe environment for our children.”

“Only with vigilance can we ensure that children are kept safe and so allow the church to help our people in a process of healing and address the mistrust that rises from these cases,” Bishop Burns said.